Recently I saw the Stratford production of Tomson Highway’s The Rez Sisters. It was about the dozenth production of this play I’ve seen but the first one in about ten years. Full disclosure, I’ve always been a Highway fan. All in all, the production and script holds up remarkably well … once I got used to hearing the word “Indian” being repeated. In these politically correct times, even Indigenous theatre is being affected.

Most BIPOC people have benefitted from the tidal wave of wokeness that has hit our society. For the most part, it has been a positive experience. A few decry the movement. As a humourist, it’s sometimes made it a little more difficult to satirize or ridicule society, but also, as a First Nations writer, I am given a bit more liberty to play around with the changing rules. So many times I’ve heard the phrase “you can say that but I can’t.” Sometimes clawing your way out of colonization can have its benefits.

But back to my point. A decade or so ago I saw a production of the musical The Fantasticks at Toronto’s Soulpepper Theatre. It’s a weird play with a Caucasian character running through it perpetually dressed in a full scale, cliché'd Indian (yes, I know I said it. Call Human Resources if you dare) headdress. I’m not sure what the point that was trying to be made was but sometimes in theatre you just have to go along for the ride. I’ve been known to have Native people dressed as settlers running across the stage wearing Birkenstocks, waving a briefcase full of low fat Greek yogurt, just for the hell of it.

At some point in The Fantasticks, one of the other main characters comments about the aforementioned feathered gentleman by saying something to the effect of: “He’s not really a Native American/Canadian.” I forget the exact reference but within the original text, the term used was “Indian.” I remember raising an eyebrow at the acknowledgment at the impropriety of the character but still thinking that doesn’t do much to rescue the show. In fact, the attempt to add political correctness to such a character only made the travesty more obvious.

Just prior to last year’s COVID-19 clampdown, there was to be the premiere of a play written and directed by Guy Sprung at Infinitheatre in Montreal called Fight On! It was about Charles Dickens’s third son, Francis, who spent eleven years as a Mountie out west during the North West Rebellion. It’s one of those snippets of Canadian history that many do not know. I did not. Unfortunately, several of the Indigenous cast members in the production were uncomfortable with the rampant usage of the term “Indian” in the epic play. I find this understandable, but I also find it difficult to imagine Sir John A. Macdonald, a plethora of Mounties and racist settlers saying “We have to do something about those damn First Nations people!” I’m sorry to say, but it sort of goes with the era.

One of my favourite stories exploring this issue took place in Toronto. An Indigenous woman who had witnessed the production of a certain play complained about how two characters being played by Indigenous women were being repeatedly intimidated on stage by the non-Native male leads, and at one point, a character felt threatened by a pulled knife. Eventually in the show, both women died as a result of direct and indirect actions of men. Even though this was all in the script, this patron found it somewhat triggering and complained.

It was a production of Hamlet, and the Indigenous women were playing Gertrude and Ophelia. I’m not sure what you do in a situation like that? Rewrite the script to allow them to survive and prosper? Make sure no Indigenous women are cast in those roles? No … that would be a whole different category of complaints. Do an all Indigenous production of the play? Actually, I like that one but there would still be the issue of the women being under threat by men. Except this time they would be Indigenous men. Coincidentally, both actresses were absolutely delighted to be doing Shakespeare not as First Nations actors, but just as actors. I don’t think we have a word in our language for conundrum.

And then there’s the play fareWel by Indigenous writer Ian Ross. Winner of the 1997 Governor General’s Award for Theatre, I doubt it will ever be produced again. It’s a searing comedy, exploring the complexities of life on the reserve, but that actually has nothing to do with it. There is a character in it, actually one of the more interesting ones, whose dark skin has earned him the nickname … well, let’s just say it’s commonly referred to as the “N” word. No, not “Native,” but a term frequently used by racists referring to members of the African American community.

The irony here is that nicknames are exceedingly frequent in First Nations communities. Commonly grotesque and inappropriate ones too. Growing up, I knew a guy named Anus. I remember cringing uncomfortably when I saw the production and heard the character’s name repeatedly uttered, thinking this could be problematic. Oddly enough, back in the 1990s, it wasn’t. As I said, it won a major award. But I don’t know if there’s a theatre company out there today willing to take on that extra baggage.

I’m thinking of writing a survival manual, on working in the complex and crazy world of Indigenous theatre. I’m thinking of calling it All the World’s a Stage … Depending Who Colonized It.

Opinion
Watching a wrestling match between a man and a woman is an uncomfortable spectacle in this #MeToo and MMIWG era
August 10, 2021 Opinion
For some, the definition of ‘settler’ is as difficult to pin down as reconciliation
July 21, 2021

Opinion
Amanda Boyden’s new book, I Got The Dog, is commendable for offering little in the way of schadenfreude
July 5, 2021 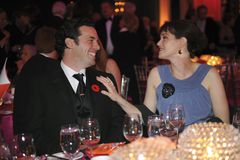