On a Tuesday evening earlier this summer, a couple of dozen citizens were gathered in the upstairs room of a ramshackle British pub in Ancaster, Ont., throwing back pints and receiving a crash course in the tantalizing prospects of Canadian electoral math.

“The Trudeau government, their majority is just 14. Seven seats go the other way, the majority disappears,” explained Daniel Bernhard, a wiry fellow with a sharp mind and a gift for cutting to the heart of a matter. “If you look at those closest 14 seats in the last election, it’s just 13,000 votes. Which means if just 6,500 people in seven ridings had voted differently, the Liberals would have a minority government. And they understand that math as well as we do.”

If Bernhard’s math is, in fact, slightly off – the Trudeau government’s majority is currently 16 seats – his point is correct: A small number of people could make a very large difference in the election this October. And so he had come to this Hamilton neighbourhood, armed with a PowerPoint presentation and a fistful of petitions, to buy the locals a round of drinks in hopes of enlisting them as foot soldiers in a battle for Canada’s very soul.

Friends is still tub-thumping for CBC: It is currently in the midst of a campaign urging the government to increase funding from approximately $34 per capita to $50. But under Bernhard’s leadership, the organization has also moved to capitalize on a much more explosive issue, positioning itself as one of the most prominent critics of Facebook at a time when suspicion of Silicon Valley giants is leaching into the mainstream.

In February, Friends played host to the first all-candidates debate in the Burnaby South by-election (the race won by Jagmeet Singh), positing the question: “Can Canada Survive Facebook?” Over the past few months, it has turned up the heat on the social-media giant, appearing before Parliament and launching a newspaper and social-media campaign calling on all federal leaders to “Unfriend Facebook.”

Bernhard sees the election in October as a prime opportunity to make Friends’ influence felt, urging the federal government to bring the digital giants to heel by applying stronger regulations and eliminating what it sees as tax loopholes. Noting the way fake news was weaponized on Facebook to influence U.S. elections and the Brexit referendum, Bernhard says the government needs to “reduce the poison and increase the medicine”: that is, boost financial support for both CBC and other Canadian journalism initiatives.

“Our proposition for this election is really clear,” Bernhard tells the group, standing beneath a large cut-out poster of a glass of Guinness, as he lays out Friends’ “WeChoose” campaign. “There’s a choice. We can choose to continue this policy of ‘anything goes’ for Silicon Valley. We can choose to continue extremely generous exemptions, tax breaks, all kinds of benefits for the companies that have negligible or arguably negative effects on society. Or we can support Canadian broadcasting.”

He adds: “More important than what we choose, is that we choose. Because right now we’re in a situation where the people who decide what is acceptable public speech are not accountable to us. They’re sitting in California, trying to make as much money as possible with as little responsibility as possible.”

His words – especially about the threat of fake news – seem to have hit their target. The crowd murmurs with concern. He explains that Friends intends to press candidates in 22 potential swing ridings (including Calgary Centre, Edmonton Centre, Montreal-Hochelaga, Parkdale-High Park, and Northumberland-Peterborough South) to carry their message back to the party leaders.

“The candidates know they’re in these tight ridings. They go around, they see our signs, they see our activity and when they’re on their weekly call with the campaign headquarters, we want them to say: ‘You know, I’m in a tight race here and there are all these folks with this WeChoose campaign that are telling us what they want. I want to win, you want me to win, I’m in a strategically important riding, can you help me out?’”

Bernhard insists that Friends’ issues are not partisan ones. He notes, for example, that various Liberal governments have been alternately hostile or friendly to CBC, and that traditional conservative fiscal policies would seek to close any tax loopholes that give foreign companies an unfair advantage over domestic ones.

A Friends volunteer named Sue joins Bernard at the front of the room, and together they lead the group in a brainstorming session of how to best press their case over the next few months: setting up booths at local fairs, flyering neighbourhoods, conducting candidate briefings. When one man says he’d like to arm himself with facts to press Friends’ case, Bernhard directs him to WeChoose.ca, where briefing notes and printable flyers can be downloaded.

The next afternoon, Bernhard is back in Toronto at the new Friends office, above a Korean restaurant on Bloor Street in the Annex. Since taking over the organization, he has added an entirely new staff – now numbering about six or seven – building out its fundraising and communications capabilities. Bernhard himself is a fervent voice on social media. On Twitter, his handle is @SendInTheWolf: a reference to Winston the Wolf, the fixer in Pulp Fiction played by Harvey Keitel who arrives late in the film to oversee a bloody clean-up job.

Before taking the Friends gig, Bernhard founded a consulting firm, Mushroom Cloud, serving arts organizations and charities. He sees the new job as something of a mission. “My grandparents were all Holocaust survivors, they moved to South America and then gradually came here,” he says. “Canada’s been good to us, it’s given us opportunities that not many other places in the world can provide. And the media’s a huge part of that."

Bernhard likens the growing influence of Silicon Valley to a hostile takeover that the federal government hasn’t even cared to prevent.

“Do you know Edward Luttwak’s book, Coup d’Etat, A Practical Handbook? He says that [in conducting a coup] there are three teams of commandos you need. A goes to Parliament, B goes to critical infrastructure – bridges, power plants – and C goes to broadcasters, radio, newspapers. And we’re deciding here in Canada we’re just going to give that stuff away to companies that have no regard for our public interest.” 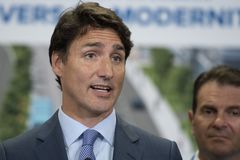 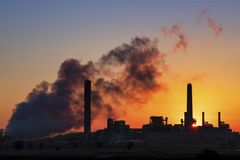 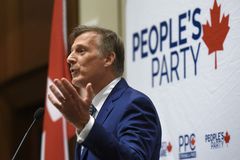