A leg injury this summer caused the postponement of a number of his scheduled concerts, but Gordon Lightfoot didn’t appear to be on the limp while attending the Canadian premiere of Girl From the North Country at the Royal Alexandra Theatre in Toronto recently. The 80-year-old troubadour spoke to The Globe and Mail about the Dylan-inspired musical, Joni Mitchell’s kitchen table and a stage production of Lightfoot songs that never got off the ground.

I took a fall in July while I was doing my workout routine. But I’m getting around now. I’m not in pain.

I saw Girl From the North Country. Many of the Bob Dylan songs in the musical I’d never heard of, though there were five titles I recognized immediately. Hurricane, which they did on the Rolling Thunder Review tour in ’75, is dedicated to the boxer Ruben Carter. I recognized that one, and I recognized Like a Rolling Stone, Slow Train, of course, and Forever Young. But there are 20 songs of his in the musical. I’d hear a song and think “Did Bob write that?” But there it is. I give them credit for digging deeply into Bob’s repertoire.

Forever Young came out great, and two or three other ones really filled the room. I enjoyed the concept and the production. But who doesn’t enjoy a live performance like that?

The subject of doing a musical based on my songs was approached at one point by a group from Stratford Festival. I had a meeting with them a few years ago. I was going to pick out some song titles, and dig deep into my own stuff. But nothing ever became of that, which was fine by me. I was always busy.

I do go out and see music. I saw Tom Rush at Hugh’s Room here in Toronto last year. He was a real luminary from the folk revival in the 1960s, and the first person to do a Joni Mitchell tune. I remember, back in the day, we were all hanging out together at Joni’s place in Detroit. She and [husband] Chuck had a three-floor walk-up apartment. At that point, Joni didn’t have a record deal, but she wasn’t far off. Tom and I were listening to these amazing tunes of hers at the kitchen table. I didn’t pick up on them, but Tom did. He’s a gifted artist. I go see him because I think he’s a great performer.

I’ll have new songs out sometime in the new year, in the spring. I hope I’ll perform again. Sometimes I wonder. But when I do perform, I feel like the connection with my audience is very strong. I can feel it. It’s a wonderful place to be, on stage. I’ve been told the audience is just happy to spend a couple of hours with me. I like to think the feeling is mutual. 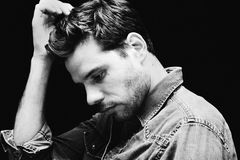 Dan Mangan on the ‘arduous’ process of songwriting
September 11, 2019 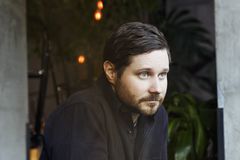 ‘When I’m not in motion, I guess I’ll be dead’: Dance icon Louise Lecavalier on her quest for perfection Subscriber content
August 12, 2019 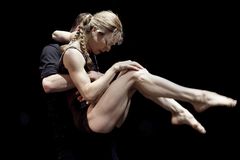