A graphic novel has made the longlist of the Man Booker Prize, Britain’s most prestigious literary award. The nomination marks a major breakthrough for the format.

Nick Drnaso’s “Sabrina,” a work that Zadie Smith called “the best book — in any medium — I have read about our current moment,” is the surprise name among the 13 finalists announced Monday.

It appears alongside Rachel Kushner’s “The Mars Room,” Sally Rooney’s much-hyped “Normal People” and Michael Ondaatje’s “Warlight.” Ondaatje won the Booker Prize in 1992 for “The English Patient,” and this month won a special “Golden Booker” for best winner in the award’s 50-year history.

Graphic novels have previously been nominated for — and won — the National Book Award, the U.S. equivalent of the Booker. But they have never been nominated for the main fiction category in either the United States or in Britain, despite many achieving critical and commercial success. If Drnaso wins, it would be the biggest moment for the graphic format since Art Spiegelman’s “Maus” won a special Pulitzer Prize in 1992.

“Sabrina” is the story of a killing in Colorado, but focuses on the internet rumors and conspiracy theories that emerge around it and the effect on those left behind. “It’s an unnerving mystery told by a rigorous moralist, a profoundly American nightmare set squarely in the first year of the Trump presidency,” wrote Ed Park in The New York Times Book Review. “It’s a shattering work of art.”

The Guardian said that reading the novel “is an experience akin to watching a movie. It’s as if the lights have gone down: absorbed and gripped, the skin prickles.”

“Of course it was in our minds that this is the first,” said Kwame Anthony Appiah, the chairman of the judges. “But when the right novel comes along and it’s in your 13 favorites, you put it in the list.”

“The impact of this is the same you have from any great work of fiction,” he added. “You think, ‘Wow! I’ve gone through experiences here. I’ve been made to ask questions and feel emotions.’”

It is not the only unusual finalist, he added. The poet Robin Robertson’s “The Long Take,” about a World War II veteran with post-traumatic stress disorder, is written in verse.

Drnaso is one of three American authors nominated for the prize, alongside Kushner and Richard Powers for his acclaimed ecological novel “The Overstory.”

The Booker Prize has been surrounded by controversy since 2014, when it was opened up to anyone writing in English, and became dominated by Americans. It had previously been limited to writers from Britain, Ireland, Zimbabwe and Commonwealth countries.

In 2016, Paul Beatty won with “The Sellout,” while last year George Saunders won for “Lincoln in the Bardo.” Since then, criticism has only grown. In May, a literary society that counts Margaret Atwood, Ian McEwan and Zadie Smith among its members demanded the rule change be reversed.

Appiah laughed when asked if the nomination of the first graphic novel would distract from that controversy. Drnaso is American, he said, and the controversy could reappear if the shortlist, due in September, is dominated by Americans. 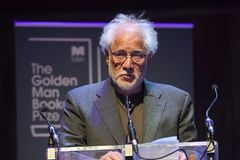 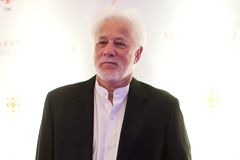 What’s hot to read in translation, from the Man Booker International short list and beyond
May 18, 2018 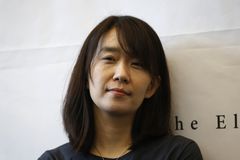