This past Friday, Joe Rogan treated his audience to a three-hour long conversation with Kanye West, one of the most prolific and heterodox visionaries of our time. In a sense, it was the quintessential Joe Rogan podcast – filled with priceless insights, words of wisdom and riveting, long-winded tangents about life, mental health and creative pursuits. In one memorable exchange, Rogan asked Kanye why so many think the musician is insane, to which he replied: “When I talk, it’s not a rant, it’s a symphony of ideas.”

Rather than giving definitive answers on how to live – to be God-believing or atheistic, vegan or meat-eating, liberal or conservative – Rogan’s prominent podcast is a canvas for exploring all perspectives of life. Whether it’s Elon Musk teasing his next paradigm-shifting invention, Lex Fridman exploring the evolution of artificial intelligence, Whitney Cummings discussing relationships and dating, Bridget Phetasy describing her journey of overcoming debilitating hypochondria or Tim Dillon sharing his research in political science, Rogan engages with a diverse range of ideas and topics. And after joining streaming service Spotify in September with a reportedly US$100-million deal, his audience has continued to expand and grow. On Thursday, the company said The Joe Rogan Experience is now the No. 1 show in its English-speaking markets and has “outperformed our audience expectations.”

Watching Joe Rogan’s show has been critical to shaping my worldview as a 19-year-old freshman criminology student and a contrarian looking beyond simplistic ideological narratives and writing on topics such as race, policing and criminal justice. Growing up, I always viewed education as something strictly confined to a classroom environment. But watching Rogan has made me realize learning is a life-long pursuit. Recently, I rewatched his podcast with evolutionary biologists Bret Weinstein and Heather Heying. As generally uninterested in biology as I may be, the duo’s evolutionary insights into the modern landscape of dating and social interactions were fascinating. In one viral clip, Weinstein and Heying brilliantly explain the biological difference between “hotness” and “beauty.”

The polarized, radioactive nature of today’s discourse stratifies society into various political factions and effectively disincentivizes finding common ground. You’re either a conservative or liberal – no middle course exists, and dissenting opinions in any political thought bubble are treated with scorn and derision.

Because of my generation’s ideological bent (61 per cent of Gen Z positively views “socialism” and a third of young adults support abolishing the police), many young people couldn’t be more averse to The Joe Rogan Experience. For them, his platform is a bastion of “transphobia,” “racism” and “Islamophobia,” as one commentator wrote in Vox. Recently, Spotify held 10 separate meetings with their employees to debate removing Wall Street Journal journalist Abigail Shrier’s controversial episode, wherein she promoted her new book, Irreversible Damage, and discussed social dynamics behind the sharp concentration of transgender identification among clusters of young female groups.

However, these facile objections overlook Rogan as a prominent comedian known for pushing the envelope – and, more importantly, as someone genuinely interested in exploring pressing topics, as hot-button or taboo as they maybe.

Occupying a kind of middle zone between the polarized factions of our society, I find myself in my natural habitat watching Rogan as he engages in long-form conversations that challenge the status quo. For example, retired Navy Seal Jocko Willink, though hardly a political figure, appeared on the podcast in the aftermath of George Floyd’s death to discuss why police officers need more rigorous and holistic training to deal with high-pressure situations. In a dense episode with Ben Shapiro this summer, the two debated the interplay between culture and environment in shaping life outcomes. Rogan emphasized systemic barriers to success, while Shapiro maintained his position about personal responsibility and self-agency. Moments such as these force both liberal and conservative listeners to re-evaluate their perspective and foster a fundamental level of critical thinking missing in our mainstream discourse.

For more spiritually curious listeners, there’s plenty of rich content to chew on. As an inquisitive agnostic frustrated with the rigid norms of organized religion – and the hollowness of secular culture – I became fascinated by Rogan’s philosophical dialogues on the illusions of free will with Sam Harris last year. I consequently downloaded the neuroscientist’s Waking Up meditation app and became deeply interested in the concept of mindfulness and alternate states of consciousness.

In another episode, guest Raghunath Cappo talked about his six-year experience living as a monk in Northern India and studying the Bhagavad Gita. Rogan asked Raghu whether he really bought into the otherworldly and mythological concepts in the Hindu scripture. Raghu replied, “The truths I can extract from it are real – whether the [Hindu] war actually happened ... it’s a leap of faith.” Rogan definitively agreed. The discussion mirrored professor Jordan Peterson’s grandiose explanations on the podcast of reading the Bible as a series of symbolic literary narratives filled with metaphorical truths.

Spurred by the spectacle of two middle-aged white guys exploring Hindu theology, I decided a couple of months ago to start reading the Gita myself and explore my Indian roots. And as a result of watching various spiritual explorations on Rogan’s podcast and his frequent promotion of mindfulness, I recently completed my first four-day silent meditation retreat. Inspiration, subtle or life-changing, is part and parcel of The Joe Rogan Experience.

Rogan is a revolutionary in a sense, transcending the quotidian rhythms of life and ideological boundaries of political discourse without ever losing his signature light-heartedness and relatability. For young people lost in the endless loops of modernity, searching for meaning, success, education and understanding of the vast complexities of the world, Joe Rogan’s podcast is holier than the Bible.

The power of Paul Bissonnette: How a former tough guy became the most influential person in hockey
February 15, 2020 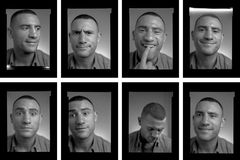 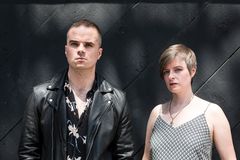 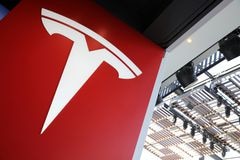