Juno nominee Andy Milne created a theory of musical medicine ... and then he was diagnosed with prostate cancer

The irony is not lost on Andy Milne.

It was the fall of 2017 and the lauded jazz pianist, professor and composer had just finished recording The Seasons of Being, his most ambitious work to date. A musical suite based on the diagnostic principles of homeopathic healing as tailored to its individual musicians, it was the culmination of the music-as-remedy theory Milne had been working on for nearly a decade. He was elated. Then doctors told him he had been living with prostate cancer the whole time. 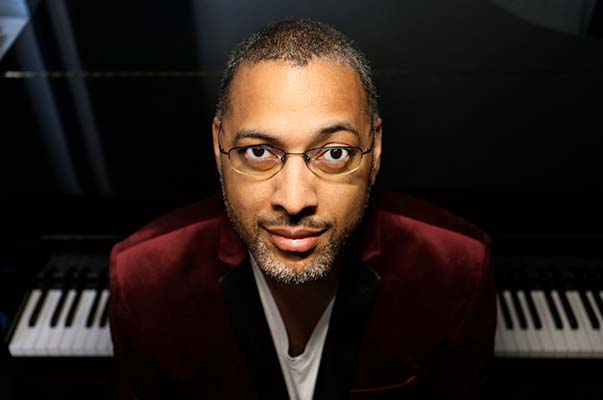 COURTESY OF THE ARTIST

“The album references there's pain in the healing, but part of it is acknowledging. You have to know something is there to heal,” he explains over the phone from his New York apartment.

In retrospect, it made sense. From its conception many years ago, The Seasons of Being had consumed Milne’s mind, bringing into focus moments from his past which had previously appeared unrelated. Weaving elements of his upbringing in small-town Ontario, subconsciously exploring his relationship to his adopted father, and the medical field as a whole, it came together as a theory that had the potential of reimagining how musicians improvised. In other words, it was his life’s thesis, and seeking it would take him deeper into his own confused heritage then perhaps he expected to go.

“I feel like every piece of this journey was important to bring about change in my life,” he says. “It goes back to me being adopted and my dad being a doctor and not knowing my medical history. Trying to understand my whole life, to piece all this information together. It's a broken code. Not knowing what's on the other side.”

“ The album references there's pain in the healing, but part of it is acknowledging. You have to know something is there to heal. VIDEO COURTESY OF ANDY MILNE

Born in Hamilton, Ont., Milne never knew his birth parents. The second youngest and only person of colour among his 10 siblings, he recalls a mostly happy childhood under the tutelage of his adoptive father, whom he describes as “a rural doctor” – an “old school” general practitioner who served the lakeside town of Kincardine, Ont., and practiced a holistic medical style, Milne says.

Showing musical aptitude in his teens, Milne was accepted into York University in the late 1980s, where, amongst others, he was a student of the late, great Oscar Peterson. After graduating, he spent the summer at the Banff International Workshop in Jazz and Creative Music, where he became a disciple of Steve Coleman’s panoptic, poly-rhythmic jazz collective M-Base, eventually moving to New York to join the collective before starting his own groove-based, multi-sectional group, Dapp Theory.

In 2010, Milne began feeling extreme discomfort in his lower back. Over the next two years, he saw a string of specialists who failed to cure his pain. Frustrated, he turned to homeopathy. Specifically, the work of David Kramer, whose philosophy of applying the theories and pathologies of healing to contemporary life reminded Milne of his father’s diagnostic ideology.

Around the same time, Milne was struggling with a musical block he had discovered while working in the jazz studies program at NYU. He found that, on occasion, when it came time for an improvised solo, a student would back out, “they would say, ‘I’m just not feeling it.’” he explains. Occasionally, Milne himself would echo that feeling, “though my professionalism would never let me act on it.”

“ I had three individuals who all shared the same pathology and I wanted to experiment in a way, to join their experiences into one piece of music.

He began studying the phenomenon, and discovered he could train his ear to hear that reluctance. “Once I could hear when [influential pianist] Keith Jarrett didn’t want to do a solo, I could never unhear it,” he points out.

What if, he posited, he could use the diagnostics of homeopathy to create a musical remedy? That is, write specific musical passages which would “cure” the maladies of the improvisor, with the end goal of making both the musician and the listener feel at ease.

Working with Kramer, he conceived a list of questions which each member and featured soloist would fill out: “‘Do you have an attraction to thunderstorms?’ ‘A fear of the dark?’ ‘What’s your relationship to animals?’ From there we examined what their remedy would be in homeopathy."

Milne also had the performers listen to 30 to 40 seconds of music and to describe what resonates with them, “positively and negatively.” He then grouped soloists with similar remedies together.

“Take, for example, Three-Way Mirror [which features saxophonist Michael Attias, poet John Moon and cellist Christopher Hoffman]. I had three individuals who all shared the same pathology and I wanted to experiment in a way, to join their experiences into one piece of music. They all shared the pathology of Sepia. From the point of view of relating to people, they’re content keeping to themselves. The famous person who embodies this pathology is Humphrey Bogart. So Three-Way Mirror is the idea of taking these three people and relating them into this one experience. The songs focus the attention on [their] cure: to be conjoined with the world. Even though there are two very distinct pieces of music in that one composition, both sections have a sense of wanting to embrace the soloist.”

Almost a year after the survey, Milne presented the work to Dapp Theory. “I wanted them removed enough from the survey that they weren’t thinking about it.” The results proved a success instantaneously and, by 2015, The Seasons of Being was affecting audiences. “I had people telling me it took them to this place of great pain, where they lost a child. When you have that power, it takes them to a very powerful place. It’s part of the healing.”

“ For me, because I was adopted, I have a very interesting perspective on nature vs. nurture. It’s hard not to ask yourself where something comes from. When it comes to having health problems, you don’t know where to look.

Still suffering from back pain, Milne entered the studio to record The Seasons of Being with his father in mind. “He passed shortly before I started composing this music. But you reflect on the way your parents affect your work. For me, because I was adopted, I have a very interesting perspective on nature vs. nurture. It’s hard not to ask yourself where something comes from. When it comes to having health problems, you don’t know where to look.”

Shortly after recording wrapped, Milne was diagnosed with prostate cancer. Following surgery in December of that year, his back pain disappeared. Ten months of cancer treatment followed.

As fate would have it, those months would prove to be some of the most successful of his career. He was offered a position at the University of Michigan, where he recently joined the Department of Jazz & Contemporary Improvisation. And on his birthday, he was preparing to perform at Jazz at Lincoln Center when he discovered he had earned his first Juno nomination, Group Jazz Album of the Year.

For Milne, who had always made his way musically back to his Canadian roots, co-writing with Bruce Cockburn or working on a score for William Shatner’s documentaries, the nomination was further proof of concept. And with a promising bill-of-health recently delivered, he sees the awards show as a sort of coming out party.

“[The Seasons of Being] was not just for the musicians playing to be plugged into this really optimized environment where they feel totally calibrated with the situation you’re plugging them into, but it’s also for the people experiencing the result of that optimization,” he explains. “It’s an album for me that’s very personal and very hard fought. I have an enormous amount of gratitude that my peers saw the artistic merit in what I’ve created here because I put a lot of myself into it. It’s revealing a lot of trauma.”