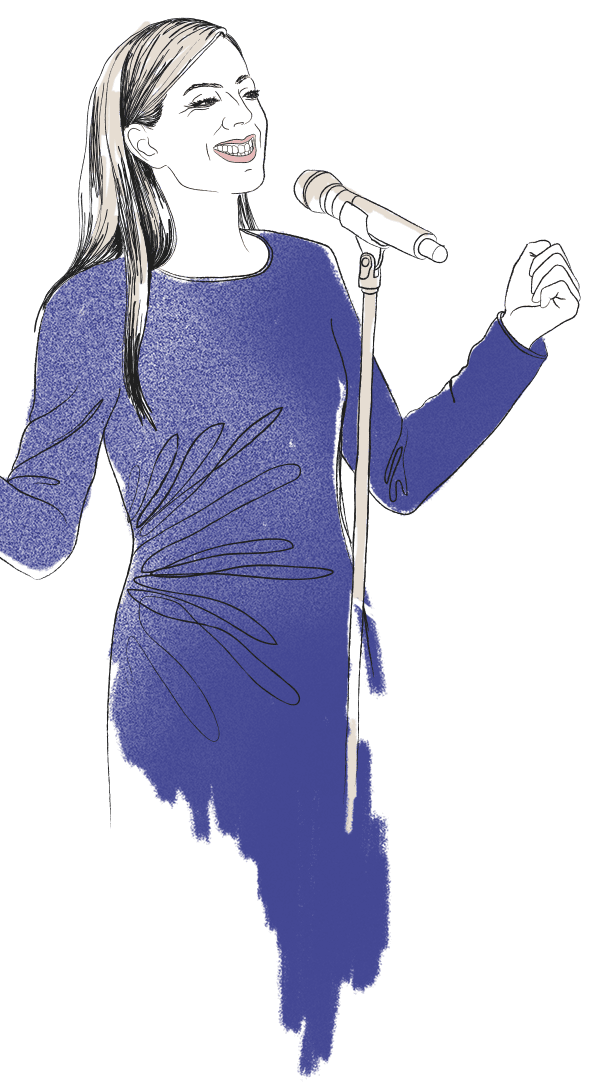 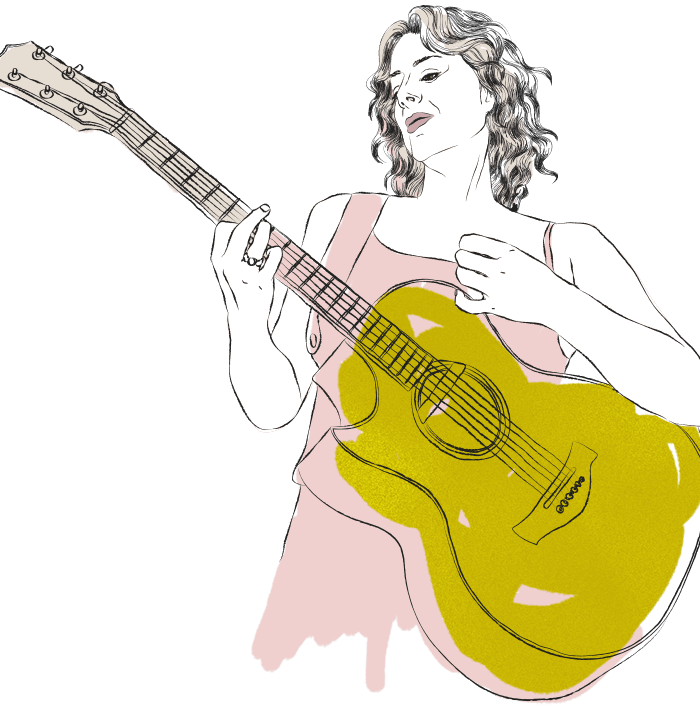 Junos 2019: Sarah McLachlan is here to spread love and joy, and she doesn’t care how corny that sounds

Before I can finish caveating that I’m not trying to coax Sarah McLachlan into a controversial quote ahead of the 48th annual Juno Awards, which she is hosting this weekend, the celebrated singer-songwriter politely cuts me off.

Before I can finish caveating that I’m not trying to coax Sarah McLachlan into a controversial quote ahead of the 48th annual Juno Awards, which she is hosting this weekend, the celebrated singer-songwriter politely cuts me off.

“I will not be talking about 16-year-old jail bait or whatever the hell he said, I’ll tell you that,” McLachlan says, after I promise I’m merely curious as to her thoughts on comments made by 2017 Junos co-host, Russell Peters. (Peters ad-libbed that young women in the crowd were “a felony waiting to happen.")

“I know he’s a comedian and I know all bets are supposed to be off," she says, "but there are children in the audience. Smarten up.”

McLachlan, a two-time Grammy winner and four-time Juno winner with 10 studio albums to her name, was appointed as an Officer of the Order of Canada in 1999 and inducted to the Order of British Columbia in 2001. In 2017, she was inducted into the Canadian Music Hall of Fame. She founded the Sarah McLachlan School of Music, now with locations in Vancouver, Surrey, B.C., and Edmonton, in 2002, and the feminist music festival Lilith Fair six years before that. (In 1997, Lilith Fair generated US$16-million, making it the top-grossing touring festival that year.) She has the stature of a dignitary, the idealism of a dreamer and the conviction of a 51-year-old woman who’s spent her entire adult life persevering through the music industry.

So, no, she is not going to use her time as Junos host to play the divisive comedian role. “You know what I’m going to use this platform for?” she asks me. The answer is perceptible before she says it. What Sarah McLachlan is going to do, is what Sarah McLachlan has always done: Uplift those who surround her, as high as she can take them. She’s aware this sounds, perhaps, unbearably earnest.

“Spreading love and joy and gratitude. I know that sounds really corny," she says. "But I think you can get your point across without being overt. One of the things that I love about music is how it unites people in a joyful manner. It elevates people. We might all have different opinions, but in this moment, we are here together. For me, that’s what I want to celebrate and focus on. I’m hoping to stay away from overtly political or social gestures. I am a musician. I’m not a political analyst. It’s not my area of expertise. It’s not because I want to shy away or because I’m afraid of being outspoken, it’s that I want to use my platform to say something that is meaningful to me, which is that I think we need more love in the world … That being said, the script isn’t written yet.”

One could interpret that last line as cheekily foretelling, but McLachlan is resolute in her mission to create positive change – for all genders, she adds – without involving herself in confrontation. It’s an ethos she’s embraced for decades. 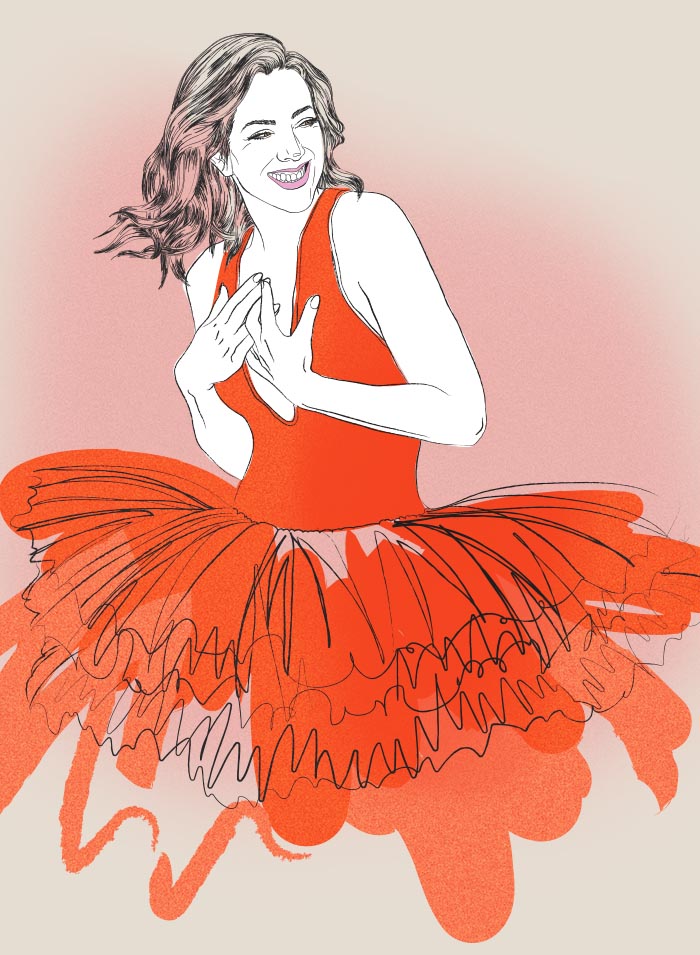 “ This ‘follow your dreams, follow your passion’ thing is too idealistic. Do something that is of service to others. When you find that, you will find passion. You will find yourself in that.

JEANINE BRITO / THE GLOBE AND MAIL

“Men in the industry said, ‘You can’t do that,'" she recalls of Lilith Fair’s origins. “And when someone says don’t do something, it’s like someone saying, ‘Don’t touch that, it’s hot.’ So I am going to touch it. I’m going to put my whole hand on it … But I didn’t want to fight Lollapalooza and H.O.R.D.E. to try and get women on their bills. I don’t want to fight the school system. I’ll just do my own thing over here.”

Although she is “slowly plugging away” at a new album, which will mark her 11th, and in the midst of a short tour, McLachlan’s current thing is, as usual, focusing on others. Much of our interview is spent discussing the work of the Sarah McLachlan School of Music, which offers fully funded music education to underserved and at-risk youth. When we talk about the since-shuttered Lilith Fair, what she beams about most proudly is not disproving her detractors (although she certainly did), but that the festival, in its prime, was able to donate thousands to women’s charities along the tour’s 33-47 city itinerary.

While still a teenager, McLachlan relocated from “barely the right side of the tracks," Nova Scotia to Vancouver, where she lived in the packing room at Nettwerk records before moving into a shared apartment. That she pursued musicianship as a livelihood was something of a risk given a childhood she describes as desperate for approval and love – neither of which are abundantly offered by audiences and music critics. Shortly before moving across the country, McLachlan played her first gig, at the age of 17 – cover songs in the Dalhousie University student union building. “I got all the validation I needed that very first night,” she says.

In Vancouver, she recorded her debut album, Touch, released in 1988. Following what is known as her breakthrough album, 1993’s Fumbling Towards Ecstasy (her third record), McLachlan released 1997’s Surfacing, on which many of her most famous songs appear. In addition to being the soundtrack of a well-known ASPCA commercial, “Angel” topped Billboard’s Adult Contemporary chart. Darryl (DMC) McDaniels, of rap group Run-DMC, has long said the song saved his life. (“I cannot overemphasize how important that song was to me in the midst of my depression,” McDaniels wrote in his 2016 memoir. “‘Angel’ kept me serene even when every fibre of my person was screaming for me to lose it [and] made me believe that I could soldier through.”) “Building a Mystery” won McLachlan a Grammy for Best Female Pop Vocal Performance. It was also featured in an episode of the HBO series Girls in 2013.

“I never saw it,” says McLachlan. “I’m pretty sure I approved it, but I’ve never seen that show.” She says she’s “useless” when it comes to pop culture, but that she just finished Shameless, which she loved, except for the sex.

It occurs to me that McLachlan’s oldest daughter is approaching the age McLachlan was when she moved, alone, across the country to launch what would become a decorated and assiduous career. (Her youngest is 11.)

“I [recently] went and listened to all these songs that are more than 30 years old now, and they brought back so many memories,” she says. “People and things that I hadn’t thought of for years. I have a different perspective of course. But there’s still me in there. The essence of me hasn’t changed.”