The Assistant is not about Harvey Weinstein. Yes, the boss is a movie mogul (unseen, but heard) who growls threats and appears to be sexually abusing actresses and female staffers. But it’s not about a lone predator. It’s about what enables predators.

“It’s about a toxic system that is structured against women,” Kitty Green, the film’s writer/director, said in an interview in Toronto on Monday. “I’m trying to show the way employees are forced into positions, not willingly, and become dehumanized and complicit over time.”

Green does that by zeroing in on one long workday of the title character, Jane (Julia Garner, great in Ozark and The Americans, and perfect here). As Jane moves through her tasks – copying ratings reports, sticking fasteners into scripts, scrubbing bodily fluids off a sofa, washing coffee mugs, escorting a naive employee to a hotel – Green gives no task more weight than any other. This is genius: If she’d confined the drudgery within a montage, the boss’s abuses would have stood out more. As it is, they remain hints – insidious, but not certainties.

Which is why the film’s centrepiece scene, when Jane reports her uneasiness to her human resources rep – Matthew Macfadyen, great in Succession, and subtly slimy here – is so chilling. “He pokes all these holes in her argument,” Green says. “He gaslights her. By the time she leaves, she’s filled with self-doubt.”

Green, on the other hand, knows what she’s about. When a too-soft sofa threatens to envelop her delicate frame, she sweeps her blond bangs off her forehead and undoes the top button on her pleated pants, to prevent her waistband from chafing. She speaks briskly, with a Melbourne accent – where she was born and went to film school – and is refreshingly frank.

She wrote The Assistant in response to her own experiences. A documentary filmmaker (Casting JonBenet), she’d spent 10 years being mistaken for an assistant on sets and at festivals, even the ones where she was receiving awards. “They hand me the coats and ask where the director is,” she says, rolling her eyes.

More importantly, she was tired of having to convince people that she’s creatively in control. Her producers happen to be men well-known in the film business, James Schamus and Scott Macaulay, and people were forever asking her sexist questions such as, “Who makes the decisions, Scott or James?”

“Which is absolutely infuriating,” Green says. “At every meeting, I was spending the first half-hour convincing people I’m a filmmaker. As opposed to my male colleagues, who come in with their beards and leather jackets, and are immediately respected. It was getting to me – will anyone ever take me seriously? Is there a place for me in this industry?” (There’s no anger in her voice as she says this, only puzzlement.)

So she embarked on a research tour of U.S. university campuses, where these questions of power structures, consent, misconduct and gendered behaviour were being asked. During her trip, the Weinstein story broke, and she began phoning colleagues who’d worked for him. She widened her research to include finance and tech companies; she travelled to London, Melbourne, New York and Los Angeles. And she kept hearing the same stories again and again.

“Some pent-up anger went into this script,” she says. “How was this able to continue for so long? How was it so bad, and we weren’t speaking of it?”

The drive to make films about the safety of young women was instilled in Green’s childhood. Her parents are both artists; her mother’s photographs focus on domesticity and women’s labour. (She did a series called “Vacuum.”)

After film school, Green worked at the Australian Broadcasting Corporation and made a behind-the-scenes documentary for the actress Rebel Wilson. She moved to Ukraine for two years to shoot a documentary about its feminist movement, “with my little DSLR camera and audio recorder in my backpack.”

That film, Ukraine is Not a Brothel, brought her to the True/False doc festival in Missouri, where Macaulay was her mentor. He introduced her to Schamus. “They respected me without questioning it,” Green says. “It seemed natural and fair. As opposed to some producers I’ve met, who say things like, ‘Look at me when I’m talking to you.’ ”

In The Assistant and in all her work, Green wants to “pick away at a system that keeps women out of power,” she continues. “What is my making films strange or unsettling? Why can’t I do what my male colleagues do?”

She believes it’s all a continuum: Systemic marginalization keeps women out of power. Which leads to toxic work environments. Which are the entry points for sexual misconduct. “If you create a world that devalues women, that will lead to terrible things, like assault. That progression is clear,” Green says. “So we need to attack, not just the assault, but the broader structures that normalize marginalization and abuse." 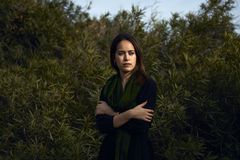 Filmmaker Brandon Cronenberg searching for his voice and identity through his art
Subscriber content
January 23, 2020 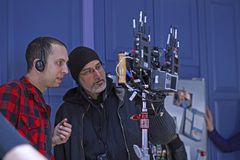 Through life, death and sex, Louise Archambault wants us to see ‘the beauty of everyone’ in her new film And the Birds Rained Down
Subscriber content
January 23, 2020 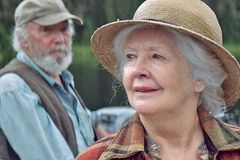