You were talking to Jacob Tierney about Letterkenny the other day ….

…. about how the series he co-writes and directs has managed to remain enormously popular and to defy categorization, through eight seasons and assorted specials. (Per Letterkenny tradition, Season 9 arrived on Crave on Christmas Day).

For the unfamiliar: There’s this Northern Ontario town, see (it’s shot in Sudbury), and our heroes are Hicks: Wayne (Jared Keeso, the series’ creator), his sister Katy (Michelle Mylett), his pals Daryl (Nathan Dales) and Dan (K. Trevor Wilson). There are also Skids who do meth, and Hockey Players, and they all indulge in copious wordplay, and we watch them go about their lives, and no one conforms to any clichés about who you think they’re going to be. Their conversations – which range from masturbating in space to ants riding Sea-Doos to the sound a vagina might make in a breeze – feel natural and unforced. There’s brawling without violence. There’s boozing, smoking and sex without judgment or punishment. There’s generosity of spirit without sappiness. There are dogs.

Now this fella, Jacob Tierney. In addition to co-writing the series with Keeso and directing most of the episodes, he plays Glen, Letterkenny’s closeted, churchy jack of all trades. (He also writes and directs other things, including the film The Trotsky). You keep him on the phone so long, trying to parse how he pulls things off, he finally asks you, “Is this a hostage situation?” He’s joking, you’re sure.

“Our most ardent fans all say a version of, ‘I did not think this show was going to be for me,’” Tierney says. “Everyone feels like it’s their secret.”

As usual, everyone is wrong. It’s the number one Canadian show on Crave; in 2020 it was the number three driver of subscriptions (right behind Game of Thrones and Canada’s Drag Race, if you need any more proof that Canadian tastes are eclectic). “It was fantastic right from the beginning,” says Tracey Pearce, the Crave executive who greenlit the show. “When I got that first rough cut, I knew I’d either be a hero or get fired.” Hulu acquired the U.S. rights in 2018, and SBS Viceland the Australian rights in 2019. Brad Pitt proclaimed himself a fan on an Oscars red carpet. Seasons 10 and 11 are ready to shoot in spring.

Tierney, who calls himself “a queer, half-Jewish guy from Montreal,” didn’t know Keeso, an actor (19-2) from Listowel, Ont., who’d caused a stir on YouTube with some Letterkenny shorts, until they met over lunch to discuss working together. They made each other laugh, and that was that.

“We’ve never had a plan about how to evolve the show,” Tierney says. “We just keep digging into what works.”

“The riffs start off as running jokes between Jared and me,” Tierney says. “We spend a lot of time together writing, and we never stop adding. The goal is to make the other guy laugh.” Tierney believes in “the most jokes,” Keeso the best ones. They’ll build a season around a small arc: Wayne is dating someone, or breaking up with someone. “But also they go to an auction,” Tierney says. “We don’t want plot to take over.” They write all the episodes before they go to camera, and block-shoot each season in about a month.

That flat framing was born of necessity, Tierney adds: “We had to shoot season one so quickly I just eliminated entrances and exits. ‘No, you don’t get to move! Just sit there!’ I wanted to give the show a look. Not mock-documentary, hand-held camera like other sitcoms. The landscapes are so big in Sudbury, I wanted to do wide frames, to accentuate a rural beauty we don’t often see on TV.”

Despite its flights of raunchiness, Letterkenny is grounded by a strong moral code. “It’s a simple rule,” Tierney says: “Jared and I both hate bullies. You can have a problem with someone, but you don’t bully them. You fight, but you shake hands afterwards. There are no cops in Letterkenny. It’s self-policing, and this no-bullying rule is the heart of it.”

There are truisms – When a friend asks for help, you help him; If you don’t stand for something you’ll fall for anything – but they aren’t lessons. There are queer and Indigenous characters, but no tokenism. Moral lines are drawn, “but they’re lines in sand, not concrete,” Tierney says. “Standing for something does not mean being rigid or dictatorial and not changing your mind. It’s an old-school morality, but applied to the world we live in now.”

Wayne is an avatar of modern masculinity (you know he’s moved when he narrows his eyes and gazes out a window). “But only when it’s a force for good,” Tierney says. “His toughness is not a threat to anyone. He recognizes his power and authority, but he doesn’t use it to make other people feel small. It’s about being a protector, whether he likes someone or not.”

The secret to Glen, on the other hand, is that “he thinks he’s Sharon Stone,” Tierney says. “He thinks he’s a femme fatale. ‘Please don’t make me seduce you!’ That’s a funny energy to put out when you look like a door-to-door Bible salesman.”

Tierney tosses you a few final theories about why audiences keep coming back: You don’t have to be from a small town to recognize these people. There’s room for everyone in Letterkenny.

Then he utters something that makes you want to squint out a window. “We moved beyond the idea of likeability,” he says. “The characters are just there, doing their own thing. We don’t care about liking them. We just want them to do something funny.”

Okay, Jacob. Jacob, okay, you’ve cracked the code of television. If a character is truly, organically doing their own thing, it will feel both original and inevitable, and viewers will want to see it. Like everything in Letterkenny, it’s that easy. 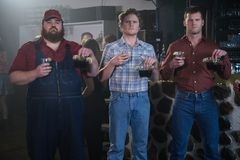 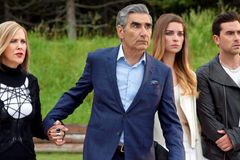