For the past few days, the Indigenous arts community has been reeling from the shock of another high-profile arts professional who has made inconsistent statements about their background. Last time, it was the Joseph Boyden storm that rocked Indigenous literary arts, and this time, Michelle Latimer, director of Trickster and Inconvenient Indian, is being called upon to address the ambiguity in her claims to Indigeneity over the years.

Community members are taking to Twitter and Facebook to openly discuss how they feel this is another example of a white settler acquiring fame and financial gain by securing funding meant for Indigenous peoples in the arts. People are asking: How could this happen? How could someone have taken up so much space for so long with no accountability?

Michelle Latimer wore a cloak of Indigeneity. What we need are authentic leaders

This exploitation continues to happen in both the art world and academia, and while it is ethically fraught, it makes perfect sense to those who are guilty of it. It makes sense because it follows the logic of settler colonialism – that anything belonging to Indigenous peoples, their identity, their art or their land, may be mined and extracted from in order to produce some sort of economic or intellectual benefit. The logic is that once someone stumbles upon or “discovers” some aspect of Indigenous being, it is appropriate to stake claim and take ... and take ... and take more. And this has always been a direct assault against Indigenous sovereignty. Sovereignty over land, body and story.

This is why Indigenous creatives including film directors, producers and actors are so important. A director is gifted with the responsibility of helping share Indigenous stories with the public. They are not simply collecting and telling other people’s stories. Rather, they are making choices that ultimately reflect their own relationship with what has been shared with them. So when an Indigenous person chooses to entrust their stories to an Indigenous writer or director, they often do so because they believe that the individual has the lived experience, cultural values and tools to hold these stories as their relatives, with utmost care and respect. They have faith that the person has the cultural intelligence and also intuition to enter into meaningful and careful relationships with their stories and thus make good choices that will lead to positive outcomes for our families, communities and respective nations. When this happens, it is a powerful act of Indigenous visual sovereignty because not only are Indigenous stories made visible, they are made visible in a way that reaffirms and strengthens our kinship and social relations.

These trusting and intimate relationships in Indigenous arts have been so important to reclaiming and exercising Indigenous sovereignty, and so when individuals enter into a relationship with Indigenous peoples and their stories under misleading pretenses, it undermines the important work that so many have struggled to make possible.

Some of my non-Indigenous friends have asked me whether they should continue to support the show Trickster in light of what has happened. My response to them has been, yes! Watch and witness the brilliance and beauty of the characters and their stories and connect them to the talented literary artist who birthed these ideas and stories into existence. Learn more about the identities and backgrounds of the Indigenous community members who made this production possible – where they come from and the communities and nations that claim them. When these kinds of truths are prioritized and placed front and centre, it will make it much more difficult, if not pointless, for someone to try to hide in, and benefit from, the cracks of uncertainty for so long.

Dr. Celeste Pedri-Spade is an associate professor of Indigenous Studies at Queen’s University. 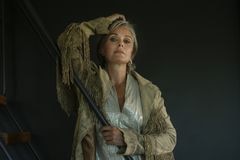 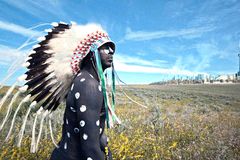 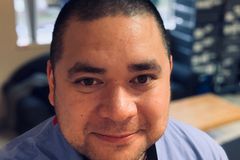