The new Netflix series Maid is a socioeconomic study that plays like a thriller. Single mother Alex (Margaret Qualley, who hitched a ride with Brad Pitt in Once Upon a Time … in Hollywood and played Ann Reinking in Fosse/Verdon) is working as hard as she can to build a life for herself and her two-year-old daughter. Despite the fact that her young pregnancy dashed her dreams of going to university. Despite her unpredictable mother Paula (Andie MacDowell, Qualley’s mother in real life), who lives with untreated bipolar disorder. Despite Alex’s ex-partner Sean (Nick Robinson), who’s abusive when he drinks too much.

But as Maid shows us, a life without means or support is like trying to build a Jenga tower on a tilting table. One missed bus, one sniffle that keeps Alex’s daughter out of daycare, one late rent payment and the whole thing tumbles down. For Alex, every day is pulse-pounding, because she’s in a perpetual race against imminent disaster.

“Quite often people don’t understand how difficult the system is,” MacDowell said in a recent Zoom interview. “They think the working poor aren’t making an effort, that they’re lazy or undeserving. But Alex’s story gives us a clear picture of how hard it is to crawl up from rock bottom. It asks us to imagine, for example, how important an extra $20 dollars might be to someone. Just that tiny bit of empathy.”

Two years ago, Molly Smith Metzler, Maid’s showrunner, was working in the writers’ room on season 10 of Shameless – another series that took on the tricky subject of economic class in the U.S. – when her boss, John Wells, handed her a book he and the actress Margot Robbie had just optioned: Stephanie Land’s memoir Maid: Hard Work, Low Pay, and a Mother’s Will to Survive. It’s based on Land’s lived experience as a single mother who cleaned houses to make ends meet. Metzler had tackled the subject of mothers from different socioeconomic backgrounds in her play, Cry It Out, which had recently wrapped a run in Los Angeles. She read the book that night and signed on the next day.

“And that was before the pandemic,” Metzler said in a separate Zoom interview. “Since then, the gap between the haves and have-nots has widened even further, and it’s getting wider. There are now more children than ever living in poverty in America. The most recent statistic I saw was that one in six elementary students go home hungry. The problem is, the haves don’t see the have-nots. We’re siloed.”

Maid unhooks the subject of class from race – the wealthiest person in the series is a Black woman, one of Alex’s clients, Regina (Anika Noni Rose). Danielle (Aimee Carrero), a Latinx woman whom Alex meets at a domestic violence shelter, arrives in a Lexus (a scene Molly witnessed when she was doing her research).

Yet entertainments about class in the U.S. are hard to pull off. For one thing, the people who make them are usually so privileged, they can twist themselves in knots trying not to condescend. For another, Americans (I’m one) don’t like to admit there is such a thing as class – their mythology is based on the possibility of upward mobility for everyone. Shameless tackled the subject with rebellious characters and subversive humour. The characters in The Conners, another rare example, are rooted in the world of the working poor. Writer/director Mike White does a brilliant job showing how the rich screw over the working class in The White Lotus (HBO) – that’s a whole other column.

But Alex’s arc is that she doesn’t belong where she is. White, intelligent, attractive, an angel of a mother, she’s our guide to the netherworld of struggle, but her quest is to climb out, and we watch to see if she’ll make it. After all, Land got herself to university; wrote a viral Vox article full of damning details about her wealthy clients; and became a New York Times bestselling author.

“This is Stephanie’s story; the character at the centre is her,” Metzler replied. “Emotional abuse happens to all kinds of people, from the wealthiest person to someone like Alex. So does mental illness. These things are equalizers. They don’t care who you are. It was important to me to get that across.

“It was also important to me that people don’t turn this show off,” Metzler continued. “It’s a big ask. I’m asking the audience to go to uncomfortable places” – to think about the cyclical nature of trauma and abuse; the lack of services for the mentally ill; the difficulties of navigating a byzantine welfare system that seems designed to thwart the neediest. “But it’s not a lecture – it’s Saturday night, we’re watching Netflix, we want to have some laughter, some drama, some creative storytelling.”

Maid was shot on Vancouver Island in the middle of the COVID-19 pandemic. The cast and crew bubbled together; MacDowell made soup on weekends. Casting a real mother and daughter to play those roles “made the whole thing feel more real, larger and more powerful,” Metzler said. “They would hug between takes. They both wanted the other to win.”

Their intimacy allowed them to go to dark places. MacDowell’s own mother suffered from depression, received shock treatments and self-medicated with alcohol. “So I understand deep, deep darkness – and Margaret knows I do, because we’ve had a lot of deep conversations,” MacDowell said. “I know how much shame is connected to mental illness, so much that people don’t get help. Particularly women, who are so demeaned as it is.”

MacDowell’s job was not to be likeable – she had to show the extremes of Paula’s behaviour, which seem improbable unless you’ve witnessed someone in a manic state. “It was up to me to show what Alex had to deal with,” MacDowell said. “The more difficult, complex and cruel Paula is, the more you understand Alex.”

“Alex is a hero,” Metzler summed up. “We watch lots of movies and television about pretend heroes, superheroes. But the Alexes of the world, they’re real, their stories are important and too often unseen. What this woman goes through for her daughter, the way she navigates the systems in the U.S., and the way she gets out, it is Herculean. She deserves to have her story told.”

David Cronenberg is ready for the terrifying future, as both director and actor, too
Subscriber content
October 4, 2021 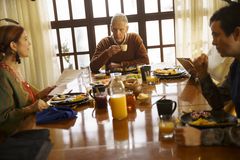 Sex/Life director Patricia Rozema is still searching for the perfect climax, on Netflix or off
August 6, 2021 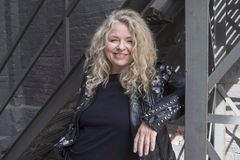 Sonja Smits opens up about her 40 years in the acting business
Subscriber content
May 11, 2021 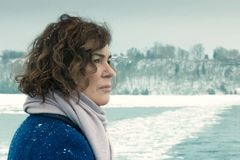