At the start of the pandemic, a bit of conventional wisdom started circulating around arts circles that such calamities are actually good for the creative process. Just think about how Shakespeare wrote King Lear during the plague. Alright then! While the following pandemic-made works aren’t quite of Lear quality, they do prove that imagination, ingenuity, and creativity thrive under the most restrictive circumstances. And hey, a Lear equivalent might still be coming. This pandemic isn’t over yet.

The small-screen world reacted nervously and sometimes clumsily to the pandemic. The underlying question for creators was this: Who even wants to see this time of isolation and danger dramatized or depicted? The best effort was Homemade (Netflix), an enormously ambitious anthology of shorts about lockdown life during COVID-19. Most were made in May and adhered to physical-distancing rules. Thanks to Netflix’s heft, some big names are involved.

For instance, Kristen Stewart made a short that is essentially an acting exercise featuring her face conveying the panic and boredom of sleepless nights. (There is less to it than meets the eye, unless you want to study acting in close-up for a small camera.) Maggie Gyllenhaal’s piece is one of the best and truly odd. Her husband, Peter Sarsgaard, plays a reclusive man alone in a cabin in the woods while his static-filled radio brings news of some virus-like apocalypse. The other standouts, which give a visceral sense of COVID-19′s impact, are a drone journey made by Ladj Ly – a child sends a camera over a working-class area of Paris, showing glimpses of ordinary life. Italian filmmaker Paolo Sorrentino contributes a hilarious little comedy with two tiny action figures, one being the Pope and the other the Queen. They squabble, swap jokes and ponder what to watch on TV together. The surreal quality is strangely apt.

But the masterpiece in terms of cool, captivating beauty is Ana Lily Amirpour’s segment, narrated by Cate Blanchett, which offers a stunning view of a deserted Los Angeles where a young woman rides a bike. The visual sweep of the empty streets is uncannily gorgeous.

If there is one genre of cinema well-equipped to pivot, and pivot fast, it’s documentary. Already, 2020 has seen a wave of docs made during the pandemic, and naturally about the pandemic. Some are compelling artifacts of a confusing, chaotic time (the Wuhan-set 76 Days), some are furious political statements (Alex Gibney’s Totally Under Control), and some are simply magnificent artistic achievements (Ai Weiwei’s Coronation).

In terms of narrative moviemaking, things are trickier. But horror filmmakers are used to working quickly and tackling real-world terror, so it makes sense that one of the scariest films of the year is coronavirus-certified. Director Rob Savage’s Host (streaming on Shudder) takes place entirely on the computer screens of its characters, who gather for a regular Zoom session while they remain under lockdown. But when one participant decides to hold a séance, then suddenly the coronavirus becomes the least of their concerns.

How many albums did Daniel Romano release this year? If he puts out one more, the finger-counting people will be out of luck. Based in Welland, Ont., the industrious alt-rocker and poetic songwriter issued 10 albums (and maybe more to come). A number of them were digital-only – supposedly available for a “14-day self-quarantine” period. Romano also released a book of love poems, At Last There Is No End. Sounds like an autobiography for a relentless creator.

Easily the most notable pandemic-made music came from Taylor Swift, whose unscheduled album Folklore took us by surprise this summer. The imaginative LP and its accompanying cottagecore aesthetic were an indie-folk detour for the sweater-wearing pop star, and earned two Grammy nominations.

The pandemic shut down most of the live music industry. One side-effect was the rapid onset of the “drive-in concert,” in which fans sat in parking lots, in their vehicles, beeping their horns in lieu of applause. It sounds like a traffic jam, really, and I hope the trend is short-lived. Toronto rockers July Talk used the beep-beep model in a more creative way than most, though, performing two drive-in shows at the Stardust Drive-in Theatre in Sharon, Ont. Fans were treated to not just music but a nostalgic ambiance that spoke to a simpler, less contagious time when enjoying music together wasn’t a major health-code violation.

Vancouver chanteuse Jill Barber and Shocap Entertainment took one step back in time and two steps into the future with a streamed virtual concert last month that set a ghostly performance in the Palomar Supper Club, a long-gone Vancouver institution. During the intermission, Barber was asked to name her ultimate duet partner. Her singer of choice could either be dead or alive, she was told. Anything’s possible, it seems. 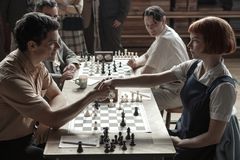 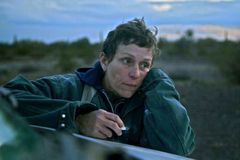 Follow Barry Hertz, Brad Wheeler and John Doyle on Twitter @hertzbarry @BWheelerglobe @MisterJohnDoyle
Report an error Editorial code of conduct
Due to technical reasons, we have temporarily removed commenting from our articles. We hope to have this fixed soon. Thank you for your patience. If you are looking to give feedback on our new site, please send it along to feedback@globeandmail.com. If you want to write a letter to the editor, please forward to letters@globeandmail.com.
Comments