The continuing pandemic blahs and news about anti-Asian violence have me thinking about ways to talk about friendship, kindness and empathy with the young ones. Fortunately, those are pillars that many children’s shows and movies are built on. Here are some potential vehicles for conversation as well as entertainment.

Forget the kids, I need Kiri and Lou in my life. There’s a wonderfully calming quality to the show, besides the charm. Each five minute episode offers up mindful explorations on simple ideas with deep meanings. I honestly teared up in the first episode of Season 2, when listening to a glow-worm sing about the “darkness all around makes you feel so alone … [but how] a spark in the dark will come shining through.”

As much as I despise Baby Shark (doh! Now the tune is stuck in my head again), it did launch South Korean producers Pinkfong into international stardom. Now the creators behind that infamous song – whose video has racked up more than 7 billion YouTube views – have come up with something else destined for internet virality.

Pinkfong, a fox from a planet called Staria, lands on Wonderville and makes friends with Hogi, a hedgehog. Using Pinkfong’s magic and Hogi’s genius ideas, the duo solves all sorts of problems around Wonderville, while imparting lessons in teamwork. The wide-eyed and colourful animation is the sort of confection designed to be eye-catching.

Admittedly, the only Asian connection to this movie is the hit Japanese 1990s video game franchise the title character is inspired by. If you’ve played the game, you will recognize all sorts of homages and possibly chuckle at the (occasionally eye-rolling) zingers.

Kids will just be delighted by the story of Sonic come to (animated) life. The world’s speediest – also brattiest – hedgehog is on the run from power hungry villains and finds refuge on Earth. But after many years of solitude, he gets lonely and plays a baseball game that creates a power surge. That brings Sonic to the attention of bad guy Dr. Robotnik (Jim Carrey), sending the hedgehog on a road trip with local sheriff Tom Wachowski (James Marsden).

Welcome to the made-up world of San Fransokyo – a combination of San Francisco and Tokyo – home to teenager Hiro Hamada and his older brother Tadashi. While Hiro is keen to battle with his microbots at late-night robot matches, Tadashi encourages him to use his smarts at school. Just as the brothers are starting to bond over their robotics pursuits, Tadashi dies in an explosion. While mourning, Hiro finds his brother’s research prototype, Baymax.

Together with Baymax’s help, as well as Tadashi’s band of nerd friends, Hiro uncovers the mystery behind the explosion that took his brother’s life. Even after several rewatches, Big Hero 6 has me clearing my throat, while my kids discreetly wipe their eyes.

Any of master filmmaker Hayao Miyazaki’s works is a sight to behold. I had been waiting to introduce my kids to Miyazaki and Studio Ghibli’s works, interested as they are in films and TV series with a manga/anime background. Miyazaki’s old-school approach of hand-drawn images might not immediately grab their attention, I thought.

However, they were soon taken in by the fantastical journey of a young woman named Sophie, a milliner who gets cursed, and sets out to find the wizard Howl to help her. There are many lessons to learn along the way – on beauty, youth and life – all done in that gentle and whimsical tone of a Miyazaki film.

Parents’ Picks: From Wandering Wenda to Odd Squad, five shows and films that will teach your kids something
May 4, 2021 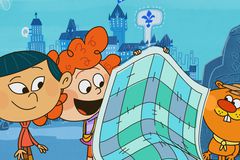 Parents’ Picks: From Cosmic Kids Yoga to Over the Moon, five kid-friendly things to stream this weekend
February 19, 2021 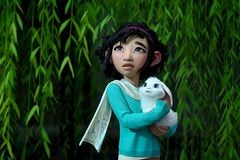 Opinion
YouTube Kids is taking over your life. But is it more than Baby Shark and slime videos?
May 5, 2021