“I’m bored.” It’s one of the most dreaded phrases to come out of your child’s mouth – especially, if like me, you’re a parent who was unable to get their kid into any sort of camp.

And while there are plenty of books, kits and online tutorials out there on any manner of subject to offer momentary respite, why not give yourself a break and let your kids watch some science-based shows?

Hopefully they will inspire them to get off the couch and try out some experiments and learn a thing or two. (But of course, then comes the clean-up – it’s a never-ending cycle.)

Elevator pitch for the kids: Go on fun science-filled adventures with Sema and her brother MB as they try to save the world

It’s a little hard to find science activities for preschoolers that don’t require extensive adult supervision. So if you’re looking for some time to prepare your dining table or backyard space for whatever science activity you choose to explore with your kids – from making oil and water lava lamps to building sound instruments from household items – try this animated series.

Each episode is just more than five minutes long, and usually involves some scientific idea. You might need to expand on the STEM ideas introduced in the episodes. Take that as an opportunity to turn off the screen and have a conversation. (Or just let the next one play – if we’re being honest here!)

Elevator pitch for the kids: Math can be fun!

This show was a huge hit in our home. My kids would regularly watch host Hamza Haq and his robot sidekick Koolkatt, and then tell me that a doughnut shape is called a torus or elaborate on concepts of probability. They even memorized some of the songs and would break out into a tune about cool shapes. Annoying? Sure. But at least they were singing about math!

I’d sometimes sit and watch bits of the show with them. I found Haq’s ability to take on whatever ludicrous character that was thrown at him – from a playing card to a superhero called Perspective Phantom – amazing. (For older folks, Haq went on to play the lead role in the medical drama Transplant.)

Elevator pitch for kids: You’ll want to try these science experiments at home. But don’t

What happens if you maximize scientific experiments? Science Max takes them to a whole new level, with host Phil McCordic leading each segment in a hilarious fashion. The fact that most of the large-scale activities take place at the Ontario Science Centre should tell you a little bit about just how much they “max out” a scientific principle.

The episode on slime, for example, featured a hot tub of slime, but also spoke about polymers and chains of molecules – and happens to be my daughter’s favourite episode. Meanwhile, my son is partial to the episode featuring the Rube Goldberg machine. (I’ll be honest I had to look that up; you’ll know it when you see this chain-reaction type machine.)

Elevator pitch for the kids: Explore your life – and science – through this show

Any show that’s able to explain why social media is addictive to young people is off to a great start in my books. On this series, host Sahana Srinivasan along with science friend Alie Ward explain scientific ideas that apply to preteen lives today. Whether it’s explaining the work that goes into making a glamorous selfie or determining if the five-second rule is truly applicable, this show covers a wide range of topics.

Most episodes feature some kind of thought experiment, versus hands-on experiments. These can be great starting points for discussions with your kids about why some photos get more likes than others or what’s rational versus irrational behaviour.

Elevator pitch for parents: Prepare your kids for the realities of high school

Elevator pitch for kids: Science contests can be fun and inspiring

Who knew that a documentary about the Olympics of science fairs could make for some great family viewing. Described by critics as an “ode to the teenage science geeks,” this Sundance favourite follows nine high-school students from around the globe as they compete at the International Science and Engineering Fair. There are rivalries and setbacks but also a lot of fun as 1,700 kids from 78 countries face off in a battle of smarts. Only one gets to walk away with the title.

Sure, it’s a little formulaic. There are a bunch of overachieving kids who want to make the world a better place. There’s always a quirky character or two. Nevertheless, you can’t fault a movie that leaves you grinning about science and rooting for these kids with big dreams.

If you have more suggestions of children’s programming that I should check out, send them along to parentpicks@globeandmail.com 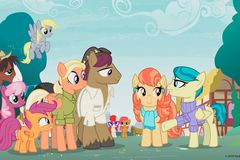 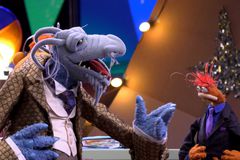 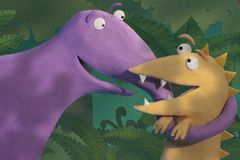