George Morris, was a teenage yo-yo professional, hired by the Cheerio Yo-Yo & Bo-Lo Company to demonstrate yo-yos to kids in stores, outside schools or near restaurants where they hung out. There was a yo-yo craze in Canada in the late fifties and early sixties and to be a yo-yo demonstrator, “sleeping,” “walking the dog” and doing “around the world” with a yo-yo was the ultimate in cool. And George Morris was always cool.

While still in his 20s he became one of Montreal’s top disc jockeys, known as Buddy Gee, “the big boss with the hot sauce,” on radio station CKGM in Montreal. “Oo-ba-ja-boo,” was the signature catchphrase he used on the air and when signing autographs.

Mr. Morris died of heart disease in Montreal on March 14 at the age of 78.

George Morris was born Jerzy Sztaidelman in Lublin, Poland, on April 18, 1942, at the height of the Nazi occupation. His mother, Eva Broniszewska, was a nurse who worked with the Polish resistance.

“My father and his mother were reluctant to talk about anything to do with the war,” says his daughter, Sarah-Jane Morris. “It was as if it was a dark period they wanted to forget.”

After the war his parents moved to Germany and divorced before Eva brought him to Canada in 1948. They lived in Winnipeg for many years, then moved to Vancouver, where they had relatives. By this time, George had changed his name to Morris. He left home to travel across the country, and landed in Toronto, where he worked his stint as a yo-yo demonstrator. As far as his family can remember, his first radio job was with a station in a small town in Northern Ontario.

Eventually he moved to Montreal and when he was in his early 20s, he started on the overnight shift at CKGM. He then invented the Buddy Gee radio persona and moved to weekends, then an evening time slot in his heyday, up against CFCF’s Dave Boxer, the top anglophone disc jockey in Montreal at the time.

On Sept. 8, 1964, the Beatles arrived in Montreal and 22-year-old George Morris shared the stage to introduce them with Mr. Boxer and Michel Desrochers, of the French-language station CJMS.

Mr. Morris worked at CKGM from 1962 to late 1968. He was a practical joker and popular with the people he worked with. Every performer has an ego but he was never pompous.

“George was a breath of fresh air and never a prima donna,” said Bonney Truscott who did weather and traffic on CKGM and later co-hosted a show. “Years later he volunteered to do a radio spot for free for breast cancer survivors. He was always very gracious.”

During his years as Buddy Gee, Mr. Morris freelanced, producing recordings for local rock bands. “Some of the successful bands he promoted were the Sceptres and MG and the Escorts,” says Marc Denis, who listened to Buddy Gee as a teenager and then took over his time slot at CKGM a few years after Mr. Morris left the station. “He promoted local talent before the CRTC demanded it.”

Mr. Morris’s classic radio voice was in demand from advertisers at the radio station, so he decided to launch his own recording studio, Listen Audio. It became an instant success, in part owing to his magnetic personality and also because he chose a very hip location in Youville Stables at the west end of Old Montreal. Always cool.

Ad agencies loved working him, in part because he was so entertaining and charming and also because there was a great steakhouse, Gibbys, next door. He recorded ads for clients such as Air Canada and Loto-Québec. Mr. Morris did one spot for a beer company that took him five minutes to record, but played for five years. He used to joke the residuals from that put his children through university.

Some of the great Canadian voices recorded at his studio, and not just from Montreal. Al Waxman, star of King of Kensington, would travel from Toronto to do voice work at Listen’s studios.

“He used his talent, business smarts and drive to put together a studio that attracted ad agencies, production companies and all kinds of talent because he knew so many of them,” Mr. Denis said.

Thor Bishopric and his older sister, Kirsten, worked with him as child actors.

“I started working with George before I could read. He would patiently feed me my text,” said Mr. Bishopric, a Montreal animation producer and actor. “No matter how dry the text, George threw his whole body into every read. As soon as the red light came on, he’d spontaneously transform into a zany combination of Robin Williams and Joe Cocker, flapping his arms and contorting his face. George helped make Montreal a world-class community for voice-over work.”

Mr. Morris enjoyed his success; he was a bon vivant, a man about town who drove a Porsche, until it was stolen from the Youville parking lot.

He banked at a Bank of Montreal branch near the CKGM studios and was taken by one of the tellers; he passed her notes asking her out; she resisted. He sent her flowers. “He was a very romantic guy,” his daughter said. Finally, they went out, moved in together and he married Susan Blanchard, who as a teenager had attended the Beatles concert where George was one of the emcees. The boulevardier disc jockey settled into domestic life. The couple had three children and were married for 46 years. “As a dad, he was overwhelmingly kind,” Ms. Morris said.

Mr. Morris became so successful that he was able to buy the opulent Westmount house that once belonged to Geoffrey Stirling, the Newfoundland media magnate who built CKGM and other radio and television stations.

From 1989 to 1992 he briefly returned to his radio roots, hosting an oldies program, the Sunday Morning Solid Gold Show, on a local FM station CJFM, but he became too busy and the slot was taken over by his friend Mr. Denis. Mr. Morris operated Listen Audio for almost 40 years, until he sold it in the early 2000s. He continued to do voice work from a home studio in Saint-Bruno-de-Montarville across the St. Lawrence River from Montreal. 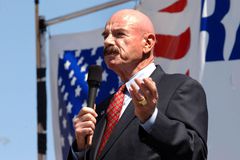 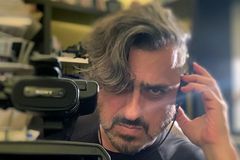 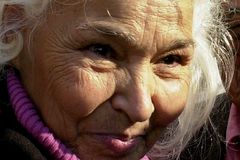