Language politics in Quebec are often a numbers game. Statistics Canada detects a small decline in the use of French in the home, or the province’s auditor-general finds that programs to teach French to immigrants produce fewer graduates than expected. The political class responds with dire warnings about the withering of French chez nous, and with calls for tougher language legislation.

Behind these periodic flare-ups, a heated battle grinds on among linguists, teachers of French and lexicographers, about the French that is – or should be – spoken by Quebeckers. The antinationalistes argue that Quebec should cleave to an international standard; while the aménagistes say that French in Quebec should be free to embrace idioms not found elsewhere.

The situation is neatly summarized by the Treasury of the French Language in Quebec (TLFQ), a scholarly project based at Laval University. “The French language, yes,” says a banner heading on its web pages, “but which one?”

In one of the latest salvos in this debate, linguist Diane Lamonde argues that too often, linguistics is jumbled up with politics. Support for a made-in-Quebec form of French, she says, is automatically seen as de facto support for a nationalist ideology and Quebec separatism.

The title of Lamonde’s recent book, Français Québécois: La politisation du débat, is both descriptive and fantastical. French in Quebec has been a politicized topic at least since 1838, when Lord Durham told the British government that linguistic assimilation of francophones in its North American colony “ought to be immediately entered on and firmly, though cautiously, followed up.”

The 1973 Gendron Report on the Situation of the French Language and Linguistic Rights in Quebec summarized the province’s drift toward Lord Durham’s hoped-for result. The report found that French was “a marginal language, since non-francophones need it very little,” and that the province was experiencing a “massive anglicization of the Quebec working class.” The Charter of the French Language (Bill 101) followed four years later, leaving little room to argue that language and politics could be kept apart.

People in the rest of Canada, aware of the artistic flowering of joual in the 1970s, may imagine that Quebec francophones revel in their dialects and coinages. Where some Québécois see a made-in-Quebec French as an expression of national identity, however, others see it as a shortcut to isolation.

“The victims of this linguistic separatism,” writes the French-born linguist Lionel Meney, “will be the Québécois, confined to a market of 6 million people, a linguistic and cultural ghetto.” Meney admits that francophone Quebeckers have “a vernacular language that is our own,” which he dubs Franbécois. But this lower “register” is a limited “half-language,” he says, strongly influenced by English and unable to match the breadth and precision of “standard international French.”

Lamonde attacks Meney for the political colouring of his arguments in his 2011 book, Main basse sur la langue. Her book is one long demolition of his positions, even though he and she are both antinationalistes. She condemns him for using the wrong arguments to reach the right conclusions.

Franbécois has a formidable state apparatus behind it. The Quebec Office of the French Language (OQLF) has, since 1961, vetted additions to the language and invents French terms to supplant English words that have crept into use. The OQLF’s coinages and usage decisions are published online in Le grand dictionnaire terminologique (GDT).

The provincial Office of Linguistic Policy, created in 1988, supports Usito, a subscription-based online dictionary launched at the University of Sherbrooke in 2013. Usito aims to describe French as used in Quebec … particularly in the standard register ”– in a word, Franbécois. The goal is to satisfy Quebeckers’ “legitimate desire to develop as a North American francophone community.”

The TLFQ also has its Historical Dictionary of Quebec French, published in 1998. It too focuses on usages that distinguish French as spoken in the province.

Dictionaries of French in Quebec are generally both descriptive and prescriptive. Usito, for instance, tells you the meaning of a word, and also whether there are grounds for not using it. Often the decision has to do with whether the word is an anglicism.

“Char,” a common colloquial term for car, is branded as an anglicism by Usito, though other dictionaries trace its origin to the French word “chariot.” The GDT does not acknowledge “char,” or “chum,” a slang term for boyfriend.

The GDT’s first definition for “piastre” or “piasse,” however, is “dollar,” a blatant borrowing from English. Its preferred term for “cookie,” meaning a piece of information lodged in one’s Internet browser, is “témoin” – a doubly prescriptive term, in that it was invented by the OQLF to displace the English word.

What the dictionaries generally miss is the grammatical slippage that occurs when the shadow of an English phrase can be glimpsed in a French sentence that is idiomatically off-key. This was amusingly demonstrated when Le Devoir columnist Louis Cornellier wrote recently about notre français, only to receive, from a reader in the comments section, three revisions of statements in his piece that were more idiomatically French.

The aménagiste urge to codify Quebec French in dictionaries, including the Glossary of French in Canada (1930), testifies to the need both to have a distillation of the language through non-European linguistics, and to feel the permanence of the vernacular through an organized mass of words. They are the fruits of pride in the vernacular, but also of the language anxiety that is, pace Diane Lamonde, woven into Québécois life and politics. 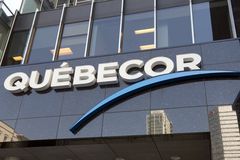 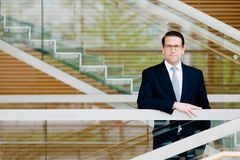 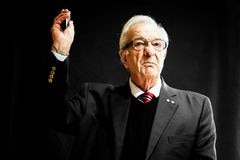