That was more than 20 years ago, and yet Wainwright, an elegant singer-songwriter with a Baroquian flair, retains unrealized promise. Oh, he’s successful – a Juno winner and all that. But he can also be seen as a failed Next Big Thing who never quite delivered on his predestined rock-star status.

Friday sees the release of Unfollow the Rules, Wainwright’s seventh pop album in a career that lately has detoured into writing operas and recording an album of Shakespeare sonnets. Did Parks predict those curveballs coming? If so, roll over Beethoven and tell Nostradamus the news.

Wainwright received feedback on his standing while shopping for a new label. A free agent since the release of Out of the Game on Decca/Polydor in 2012, he found the market tight.

“It was a rude awakening,” Wainwright says, speaking from Los Angeles. “I didn’t get the respect I felt I deserved.”

A humbled Wainwright was about to fall back on a deal he’d worked out with a smaller company when a major label, BMG, came in late. “They swooped in at the 11th hour,” he says. “They put their money where their mouth is.”

Unfollow the Rules has to it whimsy, strings, rainbow-chasing melodies and the heartfelt chord progressions of an indefatigable romantic. It also features Wainwright’s most accessible work ever.

Trouble in Paradise is so Billy Joel that Wainwright should expect a call from Christie Brinkley any day now. Second single Damsel in Distress salutes Joni Mitchell and L.A.‘s Laurel Canyon (where Wainwright lives with his German arts-administrator husband Jorn Weisbrodt). You Ain’t Big mocks pop-star popularity: “Don’t know who you are unless you made it in Wichita.”

The 46-year-old Wainwright’s stated ambition is to have big second act. The kind of mid-career revival enjoyed, he says, by Sinatra, Paul Simon and Leonard Cohen. “Pop music,” he explains, “isn’t always about your waistline.”

Wainwright wants to be a Cohen, then. This from a guy who once sang this: “I really don’t want to be John Lennon or Leonard Cohen / I just want to be my dad, with a slight sprinkling of my mother …”

His father and mother, of course, are Loudon Wainwright III and the late Kate McGarrigle – both marvellous songwriters whose level of fame never properly reflected their gifts,

Maybe this was the inevitability Parks foresaw.

When Out of the Game came out, Wainwright framed the album as his “final stab at being a rock star.” But here he is, stabbing again. “I’m willing to do all the interviews, tour my ass off and sing for the executives,” Wainwright says.

One of those executives is John Loeffler, who signed Wainwright to BMG. “We feel Rufus has evolved into a major pop artist,” Loeffler told The Globe and Mail. “The response to his recent virtual performances and these new songs has been astounding. This is totally his moment.”

Asked whether Wainwright had been handled well in the past, Loeffler would only say that he’s being handled well now. Wainwright agrees, describing Loeffler as his “knight in shining armour.”

Indeed, BMG is putting its full promotional weight behind its new artist. Even with his tour pushed back a year, Wainwright is busy. His press schedule is stacked, and a film of a physically distanced concert was recently shot in a Los Angeles mansion, the Paramour.

So, the big push. But it’s been tried before.

“Look, all my albums have been meaningful,” Wainwright says. “I put 100 per cent of my energy into them and my shows. Maybe I didn’t have the tenacity or the bandwidth to manipulate my image to fit whatever the needs of the public were at the appropriate time.”

Maybe. Or perhaps the glitter and lavish instrumentation of his music has obscured the songwriting underneath. If that’s the case, the more radio-friendly material of Unfollow the Rules might attract new audiences.

“We’ll see how that plays out,” Wainwright says. “This record is a defence of the song and all its traditional glory. Pop music has lost track of the lyrics and the sophistication of chord changes. I want to be someone who’s rooting for that, from my little corner.”

Judy Garland, a heroine of Wainwright’s, advised performers to be a first-rate version of themselves instead of a second-rate version of somebody else. Half his mother and half his dad, half human and half melody, Rufus is first-rate Rufus. Wichita is calling – maybe this time he answers. 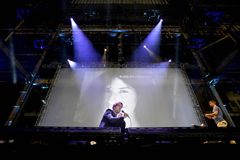 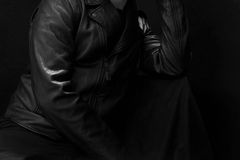 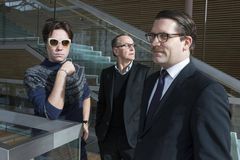