In a business where timing is everything, Julie Dumais Osborne’s couldn’t have been worse. Four days into her new job with the Second City Training Centre early last month, the COVID-19 lockdown pushed her out of the office and into an unknown virtual world. The company’s extensive curriculum of comedy classes needed to go online, and quickly.

“It was a big project, and it was immediate,” says Osborne, co-director of the Second City’s instructional division in Toronto. "In less than a week we were online, and most of the students came online with us.”

Most people associate Second City with its illustrious sketch-and-improv comedy troupes and theatres in Chicago, Toronto and Los Angeles, with big names such as Dan Aykroyd, Mike Myers, Gilda Radner and Chris Farley as just a few of the famous alumni. The spin-off Canadian television series SCTV, which ran from 1976 to 1984, is an iconic part of Canadian pop culture.

The current Second City troupes still perform in the three base cities, with travelling revues touching down in venues across North America. But a big part of the Second City business model involves corporate communication training, one-off workshops to comedic dabblers and seven-week semesters to students serious about the funny.

Traditionally, most of the courses were taught in person. That all changed last month when everything from Advanced Audition Techniques to Intro to Comedic Songwriting to 3-day Intensive Improv went online.

“We were delighted to find out how that many of our traditional classroom exercises translated beautifully,” explained Osborne, previously artistic director of Toronto’s improv specialists Bad Dog Theatre Company.

Anyone who has seen a Second City show knows how lightning-fast the performers transition from one sketch to the next and think on the fly. But the switch to an online curriculum was not without its challenges. “We had no warning,” says Osborne. “Our instructors had issues with equipment. And because they are working from home, we have a lot of cameos from pets and children.”

No less a comedic authority than W.C. Fields advised his fellow performers to “never work with children or animals," because of their scene-stealing and unpredictable nature. Fields is not a Second City instructor, but high-profile writer-comedians such as Paul Bellini (The Kids in the Hall and This Hour Has 22 Minutes) and Precious Chong (daughter of Tommy Chong of the duo Cheech and Chong) are.

I took an online class on stand-up comedy with Chong last week. The first thing thing she had her logged-on students do was to take 10 minutes to jot down a list of 10 things we love and hate about self-isolation, and 10 more things we’ve learned about ourselves because of it.

We were told not to try to be funny, which was a relief. But after I read my lists to everyone in the Google Hangout classroom, though Chong didn’t come right out and declare me the next Lenny Bruce, it was pretty much assumed when she said I had a "funny way” about me.

A few days after the 90-minute class, Chong said she wasn’t sure how well a silent exercise would work online. “It was a little weird,” she acknowledged. “But it gets people writing and it gets people thinking and, eventually, talking about themselves.”

One of the benefits of online classes is the expanded market for students. For my class, Chuckle Hut wannabees from Vancouver to Ottawa to the Canary Islands were eager to learn the trade.

“We can’t wait to get people back together in person when this is all over,” says Osborne. "But we’re in the digital world now, and we’re going to stay there.” 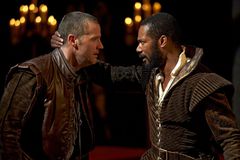 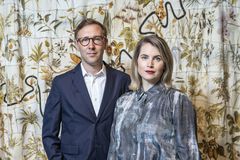 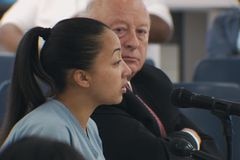