At home with his family in San Francisco, the rock troubadour and guitarist Bruce Cockburn isn’t in songwriter mode. Among other things, he’s helping his young daughter with tele-schooling. “She puts on her little headset and gets on the computer,” Cockburn told The Globe and Mail recently. “But somebody has to get her to the computer on time and make sure everything is working right.”

With his 50th-anniversary tour postponed because of the COVID-19 lockdown, we asked the Ottawa-born writer of Lovers in a Dangerous Time about the challenge of writing in reaction to a crisis.

I think back to 9/11. Initially, I felt like nothing I could say would contribute anything useful. Eventually Put It in Your Heart came out of me and became a song. But it took a long time for me to have a perspective that would produce something like that.

I’ve never been the kind of writer who sits down and writes every day. Rather, I sit around and wait for a long time, then I get a bunch of ideas. I’m jotting down things in my notebook, but just bits and pieces. Whether that’s this current situation affecting me or it’s just my natural rhythm, I’m not sure.

There is a stream of things being put out there by other artists. Are any of them saying anything? I don’t know. For me, perspective is important. So, I don’t feel either an urge or an ability to say anything about the pandemic right now. It’s too ephemeral. You can’t grab it.

The way I write is asking myself, “How do I fit into this and, by extension, or perhaps projection, how do we, as spiritual human beings, fit into it?” But it’s too early in it to have any sense of that.

In parts of my life, I’ve certainly questioned why was I singing things to people who don’t want to hear it. I don’t do what I do because I have any premium on the truth. I do it because I want to do it. But why should anybody care about it? That’s a different thing. It’s disconcerting to go there.

Maybe I felt that doubt earlier in my career. But, then again, at the very beginning, you don’t know any better as an artist. You kind of think, “Well, this is important. I’ve got to put it out there.”

I absorbed from poets, painters and jazz musicians in the 1960s. I picked up the attitude that “I’m going to get up there and play my songs and I don’t care if anybody likes it or not. Because they won’t. Or four or five of them will get it and the rest of them won’t.”

It’s a defensive position you adopt that allows you to do your thing. There’s heartbreak around every corner, but you develop whatever calluses you need to get you through it. When you’re in that position you embrace that “I don’t care” attitude.

In my own case, I wondered if people would pay attention. Except I knew what I was doing was good. So, you coast on that, I guess.

What’s author Kate Harris’s next trip? Finding the unfamiliar in the familiar
March 27, 2020 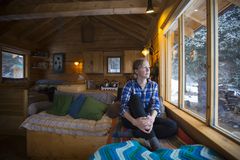 Miranda Mulholland’s Juno-nominated By Appointment or by Chance came to her in Twyford
Subscriber content
February 5, 2020 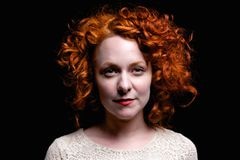