No one artist could have predicted our current coronavirus-wracked, economically ravaged, physically distanced world. But that didn’t stop a surprisingly large chunk of 2020 culture appearing like it was beamed from the mind of Nostradamus. Here, The Globe’s Arts team runs through artifacts of this year’s accidental zeitgeist – art that was produced long before COVID-19 but ended up speaking to the pandemic nonetheless.

The Icelandic artist Ragnar Kjartansson has said that he hopes Death is Elsewhere achieves a tension between sentimentality and nihilism. Regardless of whatever may have happened when the seven-channel video installation was first shown in New York last year, the piece was quivering with that tension by the time it was displayed in Toronto last month.

The work, which was originally commissioned by the Metropolitan Museum and subsequently purchased by the Art Gallery of Ontario, places viewers inside a circle of seven screens. On the screens, two couples rotate around them singing a lilting love song in a film shot at midnight on the summer solstice in the midst of an Icelandic lava field. “Death is elsewhere,” they keep repeating as they glance lovingly at each other, ignoring the volcano in the background. (The area in southern Iceland was the site of an 18th-century eruption that wiped out livestock, causing a famine that led to the death of almost a quarter of the island’s population.)

As students returned to dorms and parties, the notion of insouciant youth romanticizing its perceived immortality felt darkly topical. And in a period when we are all counting the casualties, Kjartansson’s work is a reminder of the odd juxtaposition of sentiment and despair with which society responds to death.

Coronation is a documentary that the Chinese artist Ai Weiwei created in the first months of the COVID-19 lockdown in Wuhan, China, the original epicentre of the pandemic. Ai now lives in Berlin, but he has many enthusiastic collaborators in China, and they sent him remarkable footage of the empty streets and makeshift hospitals. In one scene, a doctor is directed on the correct procedure for removing his personal protective equipment by a colleague watching him on a security camera; in another, a construction worker who helped build a hospital is stuck living in his car because he can’t get permission to leave Wuhan. Another man fights the system just to recover his father’s ashes. Coronation knew all about COVID-19, but for the viewer outside China, the film proved notably prescient in predicting the tension between necessary health measures and personal liberty. An authoritarian regime can close a city to the outside world, keep everyone locked in their apartments and build hospitals in minutes, but it crushes spirits as it saves lives.

Before her death in 2014, the American-Canadian photographer Lynne Cohen had created hundreds of uniquely eerie images featuring domestic, commercial and industrial interiors – all devoid of people. And that’s why the Olga Korper Gallery decided this spring was a good time to mount an online retrospective of her work.

Fortifications features such Cohen classics as her 1978 photo of a hat shop with the wares pathetically installed on real birch branches, her 1999 picture of the tiled pool in a pristine white spa and her 2006 picture of an inexplicably under-furnished bedroom. When people appear in a Cohen photograph, it is only via surrogates – crash-test dummies or flat silhouettes posed in a furniture display.

In the past, her spaces have often seemed mysterious and, by extension, sinister, in particular when she chose military or industrial sites. Yet what now becomes apparent is how much they are about the humans who aren’t there, the people who might wear the hats or swim in the pool. What lives might be lost to whatever activity a photograph called War Games is about? And what lives might be saved by whatever takes place in the various laboratories Cohen shot?

In the midst of the pandemic’s enforced isolation, humanity emerges as Cohen’s chief subject in a newly resonant oeuvre.

Songs for the End of the World

In 2020, a novel coronavirus that originates in China spreads like wildfire across North America. New York is particularly hard hit – people are quarantined, businesses shut down, supplies are hoarded, anti-Asian hate crimes erupt.

The scenario in Songs for the End of the World – written by Montreal-based novelist Saleema Nawaz between 2013 and 2019 – was so eerily similar to what was happening in the real world that its publisher released it as an e-book in April, ahead of its August publication date. The fictional Acute Respiratory and Muscular Inflammatory Syndrome (ARAMIS) took the reader into what was quickly becoming familiar real-life territory: N95 masks, PPE, physical distancing. To add to the uncanny prescience, one of the main characters is a novelist whose plague-themed bestseller brings him new notoriety in the midst of the pandemic.

The End of October

The hero of The End of October is a CDC epidemiologist investigating a mysterious new coronavirus emerging out of Asia. First presenting at an internment camp in Indonesia, symptoms include a high fever and obstructed breathing. The virus, dubbed Kongoli, sweeps across the U.S., decimating the population and provoking a race for a vaccine. Oh, and there is also a U.S. president intent on placing his own interests ahead of his country’s. New Yorker writer Lawrence Wright began writing the prophetic thriller in 2017; it was released in April. Even the dedication feels written for these pot-banging times: “This book is offered as a tribute to the courage and ingenuity of the men and women who have dedicated their lives to the service of public health.”

The Pull of the Stars

The Pull of the Stars is set more than 100 years ago but couldn’t feel more timely. The action unfolds over three days in a claustrophobic Dublin maternity ward as the 1918 flu pandemic is raging. London, Ont.-based novelist Emma Donoghue began writing the book in 2018 and delivered the final draft in March, two days before the WHO declared COVID-19 a pandemic. With warp-speed turnaround, its publication was moved up to July. The historical novel presents some weird parallels, such as a poster declaring “The government has the situation well in hand and the epidemic is actually in decline,” when clearly it is not. This sounded awfully familiar to pandemic- and Trump-weary readers.

A bubbled concert by the Flaming Lips

This year, the psych-rock aliens the Flaming Lips released a video for the song Assassins of Youth filmed at the Criterion music hall in Oklahoma City, where fans and band members were safe inside their own plastic bubbles. Frontman Wayne Coyne crowd-surfed in a physically distanced way, one sphere on a sea of spheres, protecting all from contagions.

This isn’t new from Coyne. His sphere-ensconced ventures into audiences go back years. What symbolism was at work in the years before COVID-19? Ask the conceptualist who wrote Yoshimi Battles the Pink Robots. What used to be surreal is all too real now. To allegory enthusiasts, the bubble’s return will have something to do with a group of people isolated but still together. To those more practical, the bubbling is prophylactic. Either way, it’s where we’re at.

After the success of the video shoot, the Flaming Lips announced a pair of ticketed bubbled concerts to be held back at the Criterion this month. Citing rising COVID-19 cases in Oklahoma, though, the band later decided to postpone the shows. “As the dawn began to break, I had to surrender,” Coyne sang on 2002′s In the Morning of the Magicians. “The universe will have its way, too powerful to master.” That technology won’t always be there to protect us is just one more bubble burst in 2020.

No King Lears yet, but 2020 delivered many pandemic-made masterpieces
December 21, 2020 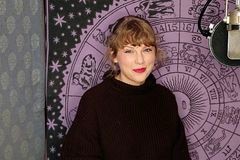 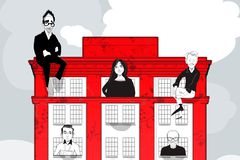 Our favourite TV shows, albums, films and arts performances that got us through 2020, our least favourite year
Subscriber content
December 12, 2020 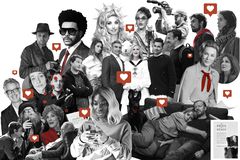 Follow Marsha Lederman, Brad Wheeler and Kate Taylor on Twitter @marshalederman @BWheelerglobe @thatkatetaylor
Report an error Editorial code of conduct
Due to technical reasons, we have temporarily removed commenting from our articles. We hope to have this fixed soon. Thank you for your patience. If you are looking to give feedback on our new site, please send it along to feedback@globeandmail.com. If you want to write a letter to the editor, please forward to letters@globeandmail.com.
Comments