In June, I discovered the most exciting new album I’ve heard in years. 1000 Gecs by 100 Gecs is ultraeuphoric: a chipmunk-voiced, hyper-tempoed, headbanging mashup, hopscotching in seconds from the sweetest of pop vocals to the most abrasive of death-metal screams. It actually makes me grin from ear to ear every time I play it. My wife hates it; you probably would, too.

What’s more exciting – and significant – to me was how I found this absurd album: on a Facebook group. Someone had posted about it on Boosie Fade: The Group, a community sprung from a popular hip-hop night in Toronto organized by Jordan Sowunmi and James Rathbone.

The Enthusiast: Edward Gorey’s satire continues to be a timeless work of art

Sure, 1000 Gecs is the furthest thing musically from hip hop. But in a group of like-minded people (3,200-plus and counting), who have injected an increasingly rare sense of positive spirit into the digital universe, a post about an un-hip-hop album was not out of the ordinary. It generated 158 comments; most people wrote that they hated it, respectfully, or didn’t get it. For the five of us who got it – we loved it, turning the subsequent comment thread into a love-in for all things 1000 Gecs.

A Facebook post is a small thing, a byte-sized speck on the internet, but this one, for me, is a banner-worthy highlight in what has been a dark period for digital culture.

Facebook groups such as Boosie Fade, among many I’ve joined, have become my digital lifeline in a sea of utter trash. Outside a very short list of trustworthy institutions, the online media we consume is littered with awfulness. People bark “fake news” at each other on sites with less-stringent commenting policies. A cute YouTube video is hijacked by racist feedback. An anonymous troll on Reddit, at this very moment, is invoking Hitler.

There are some pockets of peace: Instagram, owned by Facebook, is by nature a happy-go-lucky place of selfies and foodie pics; Twitter, with aggressive curation, is a wonderful place to interact with the echo chamber of your choosing; for those of us truly done with digital discourse, there is the safety of private group chats with friends.

Facebook groups, when populated with responsible moderators and civil contributors, are one of the few easily accessible spaces left where strangers can use their real names to connect over an infinite array of interests. On an earnings call last year, Mark Zuckerberg told investors that, of the billion-plus users who have joined Facebook groups, more than 200 million of them are members of “meaningful” ones – that is, “communities that, upon joining, they become the most important part of your Facebook experience and a big part of your real-world social infrastructure.”

(Let’s not get into the company’s record on privacy nor its role in influencing election campaigns around the world. Take that noise to Twitter, please.)

Like Boosie Fade, the most successful groups begin with a foundational love of an existing cultural property. One of my favourites is Who? Weekly, a community spun off the titular podcast by Bobby Finger and Lindsey Weber. Both the podcast and group (14,200-plus members) are obsessed with the happenings of B-list celebrities, and I am, too.

I am fairly sure that’s not your thing, and that’s the beauty of the enterprise: I guarantee there is a fabulous group out there that is digging deep into gardening or singing high praises for opera. Someone there will lead you to discover a new tomato varietal you’ve never planted, or an obscure recording of a Strauss operetta you’ve never heard. There is a home for everyone out there.

I, myself, am usually a lurker, content to absorb the wisdom of the masses I follow. I know I’m getting the bare minimum out of these communities. Many others are reaping the full benefits of new-found camaraderie: I’ve observed fresh friendships being formed. I have been warmed by the photos from a backyard barbecue thrown by and for fellow members, and envious of a road trip being organized to Buffalo on a weekend I’m already booked.

As a time-pressed adult, I have always been intrigued at how we go about meeting new people outside of friends, work or dating. One modern avenue, it seems, is a good Facebook group.

Facebook groups, however, are not impervious to the negativity that permeates the internet. Sometimes it’s hard to have a civil discussion about Dave Chappelle when the comedian, once beloved by all, now beloved by some, drops a Netflix special featuring transphobic jokes, support for disgraced comedian Louis CK and disbelief at Michael Jackson accusers. In a world where Twitter feuds have become tiring free-for-alls, it’s heartening that an able Facebook group moderator knows when to shut the conversation down.

In a recent piece about modern fandom and the Who? Weekly Facebook group on Refiney29.com, the writer Amelia Harnish, herself a wholehearted “Wholigan,” presented many qualms about her own published article. “I’m still really scared that by even writing this, there will be backlash. Like something I say here is going to cause drama in the group that will implode it, and not only will I really be excommunicated this time, but I’ll have ruined it for everyone else.” She cites a strong precedent in last year’s demise of the Facebook group for My Favourite Murder, a popular true-crime podcast, over an errantly allowed racist post.

I initially had the same qualms as Harnish about the fragility of digital ecosystems, and my personal stake in them. Why am I telling the internet about my safe spaces? When has the internet ever let us have nice things for more than a moment?

I’ve come to conclude that online communities such as Who? Weekly are more resilient than ever. It feels terrible these days to agree with Zuckerberg’s business outlook, but he is right about the threshold for a sustainable – and for Zuckerberg, profitable – group. The moment you cross over to hanging out with members IRL, you’re really not in a Facebook group any more. You’re cementing your “real-world social infrastructure,” in Facebook parlance. You’re part of an honest-to-God genuine community.

And in these darker digital times, people will fight tooth and nail to hold on to what they hold dear. I know I will.

The Enthusiast: Edward Gorey’s satire continues to be a timeless work of art Subscriber content
September 26, 2019 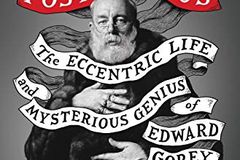 The Enthusiast: Ways of seeing in Brown Bear, Brown Bear, What Do You See?
August 23, 2019 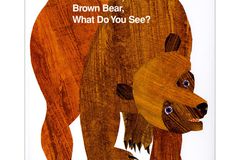 The Enthusiast: Embracing the brutal in Brutalist architecture
September 20, 2019 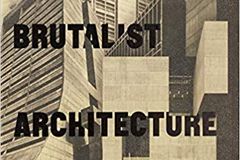