“I would never use TV as a babysitter” is a phrase I may have uttered in my innocent, foolish pre-parenting days. I will be an involved parent! I will experience all the moments! I will police every entertainment decision!

Even the phrase now seems so old-timey. Forget television as a babysitter; these days kids are fighting off the enemy with pickaxes and rocket launchers or playing in something called survival mode while you take a shower or whip up a quick casserole.

As with every parent I know, I fret deeply about screen time. Is my 10-year-old son getting too much of it? (Probably.) Is it having any sort of negative effect on him? (Probably.) Will it turn him into a terrible adult? (TBD.)

Is it the No. 1 area of conflict in our household? Definitely.

One thing I think I have figured out, after reading approximately 8,000 think pieces on the topic, is the importance of making screen time a shared experience.

So I have learned how to play Fortnite and I financed my son’s vision for my birthday gift this summer – my very own Minecraft account.

I do those things grudgingly, though; try as I might, video games are not my cup of tea.

But watching TV – now that’s an activity I can get behind.

The mother-son television project began organically; the overheard hilarity of the animated series Teen Titans Go! drew me quite willingly from my post-dinner duties to the couch a couple of years ago, where I proceeded to binge-watch the show with my kid (and continue to do so).

Based on the DC Comics teen superhero team, the show takes the heroes in a whole new direction – self-referential, multilayered comedy. Set at the Titans’ T-shaped tower in Jump City, where they eat pizza and watch TV – until they are summoned to fight crime – the show only gets funnier and more satisfying as you get to know the characters, with all their neuroses and other lovable faults.

There’s Robin (“the very uptight and sometimes crazy leader”); Cyborg (“half-man, half-machine, hence the name”); his best friend Beast Boy (“he’s like Cyborg except he ain’t the sharpest tool in the shed”); Starfire (“the happy, kitten-loving alien”); and Raven (“half-demon and definitely not an optimist”). (All descriptions courtesy of my son, whom I interviewed for this piece.)

The show is fantastically meta. A particular favourite two-parter of mine is “The Self-Indulgent 200th Episode Spectacular!,” in which the Titans realize they are merely cartoon characters after co-creators Michael Jelenic and Aaron Horvath decide the aggressive production schedule is just too much and quit, causing the Titans’ world to fade.

“Come on; how hard can it be? All you do is write fart jokes,” Robin challenges the animated versions of the real-life writers. The response? “Those fart jokes come from character.”

Our next parent-child binge-watch was a more deliberate effort on my part. When my kid mentioned a new competitive baking show on Netflix last summer, I expressed an interest (feigned; I dislike baking). But Nailed It!, which does not take itself at all seriously, won me over pretty much instantly. On each show, three amateur (read: generally terrible) bakers are given the task of duplicating complicated confections – for instance self-portrait sugar cookies (one contestant used Cheetos for her lips); and who can forget the Donald Trump cake from the Season 1 finale?

There are fails aplenty. But the show never stoops to nastiness; it has pounds of heart.

Host Nicole Byer – a comedian; French pastry chef and chocolatier Jacques Torres – with actual expertise and a sublime French accent; and a guest judge egg the bakers on, laugh a lot, and choose the winners over two rounds. Crew member Wes shows up in various get-ups to roll out prizes and trophies.

The best part of our Nailed It! binge is that it has brought my son and I together to do something that in no way involves watching a screen: actual baking (which I now dislike a little less). We bought supplies, flipped through recipe books and we hold our own bake-offs, which we sometimes record on the iPad.

Our shared screen experiences have also provided me with some productive conversation starters. (As opposed to chats that go something like: “What did you do at school today?” “Stuff.”)

For instance – I realize this isn’t TV, but when I recently learned that his YouTube heroes Pat and Jen, who make videos of themselves playing Minecraft together as PopularMMOs, announced that they are divorcing (she wants kids; he doesn’t), I felt genuine shock and distress. This led to a pretty important conversation at home. (In case you’re wondering about the power of video game YouTubers, Pat and Jen’s breakup video has more than four million views.)

This summer, my son and I have started watching a new (to us) show together, and it might be our favourite: Adventure Time. In this animated series, Jake the dog and Finn the human encounter a surreal cast of characters in a smart, fantastical world that appeals to both kids and adults.

“They embark on dangerous adventures,” my son told me, as our interview continued. “They love to party, they have lots of friends. And they just like having a good time.” 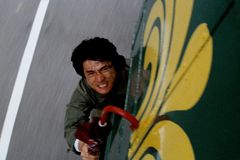 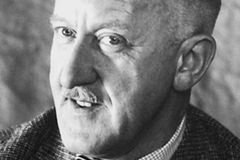 The Enthusiast: The Tain Bo Cuailnge is an epic tale about the futility of fighting over possessions
Subscriber content
July 18, 2019 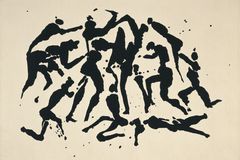