The Globe and Mail has captured 23 nominations for the 2018 Digital Publishing Awards, more than any other publication for the second consecutive year.

CBC News and Haikai Magazine, with seven each, received the second-most nominations, with Chatelaine and Today’s Parent tied for third, with six nominations each. Awards in 23 categories will be bestowed on Canadian digital creators and publishers, along with a $500 cash prize in creator-awarded categories.

This is the third annual Digital Publishing Awards, a National Media Awards Foundation program that recognizes excellence in digital editorial content in Canada. The Globe and Mail was the leading publication a year ago, winning a total of 12 awards – eight Gold and four Silver.

A total of 106 entries from 37 different digital publications were nominated.

The Globe and Mail was particularly strong in arts and culture coverage. A feature by Eric-Andrew Gee on the controversy over author Joseph Boyden and Indigenous heritage was recognized in a pair of categories.

Other nominated arts and culture stories include Barry Hertz’s analysis of the future of the Toronto International Film Festival and Dakshana Bascaramurty’s profile of artist Kent Monkman.

The 2018 Digital Publishing Awards will be handed out on May 29 at a gala at One King West Hotel in Toronto.

A full list of nominees can be found here. 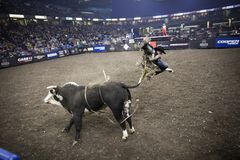