The young Leonard Cohen had no use for posterity, which he considered a cheap kind of eternity. “I want to see the headlines,” he told a CBC interviewer in 1966. “I’m not interested in an insurance plan for my work.”

Posthumous attention is out of the troubadour’s hands, four years after his death. But he might be pleased to know he’s still getting headlines.

The Musée d’art contemporain de Montréal (MAC) has launched the online exhibition Leonard Cohen: A Crack in Everything, a virtual version of the mammoth multimedia exhibition of the same name that drew record-setting crowds to the Musée in 2017. Additional non-Cohen elements from the museum’s collection have been added to the original pieces for the digital presentation.

“It’s a way to make links with other works of art while keeping the Cohen experience alive,” says John Zeppetelli, the MAC director-general and chief curator who put together both versions of the exhibit with guest curator Victor Shiffman.

Original and added works are grouped into four themes the gravel-voiced troubadour famously explored in his own work: love, spirituality and humility, poetic thought, and loss and desire. For example, Marina Abramovic’s Self Portrait with Skeleton (2003) was brought back under the loss-and-desire heading, where it sits on an online page with the Cohen poems Dead Song and I Want to Hold Some Lady.

An excerpt from Atom Egoyan’s 2002 video installation Hors d’usage : le récit de Marie-France Marcil is also resurrected. The connection to Cohen is tenuous at best, but the curators judged it a thematic fit.

For technical and creative reasons, some of the original works are reduced in scope digitally. Candice Breitz’s installation I’m Your Man (A Portrait of Leonard Cohen), with 18 elderly men independently performing versions of an entire Cohen album across 18 video screens, was pared down to a single song.

Developed as part of Montreal’s 375th-anniversary celebrations, the original show opened on Nov. 9, 2017, almost exactly one year after Cohen’s death at age 82. The Montreal-centric exhibit was up for four months, drawing more than 315,000 visitors, making it one of the most visited exhibitions in the history of an institution that was founded in 1964.

Because of copyright restrictions, the virtual version is only available to Canadians. “It’s complicated,” says Zeppetelli. “The estate and Cohen’s manager Robert Kory have their own stewardship of the Leonard Cohen legacy.”

In a nutshell, the museum doesn’t have to budget to pay for the rights to make the virtual exhibit available internationally.

Kory, who rescued Cohen from financial ruin after the singer’s previous manager, Kelley Lynch, embezzled millions, is also the trustee of the estate. The L.A-based lawyer did not respond to an interview request for this story, but he did speak to The Canadian Press in 2018.

Kory used the term “aesthetic determination” when explaining the factors that determined which Cohen-related projects he greenlit. The singer was still alive when Zeppetelli first pitched his concept, and although he left most of the decision-making on the use of his works and images to Kory, Cohen did approve of what the MAC was doing.

“We got a cryptic message from Robert Kory saying, ‘Leonard will not get in your way.’ Which, to us, said, “Go ahead.’”

The museum had access to Cohen’s archives but not to the man himself. “We had artists asking for even 30 seconds with him, but that wasn’t going to happen.”

According Zeppetelli, what Cohen and Kory appreciated about Leonard Cohen: A Crack in Everything was that it wasn’t intended to be a biographical blockbuster such as the museum exhibit David Bowie Is that toured the world from 2013 to 2018.

“This isn’t hagiography,” he says. “This is very much about identifying certain themes in Leonard’s writing, poetry and music. We never set out to show Leonard’s fedoras.” 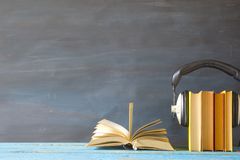 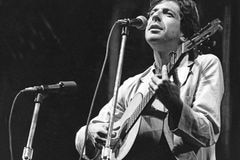 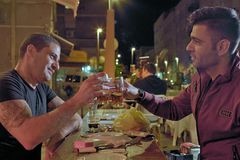