Coronavirus information
The Zero Canada Project provides resources to help you make the most of staying home.
Visit the hub
Brad Wheeler
Published July 23, 2020 Updated July 23, 2020
For Subscribers
Comments
Please log in to listen to this story. Also available in French and Mandarin. Log In Create Free Account

Video killed the radio star, but will the audio star save print?

Continuing its quest to gobble up what remains of journalism, The New York Times announced Wednesday that it had acquired Serial Productions, the audio shop behind popular podcasts Serial and S-Town. The Times also announced it had entered into an “ongoing creative and strategic alliance” with This American Life, a stylistically groundbreaking syndicated radio program hosted by Ira Glass.

Along with Sarah Koenig and Julie Snyder, Glass formed Serial Productions in 2017 after three seasons of Serial, itself a spinoff of This American Life. While This American Life will remain an independent entity, Serial Productions will be The Times’ property, operating under a podcasting umbrella that covers the newspaper’s successful news wrap-up The Daily and other programs.

“We’ve seen the power that audio can have in building deeper connections with our audience and we’re committed to bringing listeners the best audio journalism in the world,” said Meredith Kopit Levien, chief operating officer of The New York Times Company. “Our goal is to continue to evolve our audio offerings and to chart a sustainable course for high-quality, immersive audio journalism.”

Where’s this all leading? Clearly the future is a breakfast without a newspaper in one hand and a spoon in the other. And once cereal-box reading is transformed into an earbud experience, the revolution will be complete.

For ink-stained people who are not fans of podcasts or radio, transcriptions of This American’s Life episodes are available on the show’s website. They come with a suggestion, though: “If you are able, we strongly encourage you to listen to the audio, which includes emotion and emphasis that’s not on the page.”

Ooph. Another punch to the solar plexus of print.

Three recommended podcasts this week include a poignant one about isolation, a frightfully funny one about bread-making in COVID-19 times and one from a comedian who turned to audio when his touring was shut down.

Something without Ira Glass: On the July 17 episode of This American Life, Bim Adewunmi sits in for regular host Glass. She moderates a series of immersive essays on the subject of being alone – in outer space, in the ocean, by ourselves or with others. One of four stories involves a socially distanced whale, dubbed “the loneliest creature on earth.” Show producer Lilly Sullivan explores the notion that solitude can be mastered, romanticized and enjoyed. Which got me to thinking about the beauty of radio as opposed to podcasts. As well being the world’s most popular weekly podcast, This American Life has a regular listenership of 2.2 million across 500 public-radio stations. One really isn’t alone at all when sharing an experience with all those people.

Something dramatic: On Wednesday, CBC Podcasts and Toronto’s Expect Theatre launched The Quarantine Chronicles, a summer series of what they call “out-there audio fiction.” They’re seven pandemic-inspired short plays, kicking off with Don’t Get Me Startered, a spooky and hilarious bread-based comedy from actor-playwright Mark Crawford. A stay-at-home husband gets a rise from a sourdough starter that is way too needy. Do you like puns? Crawford does.

Something with Ira Glass: The American comedian Mike Birbiglia has a lively new pandemic-birthed podcast, Working It Out. Each week, he welcomes funny people to test new material they can use once they’re allowed on the road again. Recent guests include Hannah Gadsby, John Delaney, David Sedaris and the Trump lip-syncher extraordinaire Sarah Cooper. But his first guest? Glass. “I don’t know if you know anything about these radio shows or podcasts,” Birbiglia says to the Pulitzer Prize winner. He does.

The Podcast Files: Three Tom Hanks-related (or Hanks-adjacent) podcasts worth your time
July 20, 2020 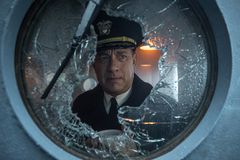 The Podcast Files: Michael Caine delivers the goods with his new series on spectacular heists
July 21, 2020 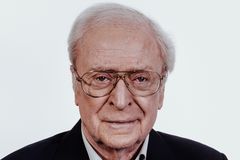 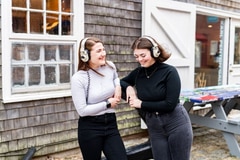