A beloved independent radio station serving Toronto’s black and Caribbean community is on the brink of financial disaster, according to court filings by a shareholder who moved to take over control of the business after the recent death of its founder and figurehead.

The parent company of G98.7-FM was placed under investigative receivership earlier this month after Delford Blythe, the station’s former chief financial officer and a minority shareholder, told a judge for the Commercial List of Ontario’s Superior Court of Justice that the station is unable to pay its liabilities and is at risk of losing its broadcasting licence. He alleged that the station’s troubles stem from the financial mismanagement of Fitzroy Gordon, the station’s founder and president, who died on April 30.

Gordon was a charismatic leader of Toronto’s black community whose contributions drew praise from politicians after his death.

Behind the scenes, however, Blythe alleges Gordon misdirected startup funds to himself during the station’s creation, and later diverted advertising revenue from the station’s website to himself. He further alleges that Gordon “arranged a scheme” of “self-dealing” to purchase shares of Intercity Broadcasting Network, the company that operates G98.7.

None of the allegations have been proven in court. The matter is due back for a hearing before a judge on Tuesday.

The action was first reported by Insolvency Insider, an industry website.

Politicians praised Gordon after his death, including Prime Minister Justin Trudeau and Ontario Premier Doug Ford, who both sent statements to his family that were included in his printed funeral program. Toronto Mayor John Tory called him “a towering figure in our city who brought people together.”

G98.7, which plays a range of music styles, from hip hop to reggae, soca, African beat and calypso, and has championed local artists such as Kafinal, Chelsea Stewart, Lisa Banton and Steele, is believed to be the only black-owned-and-operated radio station in the Greater Toronto Area.

G98.7 and Gordon, who worked for more than 10 years to secure the licence and launch the station, are inextricably linked. The station’s call letters – CKFG-FM – are drawn from his initials, and its lobby is a veritable shrine to Gordon, featuring a series of photos of him with political leaders, including Stephen Harper. The station livestreamed his May 10 funeral on its website.

In his filing, Blythe alleges that the station is in “imminent peril” and owes more than $200,000 to the Canada Revenue Agency; $183,000 to the Canadian Radio-television and Telecommunications Commission, the federal regulator; and additional sums of more than $165,000 to creditors who have received judgments against the station. He says it “exists on unsustainable debt financing and ... is currently unable to meet its immediate and looming financial obligations.”

A June 3 court order temporarily suspends the ability of creditors to collect those sums.

A station executive says the court action caught the company off guard. Gordon “was barely in the ground two weeks when this came to our attention, as a surprise,” said Alicia Wright-DaCosta, who was named chief operating officer in 2017 after Gordon suffered a stroke. She insisted the station was not insolvent and had worked out payment plans with its creditors.

She also alleged that the station was not served notice of the court action at its headquarters and therefore did not know about Blythe’s legal filing until after the June 3 court order.

On Sunday afternoon, Gordon’s widow, Marvette Powell, denounced Blythe’s action coming on the heels of her husband’s death. “It’s very stressful and disrespectful, and it’s unfair that, while I’m going through the process of mourning my husband, I have to deal with this predatory behaviour from this man. So, I find that very disheartening, and I’m very disappointed in his behaviour. I don’t know what the endgame would be for him, but it makes my grief even more hard to bear at this particular time.”

Calls to Blythe were unreturned by press time.

The filings reprise a clash between Blythe and Gordon from 2015, when Blythe, then the station’s vice-president and CFO, says he was fired after uncovering a scheme through which Gordon allegedly diverted website advertising revenue to his personal bank account. Blythe filed a court action, demanding more than $2-million in damages for defamation. Gordon responded with a $5-million-plus claim, alleging the station had lost out on significant revenue opportunities as a result of Blythe’s negligence and incompetence. Blythe denied the allegations.

The matters were unresolved, although they re-emerged in filings with the CRTC when the station sought the renewal of its licence in 2017. When the regulatory body expressed concern about a number of episodes of non-compliance, the station placed the blame for the matters on Blythe, who they noted was no longer with the company.

Last year, the CRTC renewed the station’s licence for three years rather than the conventional period of seven years, noting it still had concerns about compliance.

Wright-DaCosta, who worked with Gordon from before the station launched in December, 2011, said it gave the community a place to talk to itself. “G98.7 means that the African and Caribbean community – and even beyond – will always have a voice,” she said. “A place that their business, their hearts, their culture can be expressed and understood. It’s a place, a platform that persons can come to, and enlighten the larger diaspora. It is that platform that we’ve never had before 2011.”

By one measure, the station’s fortunes appear to be improving. In the most recent ratings book (covering the period Feb. 25 to May 26, 2019), CKFG-FM earned a 1.6 share, with a cumulative daily audience of about 108,000 listeners. That represents a 100-per-cent increase in share from the period one year earlier. 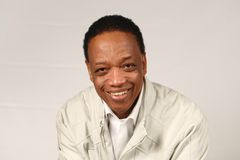