Being transgressive is hard.

You think it can be a formula: Get a writer/producer such as Caroline Dries (Smallville, The Vampire Diaries) to do an update of Batwoman. Make Batwoman sad. Let her tell you so, repeatedly, in world-weary voiceover. Cast an out lesbian, Ruby Rose, to play the out lesbian lead, Kate Kane, Bruce Wayne’s cousin. Send her to military school, but have her drop out rather than deny her love for Sophie (Meagan Tandy). Make Kate mope around because Sophie opts to betray her, marry a man and then go to work for Kate’s dad’s elite security force, so Kate has to see Sophie all the time. Give Kate a sister, presumed dead in a long-ago accident that she still feels guilty about, who turns out to be Alice (Rachel Skarsten), the leader of the marauding Wonderland gang. Let Kate discover in episode one that cousin Bruce, who flew away from Gotham three years ago, is Batman. Slip into his suit, strap on his weaponry and go nuts. If only.

Or how about this: Get Stephanie Savage (Gossip Girl, The O.C.) to reboot Nancy Drew. Make Nancy (Kennedy McMann) sad, too, and let her tell you so, repeatedly, in world-weary voiceover. Give her a dead mom, a neglectful dad (Scott Wolf) and a dead-end job – she flaked on her college applications and now waits tables at a diner. Make her one of those genius crime-solvers that, for some inexplicable reason, the local sheriff (Adam Beach) hates. Demonstrate that she’s not your mother’s Nancy by showing her having sex with bad-boy Nick (Tunji Kasim) in almost the first scene. To drive the point home, make sure she’s on top and that she leaves immediately after finishing. No cuddles for 21st-century Drew! Give her a crew of frenemies, all of whom have capital-s Secrets, to give her stony looks but still help with the crime-solving. Litter a few dead bodies and a ghost in her path, et voila. Right?

But nope. By definition, anything that’s formulaic can’t be transgressive. Transgressive has to make you go, “Oh, no!” and “Oh, yes!” at the same time. It has to scare you, yet make you want to be scared more. Plus, psychological explanations – “Duh, my mom, like, died?” – are not the same as psychological insights.

Listen, I’m not saying that television has solved the thorny issues of equality and representation; far from it. But at this point, we’ve seen enough shows centring on spiky female characters that the needles for both mainstream and transgressive have moved.

Back in the 2000s, watching Nancy Botwin (Mary Louise Parker) get suburbia high in Weeds was a thrill, as was seeing Edie Falco in Nurse Jackie snort a chopped-up oxy in the hospital bathroom, then go back to work. Now we’ve got Supergirl (which recently introduced a Trans superhero, the Dreamer, played by Nicole Maines), Riverdale (angsty Archie characters) and Charmed (sister witches), alongside bisexual leads in Legends of Tomorrow and The Flash. Now we’ve got a mixed-race Sabrina (half human, half witch), and a high school full of young women on HBO’s Euphoria – including a prominent Trans character, played by Hunter Schafer – who do every drug, sleep with every person and build thriving webcam businesses. We’ve even got an updated Veronica Mars, the cool aunt to them all. So the thrill threshold has risen. The anti-social ante has been upped.

Sure, it’s cool that Nancy Drew owns her sexuality (ish). And it’s fun to see Batwoman take hits in her bulletproof suit and lean into the turns on her Batcycle. Maybe for the pilot episodes, those gestures were enough to make underrepresented people sit up on their sofas.

But two episodes into each series, the gestures remain mere gestures. They haven’t been made meaningful. If, like Nancy Drew, you simply recast Scooby Doo with actors who would have been at home on Melrose Place – even if you have a couple of them sleep around – well, it’s still Scooby Doo. There’s nothing in either Nancy Drew or Batwoman as rich as the sequence in Captain Marvel where kid Carol falls off her skateboard, then tween Carol falls on the softball field, then soldier Carol falls in training camp – but then she gets up, and gets up, and gets up.

To me, transgressing is what the director Susanne Bier did when she cast a very pregnant Olivia Colman to play a kick-ass cop in the 2016 miniseries The Night Manager. It’s the songwriting on Crazy Ex Girlfriend. It’s Taylor (Asia Kate Dillon) on Billions teaching their alpha-male boss to address them by their preferred pronouns. It’s filling the frame with dozens of black and brown women in Orange is the New Black. It’s casting a trans actor (Theo Germaine) in The Politician, but not making the character about his gender in any way– all the drama is in the political machinations. It’s Phoebe Waller-Bridge nailing sexual nihilism in Fleabag Season 1, and making Season 2 be about (gulp) love, that’s subversive.

But hey, all that said, for too many of us, any representation is meaningful representation. As a kid, I sat on the floor directly in front of my TV, waiting for Catwoman or Batgirl to show up and kick Adam West’s ass on Batman. As a young mother, I was riveted by the conversations about married sex on thirtysomething. I am currently in love with Linda Emond’s character on the AMC series Lodge 49, because she’s as heartbroken about the demise of journalism as I am. We are born alone and we die alone, and in between we are constantly looking for things that make us feel that less. So when a connection does happen – be it in a late-night dorm conversation, or gazing at a painting, or watching a woman finally get to stand on the edge of a skyscraper while her Batcape swirls around her – we experience it like a wash of endorphins. We seize it and wear it like an oxygen mask.

So to be able to argue that what Batwoman and Nancy Drew are doing isn’t transgressive any more – to say that the days are over of basic representation being enough? That feels like progress. 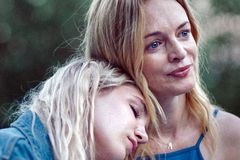 Quentin Tarantino’s Once Upon A Time in Hollywood could be magic, uncynical art — or just one hell of a movie trailer
Subscriber content
July 23, 2019 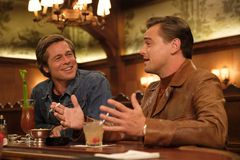 Revamping old stories and the women in them – this time, by female filmmakers
Subscriber content
July 17, 2019 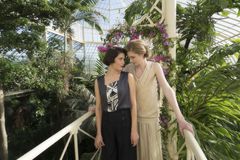