It’s the end of August. The days are getting shorter and so is the time left to enjoy the balmiest season. This is no time for Old Town Road, sick beats or Taylor Swift shenanigans. Instead, wind down the summer with two new albums of soul and shoe-gaze and two reissues of other-worldly ambiance.

The only people who love comeback sagas and underdog stories more than Rocky enthusiasts are music fans. Look at Sixto Rodriguez, a long-gone Detroit singer-songwriter who disappeared after releasing a pair of albums in the early 1970s. His vanishing act was so convincing that he was written off as dead until a cult-like appreciation for his music in South Africa triggered the 2012 Academy Award-winning documentary Searching for Sugar Man. The film resurrected the man’s career.

In that vein, we have Beverly Glenn-Copeland, a classically trained transgender artist and long-time kids’ show performer from New Brunswick. On the side, Glenn-Copeland recorded soaring ambient opuses that mostly went unnoticed until a Japanese record collector came across some old cassettes in 2015. After which, the career of Glenn-Copeland, now 77, took off.

The latest album of Glenn-Copeland’s to be reissued is 2014′s Primal Prayer, described by the singer-composer as an “outpouring of my life, warts and all,” after almost dying and then miraculously recovering from a sudden nasty medical condition. The album is spiritual in its message and multicultural with its percussion; funky here, serene there. “Get up and dance, greet your dawn, this is your chance," Glenn-Copeland croons on the heaven-sent In The Image.

In a recent interview Glenn-Copeland said, “the industry could never figure what I did.” Funny thing, it’s now 2019 and Glenn-Copeland’s music makes more sense than ever and we can’t figure what it is that the “industry” does.

Buzzy, fuzzy, gauzy and lyrically morose, the new album Rêve Bleu from the Vancouver alt-rock duo Palm Haze is a follow up to its debut EP Tangy Dream, released digitally in 2017. (The new seven-song package drops Aug. 30; a preview exists at palmhaze.bandcamp.)

The principals are Lucas Inacio (on guitars, synths and beats) and singer-bassist Anna Wagner. The band originally formed in Brazil, but you’d only know that from their passports, not from their dreamscape sounds and distorted guitar glide. Followers of the Smashing Pumpkins and Broken Social Scene should dig at least half the album. Fans of power shoegaze pop and blippy-trippy house music won’t be disappointed either.

A seemingly disillusioned Wagner sings that her soul is a valley – “a vast barren waste" – but this twosome is onto something sublime. Bottle their narcotic ideas and call the drug Rêve Bleu. Make a million. Retire to a weird island called Palm Haze.

On July 20, 1969, the Apollo 11 spacecraft landed on the moon. In the early 1980s, the sonic explorer and former Roxy Music keyboardist Brian Eno landed at Grant Avenue Studio, the Hamilton recording facility built by Bob Doidge and the Lanois brothers. There, Eno (with his own brother, Roger, and Daniel Lanois) recorded Apollo: Atmospheres & Soundtracks, instrumental music intended for Al Reinert’s 1983 documentary on the Apollo missions. A re-edited version of the film was released in 1989 as For All Mankind.

Some of the tracks have also popped up elsewhere. You might recall the liquid steel-guitar nitrogen of Deep Blue Day, used blissfully in Danny Boyle’s Trainspotting. Fifty years after the first moon landing, Apollo: Atmospheres & Soundtracks has been remastered and reissued, with new tracks added to the package.

The song titles are descriptive: Drift, Silver Morning, Weightless, Strange Quiet. The melodic Always Returning is the most beautiful music possible for departing a relationship. The title to Apollo astronaut Buzz Aldrin’s book is Magnificent Desolation, which also pretty much nails the vibe of this Eno soundtrack. Many pieces of music have been blasted into outer space over the years. Apollo: Atmospheres & Soundtracks is the rare album that sounds like it has returned from a visit to the stars.

What we do know is that Zobary, on her album July Clouds, has a lovely way with gospel-music chord progressions (on Love Me) and that Karen Carpenter would be flattered by the sultry R&B longing of This Photograph.

On the closing title track, Zobary advises that in times of despair one should “lay down and sigh at the cotton candy rolling in the sky.” If April showers bring May flowers, July Clouds brings August smiles and a new artist worth hearing. 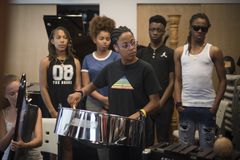 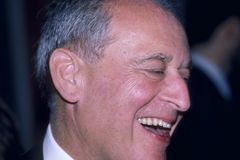 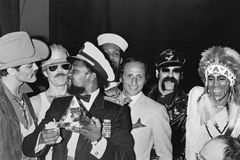