If I asked you, "Will you watch the Canadian Screen Awards on Sunday night?" would you laugh in my face? That sounds harsh, but the conundrum of celebrating an entertainment industry that's permanently on life support is such an intractable one, even the CSAs' most ardent supporters make terrible dying-animal sounds when queried about it.

First, the best-picture nominees are always nuts. Not because they're undeserving, but because they're all over the map (literally). This year there are five French-language films (Corbo, Les démons, Félix et Meira, Les êtres chers and My Internship in Canada); two films by established Canadian auteurs (Guy Maddin's The Forbidden Room and Atom Egoyan's Remember); a plucky directorial debut (Sleeping Giant); and two shiny international co-productions that have almost zero to do with Canada (Room, Brooklyn).

Second, it's next to impossible for any one Canadian audience to see all the nominees. Some have opened, but in big cities only. Some have yet to open. Some are hits in Quebec but play nowhere else. The entries have travelled the world, to festivals in Berlin, Munich, Goteborg, Hamburg, San Sebastian, Amiens, Basel, Las Palmas, Palm Springs, Locarno, Mar del Plata, Athens, Cannes, Ghent, Mumbai and Reykjavik. But they can't land a screen in Alberta or New Brunswick.

And always, in the most popular films – the aforementioned Room and Brooklyn – the only Canadian content (other than the crew and some financing) is a couple of actors in small roles and a lot of locations dressed as American cities. Room's Irish-Canadian screenwriter, Emma Donoghue, who also wrote the source novel, had her reasons for not setting her story at home: When Jack and Ma emerge from the titular room, "I wanted them to enter a society that assumed it was the best in the world," i.e., the United States, she said in September, when the film wowed the Toronto International Film Festival. "And I wanted them to be worried about health care." But that's not exactly helpful to forging a Canadian identity.

The television nominees are better known, because television is obviously more accessible. But for every 19-2 and Mohawk Girls, which have a sense of place, there's a Saving Hope set in Anywheresville.

Third, the ceremony itself is torn. On one hand, it wants to be popular – and suffers for that, because Canadians are terrible at making and promoting stars. As well, it limps into view at the tail end of awards season, when anyone who cares about this stuff has been OD'ing on more lavish events since early January.

On the other hand, the CSAs want to be a party for industry insiders, to wearily celebrate each other for hanging in there another year. (They certainly hand each other a whopping number of statues: 22 in film, 89 in TV, five in digital media, plus 13 special awards.)Yet none of that means we shouldn't have awards. (Imagine telling the French they can't hand out Césars.) Canadians have a right to their culture – to watch their shows and films, to praise them when they're good, even if, as one producer I spoke to puts it, the CSAs are "a last gasp to make people pay any attention whatsoever." It's easy to see the CSAs as a mess with no solution. But there is another way to look at them. For better or worse, they're a clear reflection of what Canadian film and television – and Canada itself – are: a sprawling, sparsely populated polyglot with two official languages, representing at least four cultures (including Hindi and aboriginal), featuring nominees and presenters who are almost-stars (Rossif Sutherland, Emily VanCamp, Aunjanue Ellis), in an industry that's so cottage and DIY that it's more Etsy than Emmy.

"Can we speak to all people? No we can't," says Helga Stephenson, chief executive officer of the Academy of Canadian Cinema & Television. (Widely praised for merging the Genie and Gemini Awards when she came on in May, 2011, she announced in late February that she'll step down as soon as a replacement is named.) "Could we promote it better? Absolutely. But the good news is, we show everything. It's more important to stay true to the diversity in our industry than to be popular by showing only one facet of it."

Some fixes seem obvious: TIFF could be more aggressive about putting Canadian films, stars and journalists front and centre, as the French do at Cannes. As one producer (who did not want to be named) puts it, "We shouldn't have to fight to nab a tiny piece of our own territory." Cineplex could jettison any remaining restrictions against screening films that are also streamed on other media. (It's the 21st century, people. The old delivery models are moribund.)

Bell Media and Shaw could drop their mothball-tinged policy of only promoting stars that appear on their own shows. And we in the mainstream press could cover local talent when they're here, eager to speak to us, before they move to L.A. and refuse to.

As we're seeing around the globe, the best solution is to double down on being local, loud and proud. The Wire was obviously set in Baltimore. Same with Treme in New Orleans, The Killing in Seattle, The Fall in Belfast, Borgen in Copenhagen and Trapped in Iceland. Audiences have proven their appetite for the specific. (Did you care much about New Zealand until you saw Top of the Lake?) Given the state of the world, Canada is looking pretty great – Justin Trudeau or Donald Trump? – and we should capitalize on that.

"There's no reason we couldn't do that with Canada," Stephenson agrees. "But we need that primary incubator," as Britain's ITV was for Downton Abbey. "Who were those people? They weren't stars. They were made into stars. Canadian networks have to step up."

That means more Book of Negroes and less clinging to the old model of searching for mainstream hits. (That doesn't even work in the U.S. any more; The Good Wife was its last gasp.)

Distributors have to step up, too, as American newcomer A24 did for Room. Although it was a tricky subject with no stars, they believed in it and threw money at it. Now it's an Oscar-winner, and everyone knows who Brie Larson and Jacob Tremblay are.

Canadian talent wants to stay: In interview after interview, successes such as Sarah Gadon, Sarah Polley and Denis Villeneuve reiterate how much they'd like to not move elsewhere. If their distributors won't promote them, they hire their own PR agencies or turn to social media and do it themselves.

"We're not great at this," Stephenson understates, "but I expect us to get better." Because if a culture airs an awards show and no one watches, how can it make a sound? 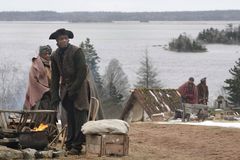 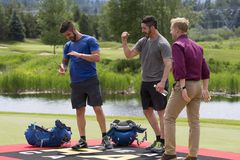 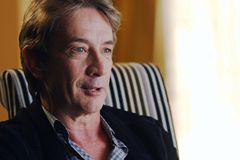 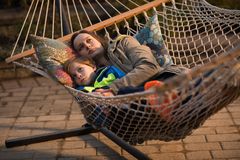 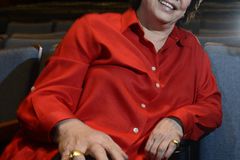