The Montreal-based filmmakers behind the odds-on favourite to take home the Oscar for best short documentary on Sunday night say they weren't originally sold on the idea of making another film on a Holocaust-related story.

"We felt we were pretty Nazi-ed out," says Frederic Bohbot, executive producer of The Lady in Number 6: Music Saved My Life. Bohbot had already directed the critically acclaimed 2006 documentary Once a Nazi …, about a Concordia University professor exposed as having a questionable history as a Third Reich officer. And director Malcolm Clarke had been nominated for an Oscar in 2003 for Prisoner of Paradise, about a Jewish performer who survived the Theresienstadt concentration camp.

But when they learned more about the life of Alice Herz-Sommer, the oldest known Holocaust survivor (who died this week at age 110), they felt the story was too amazing to pass up. "Alice had this incredible attitude and approach to life," Bohbot said. "She was truly incredible. For her to have been detained for years in a concentration camp, and then to walk away with such a positive attitude in life, her spirit was truly inspiring."

The Lady in Number 6 features interviews with Herz-Sommer and other survivors, as well as scenes of her playing the piano in her apartment in London, a city she moved to in 1986. Born in Prague, she recalls growing up in a cultured home, brushing up against such iconic figures as Franz Kafka and Gustav Mahler.

But in 1939, the Germans invaded Czechoslovakia and the Jewish population was detained and deported. Herz-Sommer and her son were sent to Theresienstadt; her husband died of typhus at Dachau; she would never see her mother again. It was at Theresienstadt that she would continue to play piano, something that kept her fellow inmates and captors entertained.

In the film, she says, "Music saved my life, and music saves me still."

"When you listened to what Alice had to say, you realized there wasn't a cynical bone in her body," Clarke said. "And that is completely disarming. She took something very precious away from an experience that was very, very traumatic. I've never met anyone who can say they were glad to live through the Holocaust. That's an extraordinary statement, and I don't think for a minute that she was being disingenuous when she said it."

Both Clarke and Bohbot have solid backgrounds in the documentary world. Clarke won the best short doc Oscar in 1989 for You Don't Have to Die, about a young boy's battle with cancer. In 2002, Bohbot founded Bunbury Films, whose projects have included Burning Water and Work in Progress.

Having already visited the Holocaust as a documentary topic, both filmmakers were well aware that the terrain was not exactly new. "I definitely see a Holocaust fatigue," Clarke said. "The tendency of audiences, critics and members of the Academy has had an effect on films about the Holocaust. It certainly had an effect on me: Initially, I actually didn't want to make this film. I thought enough had been said on the topic, and I'd made a film about it myself 10 years ago. But when I finally met Alice, I knew that the film had to be made, because introducing Alice to the world would be much more than just another film about a terrible human tragedy."

Bohbot recalls Herz-Sommer as being "remarkably open and warm with us. There are so many grumpy people in the world, young and old. Here was someone who had really known hardship, yet she radiated this positive mindset. She was just beautiful."

Toward the end of the film, Herz-Sommer herself says, "Only when we are old are we aware of the beauty of life."

Bohbot is saddened by her death, just a week before the Oscars, but he is also extremely happy the filmmakers managed to capture her story while she was still alive. "Alice really believed that every day in life was a gift. We all believed in this film so much; everyone was actually volunteering their services. All of the crew, all of us, did it in our spare time." 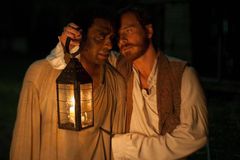 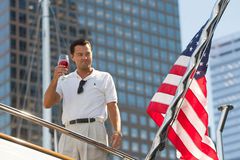 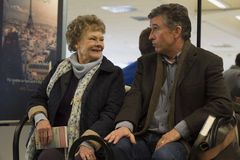 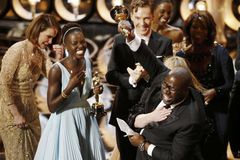 And the award goes to: 11 style winners (and losers) from this year's Oscar race
February 28, 2014
Follow us on Twitter @globeandmail Opens in a new window
Report an error Editorial code of conduct
Due to technical reasons, we have temporarily removed commenting from our articles. We hope to have this fixed soon. Thank you for your patience. If you are looking to give feedback on our new site, please send it along to feedback@globeandmail.com. If you want to write a letter to the editor, please forward to letters@globeandmail.com.
Comments