In 1998, Ben Affleck became the youngest-ever winner of the Academy Award for best original screenplay. And Good Will Hunting, co-written with Matt Damon, is a fine film indeed, though thanks largely to some standout performances – Damon, Minnie Driver, Robin Williams's beard – and the sure-handed direction of Gus Van Sant. The script itself is standard stuff, its plotting mechanical, the writing at times a little soft; the banter between Will and his buddies, for example, reads as particularly stagey and forced. On screen, however, those same exchanges play out with charming camaraderie, and seemingly unremarkable lines of dialogue (most notably Sean, Will's therapist, repeating, "It's not your fault. It's not your fault.") turn transcendent when whispered by a dewy-eyed, shaggy-faced Robin Williams.

So if the movie's success is indebted mainly to its realization, and not the strength of its script, why did the screenplay get voted the best of the year? How does one evaluate a screenplay, buried beneath all those pretty pictures, from its cinematic interpretation? Looking for answers, I e-mailed the Academy of Motion Picture Arts and Sciences, which responded with a smokescreen of industry jargon: "The Writing Categories submission process is through the Academy's official screen credit online submission platform … Submitting the screenplay is not part of the submission, it is based on the legal billing." Sure. But what are the criteria by which members choose a winner – what's on the page, or what's on the screen? The reply, in total: "They vote on the film."

This line of inquiry presupposes that the Oscars actually do acknowledge superior filmmaking and not just whichever way the wind is gusting through Hollywood. But, like most movie fans, I need to put my faith in something. Back in the previous century, I rode that fandom all the way to film school, initially with designs, like my entire male cohort, on writing the next Pulp Fiction. In our classes, we were humbled to discover that the main job of the screenwriter is to get the hell out of the way of everyone else: A screenplay isn't a primary text so much as a blueprint, at once specific and capacious, precise but not prescriptive, which offers a map toward what the movie will be.

I was as bad at screenwriting as I've been at anything in my life, but I learned enough to recognize that scripts aren't literature: They're not meant to be read so much as envisioned – essentially a typewritten means to a cinematic end – and as such, few films are well written in a linguistic sense. But even if adjudicators "vote on the film," rather than the script itself, a glance through previous winners of not just the Oscars, but the BAFTA, Writers Guild, Cannes and Golden Globe Awards leaves me mostly baffled. (Dog Day Afternoon and Fargo, yes. But Little Miss Sunshine?) Among this year's crop of nominees, only Ex Machina struck me as a particularly interesting piece of storytelling – at least from what I saw on screen. But what about the script itself?

Reading screenplays involves a lot of visual projection, and the lengths to which one can imagine words as pictures depends on the level of detail and description. Inside Out, for example, is a smart, funny, moving and visually striking film, but its script reads like point-form notes that would have made little sense if I hadn't already seen the end results. A piece of direction like, "The room is black except for a bright CONSCIOUSNESS SCREEN," doesn't conjure anything specific – though, per Pixar's famed and admired collaborative process, it does leave room for its animation team to interpret, envision and create the film together. But if the Oscar is, as the category claims, for writing, it's a little confusing as to how such a skeletal screenplay might qualify it for a prize.

Oscars for best original screenplay are often awarded for novelty; the past three winners, Django Unchained, Her and Birdman, were all heavily stylized, original pieces of storytelling that subverted or reinterpreted old themes. Yet classic narratives, too, seem to often receive recognition, particularly those films centred on figures of fierce, American integrity fighting morally stalwart, American fights – most evident, this year, in Bridge of Spies and Spotlight.

Both films are capable executions of a certain formula, though watching a rehash of the same old tale is far less mind-numbing than reading it. In Bridge of Spies, how talented Tom Hanks must be to sell dubious maxims such as, "The coward must abandon his dignity before he abandons the field of battle," while the story treads through cliché after cliché – yes, a tranquil domestic scene is shattered with gunfire through the window; yes, the ending reunites Hanks's family man with his wife and kids. And while Spotlight was compelling enough, there's a kind of rote functionality to the movie's script, which builds drama out of things such as the compilation of a database: "CLOSE ON the spreadsheet. More names are entered. We scan down the growing list of priests …"

Thankfully Ex Machina is almost as compelling to read as it is to watch – or, I think, witness – in part due to a screenplay that is far more vivid than the other nominees: "The helicopter flies over the lip of a WATERFALL, revealing a valley. The valley floor is a forest, and a single bright green meadow. Sunlit, like a jewel in the icy mountains. A white-water river runs through it." But mainly it's notable for evoking cinema's uniquely oneiric capacity for wonder; the story moves in surprising ways, always leaving us a step behind and hungry to catch up. While I don't expect writer Alex Garland to win (Harmony Korine, America's most inventive living filmmaker, has never even been nominated), his script stands out simply for telling a new story in a new way, with drama and emotion and, as Hitchcock liked to say, "visual skill."

And then there's Straight Outta Compton, whose nomination feels like a weak nod to diversity in this year's largely monocultural field, especially since no member of the predominantly black cast nor director F. Gary Gray nor producer Will Packer received similar acknowledgment. Aside from Ice Cube's lyrics, the best thing about this movie certainly isn't the writing, which mostly comprises characters trading expositional dialogue and catchphrases while the plotting stumbles awkwardly along a tripartite storyline. "CUBE: I guess freedom of speech don't meant shit. REN: Not if you a nigga wit an attitude."

Coincidentally, there's a moment about midway through the film in which Dr. Dre's mom echoes that Robin Williams tearjerker from Good Will Hunting: "This is not your fault." Though, here, the delivery falls comparatively flat. Not a fault of the writing, obviously, but it's instructive as to how printed words might not necessarily translate into dramatic results. So, I wonder: Why have a writing category if it seems mostly a Second-Best Picture Award, and if the actual writing doesn't really matter? To follow the logic that a "good" script does not automatically entail "good" writing – that it is, in fact, at its best when most invisible – then perhaps the best screenplay of all would be one that doesn't exist: simply a blank page, like a screen, onto which the production team might project their imaginings.

These bloggers are the most important, and loathed, people in the Oscar race
February 25, 2016 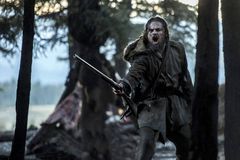 Shilling for an Oscar means delivering the performance of your life
February 4, 2016 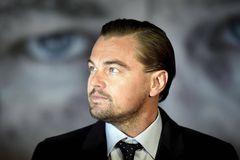 Love, war and superheroes on display in the Oscars’ best film shorts
January 28, 2016 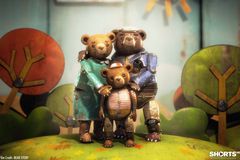