If you have a fondness for gambling and feel like striking it rich, now would be the time to place a huge bet on La La Land winning big at next month's Academy Awards.

While the approximately 7,000 members of the Academy of Motion Picture Arts and Sciences are traditionally loath to align themselves with the dubious 90 or so junketeers who comprise the Hollywood Foreign Press Association, which administers the Golden Globes, this year's circumstances are a bit different.

First, there's the curious matter of timing. This year's Golden Globes ceremony actually took place before nominations are set to close for this year's Oscars, a rare occurrence. So while in previous years no Academy Awards voter could possibly be swayed by what happened at the Golden Globes, this year it's quite the opposite.

Second, and perhaps most importantly, the HFPA on Sunday night proved it had at least noticed last year's #OscarsSoWhite controversy, and wisely recognized such outstanding, diversity-forward films as Moonlight (which won best picture in the drama category) and Fences (best supporting actress Viola Davis, whose intro speech for Meryl Streep was award-worthy in of itself). With the notable exception of Moonlight's Mahershala Ali losing to Nocturnal Animals' Aaron Taylor-Johnson (a true head-scratcher) for best supporting actor, the awards seemed to reflect a genuine Hollywood desire to acknowledge diverse voices in the industry – and if the Academy fails to do the same, they will be roundly and rightly mocked as an even bigger embarrassment than previously assumed.

Yes, the Globes can be silly – and overstuffed, and booze-soaked, and far too lenient when it comes to hosts (Jimmy Fallon should never be allowed near a Donald Trump joke, given how he previously helped soften and normalize the president-elect's image on national television) – but its influence on the Oscars, especially this year, is undeniable. With that in mind, what lessons did the HFPA dole out Sunday night? Here is a brief primer on the major categories:

Best actor: Year after year, the Globes offer a good sense of which way the Oscar winds are blowing when it comes to the acting categories, regardless of matters of timing or diversity-sensitive sensibilities. Last year, for instance, the Academy's eventual best actor (Leonardo DiCaprio) and best actress (Brie Larson) first won statuettes from the HFPA. Ditto the year before, with Eddie Redmayne and Julianne Moore. Expect history to repeat itself again this year, with Casey Affleck (Manchester by the Sea) taking best actor for drama. True, Ryan Gosling (La La Land) also won, but it was for best actor in a comedy/musical, a lesser category than Affleck's win, no matter how you cut it. This is, of course, where the Globes have a distinct advantage compared to the Oscars: they award best actor, best actress and best picture across two genres, allowing them to double their winners and further complicate any Oscar prognosticating. Still, expect Affleck to make it to the final stretch, handily (and pay no mind his queasy past involving a sexual-harassment lawsuit; lord knows Amazon Studios would like you to be ignorant of it).

Best actress: Ever since the Venice Film Festival this past September, the best actress race has been pegged as a long-distance marathon between La La Land's Emma Stone and Jackie's Natalie Portman – a contest that got immediately more clear with Isabelle Huppert's surprise win for best actress (drama) for Elle. Stone still landed the best actress award in the comedy/musical category, but can she carry that to the Oscars against a surging Huppert? Either way, it looks like Portman is down for the count, though that may have always been the case, given that she's already won an Academy Award, and Stone (and Huppert, too) are Oscar newbies in more highly regarded films. Although given how eloquent Meryl Streep was in her acceptance of the Cecil B. DeMille Award earlier in the evening, don't be surprised if industry goodwill carries her all the way to the podium for Florence Foster Jenkins, too, for the 17th time or so.

Best director: Although Moonlight's Barry Jenkins lost out to La La Land's Damien Chazelle, I wouldn't consider the latter the Oscar favourite just yet. As noted above, the Academy could decide to reverse course after watching what happened on Sunday night, and instead go with Jenkins as best director, and La La Land as best film. It's a split that's not uncommon when it comes to the Academy, and the institution desperately needs to prove it's not blind to the brilliant and diverse artists in its midst. Honouring the very worthy Jenkins would go a little way toward changing its image.

Best picture: The Globes' infamous drama and comedy/musical split detailed above doesn't really matter most years, as most films in the latter category get washed out by the time the Academy comes knocking. But this year (like 2003, when the musical Chicago triumphed), there's an honest-to-goodness musical competing for the top prize. So while it was all but assured that La La Land would walk away with the best picture (comedy/musical) statuette after winning every other award it was up for (seven in total, a Golden Globes record), it was left to the drama category to clear things up, in terms of Oscar potential.

Which is why Moonlight's win on Sunday night is so intriguing – the coming-of-age drama has been battling it out with Manchester by the Sea and La La Land for the past month on the awards circuit, each collecting various trophies and accolades from artist guilds and critics groups, but with neither really coming out that far ahead of the other. The fact that the HFPA tipped its hat to Moonlight gives it just that much of a necessary edge when the Academy announces its nominations Jan. 24. Will it be enough to take on the La La Land behemoth? Well, that's the high drama that will keep Hollywood on its toes until the big night next month. 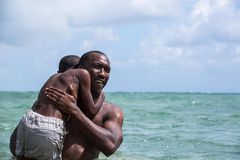 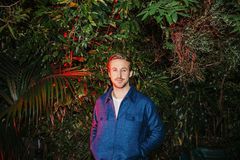 Film Review
With La La Land, Damien Chazelle has crafted a perfect film
December 21, 2016
Follow Barry Hertz on Twitter @hertzbarry
Report an error Editorial code of conduct
Due to technical reasons, we have temporarily removed commenting from our articles. We hope to have this fixed soon. Thank you for your patience. If you are looking to give feedback on our new site, please send it along to feedback@globeandmail.com. If you want to write a letter to the editor, please forward to letters@globeandmail.com.
Comments