Everything from beans to basketballs will be on screens at next month's 10-day, genre-bending Images Film Festival, which includes movies, live performances and media installations.

The 27-year-old festival, considered the largest North American event of its kind, will include more than 100 local and international artists, whose works will be presented at the Art Gallery of Ontario's Jackman Hall and other downtown Toronto venues.

The April 10-19 festival opens with the feature-length documentary From Gulf to Gulf to Gulf, which looks at merchant sailors crossing the Arabian Sea, in wooden boats, carrying everything from livestock to electronic goods. The film was made in collaboration with sailors and the Mumbai-based collective CAMP, with a soundtrack of Bollywood and religious songs selected by the crews.

The festival's artistic director, Pablo de Ocampo, describes the film as "one of those things that will just knock people's socks off, a kind of edge-of your-seat thriller, as much as a non-conventional documentary can be. It's a really pleasurable film but also quite rigorous."

Screening on April 14 is another film that has drawn international attention: director Narimane Mari's Bloody Beans, winner of the Copenhagen Documentary Film Festival's top prize, where its status as an "re-enactment" allowed it to slip by the non-fiction criterion. The film, described by Variety as a "quasi-hallucinatory" allegory comparable to The Lord the Flies, follows a group of Algerian children during the Algerian war of independence. Tired of eating beans, they discuss rumours that more luxurious foods are available at the French barracks, and plan a raid.

The idea of dinner and a movie gets an unusual twist on April 11 with New York artist Andrew Lampert's piece Making Space for More, an evening of performance and food at AGO's Frank restaurant. It includes a tasting menu prepared by AGO's chef Jeff Dueck. Artist and musician Michael Snow will also be featured in the performance.

De Ocampo said he's not really sure what will happen that night, but that the open-ended event represents the festival's focus on artistic practice rather product. Lampert did a similar performance at New York's Whitney Museum of American Art last March, with the idea of bringing its bookstore and the café as part of the gallery experience.

"That's something that crops up a few times in the festival, that we try to provide a platform to support artists' processes," de Ocampo said. "It's not just about showing the greatest and latest, but identifying what artists are doing across a body of work."

Even an apparent standalone feature such as From Gulf to Gulf to Gulf, he said, was the product of a multiyear community project involving books, photographs, workshops. The festival is also a chance for the creators, Mumbai-based artists Shaina Anand and Ashok Sukumaran, to expose the full scope of their work, including a multiparty, online, digital-video archive.

The festival concludes on April 19 with Canadian filmmaker Brett Kashmere's From Deep, a experimental archival documentary which he describes as "between essay and mix-tape." It's a cultural history of basketball in American life, using footage of pickup games, highlight reels, movies, television and video games, and traces the sport's relationship to class, race, money and hip-hop culture.

The schedule of festival events and ticket information is available online at imagesfestival.com.

Sex and the big screen: Seven movies that truly shocked
March 20, 2014
Film Review
Down River: It aims for poignancy, but settles for pat life lessons
March 21, 2014 Film Review
Bella/Hermione/Katniss/Tris: Which leading lady are you?
March 21, 2014 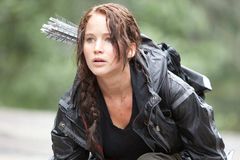