Karyn L. Freedman, winner of the BC National Award for Canadian Non-Fiction for her harrowing memoir One Hour in Paris: A True Story of Rape and Recovery, says she hopes the prize brings more attention to the issue – and spurs government action.

"I feel grateful to the B.C. Achievement Foundation for singling out my book because in singling out my book, they're singling out the issue," Freedman told The Globe and Mail shortly after winning the $40,000 prize. "To pick this book on this topic at this time I think is significant. ... We need to address the issue head on and of course if this attention to my book focuses attention on that, mission accomplished."

She added that "we need to put pressure on our government [which is unwilling] to look at the issue of missing and murdered aboriginal women in Canada. ... We need the government to address these issues and to pour resources into these issues. If there's no resources and no political will, there's no change."

The book, published in Canada by Freehand Books, is a powerful, straight-forward account of Freedman's 1990 rape, when she was 22, and the years she spent recovering from the brutal incident – including research about how the brain deals with trauma. "There are images in my head that do not belong there," the prologue begins. "No matter how hard I try to get rid of them they will not go away."

The book – her first – was cited by the jury as a "book about rape, but, more than that, it's a book about our collective failure to address the ways in which sexual violence shames and silences its victims and taints our society as a whole."

In remarks during Friday's ceremony in Vancouver prior to the announcement of the winner, Freedman – who was born in Winnipeg, lives in Toronto and is an associate professor of philosophy at the University of Guelph – said the book was published at a time when the issue gained national and international mainstream attention.

"One Hour in Paris is a memoir but the book of course is not just about me," she told the audience. "The story of a young woman, a rape, trauma and its aftermath – that is a story that however regrettably is a universal one. And in 2014 that story was front and centre in Canada and elsewhere with news about the widespread problem of rape on university campuses, with the RCMP report on the missing and murdered aboriginal women and with a variety of high profile cases of domestic and intimate partner violence. Now these issues are not new but for the first time they got consistent coverage in the mainstream press and with that we saw a shift ... in the collective consciousness about the issue of violence against women and that shift actually leaves me quite hopeful. I think that shift means it will be harder to deny the patterns of violence that exist in our communities, harder to dismiss women's stories, harder to deny that what we have here is a genuine crisis. So actually 2014 was in many respects an important year for women who stood up, who spoke up and who were heard."

The jury for the 2015 prize was made up of Globe and Mail arts editor Jared Bland, journalist and writer John Fraser, and Simon Fraser University chancellor Anne Giardini. The prize, presented by the British Columbia Achievement Foundation, originates in B.C. but is open to all Canadian non-fiction.

The other shortlisted books for the prize, now in its eleventh year, were The Morning After: The Quebec Referendum and The Day That Almost Was by Chantal Hébert with Jean Lapierre; Between Gods: A Memoir by Alison Pick; and Circling the Midnight Sun: Culture and Change in the Invisible Arctic by James Raffan.

Book Review
Our favourite books of the year that we didn’t review
November 21, 2014 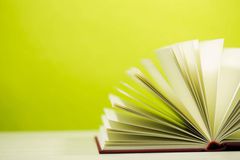 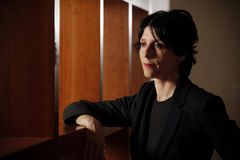 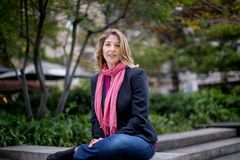