Tommy Lee Jones, known onscreen for his incredulous eyebrows and gruff impatience, is, in person, the same but possibly more so. Over the years, there have been innumerable stories about the 67-year-old actor's brusqueness, on movie sets and in life. An example: A Texas journalist told me he once saw the star in a steak house when a woman approached him for an autograph. "Mr. Jones, I hate to bother you…"

To which Jones responded: "Then don't," and turned back to his meal.

Yet Jones, who grew up in Midland, Tex., where he knew the George Bush family, and spent his college years on a scholarship studying literature at Harvard, where he roomed with Al Gore, is a politically and artistically sophisticated man. That sophistication is amply evident in The Homesman, the new western which made its debut at the Cannes Film Festival on Sunday morning.

Jones produced, directed, stars in and helped write the script (adapted from Glendon Swarthout's 1988 novel). The story follows a 31-year-old "spinster" woman, Mary B. Cuddy (Hilary Swank), who agrees to escort three mentally ill women from the frontier back to Iowa.

Mary is accompanied by a claim-jumping former military deserter, George Briggs (Jones), who she is paying for the job. Though the premise of the plucky young woman and the dissolute older man on a redemptive quest is familiar (The African Queen to True Grit), The Homesman has an uncharacteristic feminist twist, and implicit commentary on the destructive toll of American individualism and uncivilized capitalism.

Jones calls it: "The inverse of what you normally see in a movie with horses and wagons. Going east and about insane women – instead of heroic men...."

Jones's previous Cannes competition film was 2005's The Three Burials of Melquiades Estrada, in which he starred as a surly Texas rancher who returns the body of his murdered ranch hand to his Mexican family. Again, the theme of two solitudes and a harsh frontier dominated. To get to the intellectual, reflective side of Jones, though, requires some tolerance for his curmudgeonly terseness.

Asked, for example, about juggling the dual roles of actor and director, he snaps back: "As a director, I do everything I tell myself to do, and as an actor, I listen."

On casting Hilary Swank: "It took me five seconds to decide. She's perfect for the role physically, mentally and emotionally, even ethnically. She's from Nebraska."

On working in Hollywood's most famous historical genre, the western: "I don't know what the word 'genre' means. We're just telling a story about the American West the best way we can."

After more pushing, he concedes that the film is an American history film, and "American imperialism west of the Mississippi" is a theme, but otherwise, "the film speaks for itself."

He denies he has any specific cinematic influences, beyond "every movie I've ever watched." He adds that his major influences are "Donald Judd and Joseph Albers, who are not filmmakers."

(He doesn't bother explaining that Judd was a minimalist sculptor, and Albers a German-American artist and theorist most famous for his series of nested squares in different colours, Homage to the Square. But then, waxing forth about his love of minimalism might be too contradictory.)

Perhaps the closest thing to an artist credo that Jones offers arises when the discussion turns, as they often do at Cannes, to the struggle to make personal films within the Hollywood system. Both The Homesman and The Three Burials of Melquiades Estrada were backed by French director-producer Luc Besson, who joked that, when it came to producing such quintessentially American films, "they call a French."

Talking on behalf for his cast and crew, or perhaps just himself, Jones speaks in the first person plural.

"Our lives are a never-ending search for originality. We don't think of ourselves being in or out of any systems. We're a system of our own and if we can get that up and running, and end up in a place like this, we're as happy as can be."

New York director Abel Ferrara's lurid and experimental Welcome to New York is a barely fictionalized account of the sexual-assault trial of Dominique Strauss-Kahn, the former International Money Fund chief and presumed French presidential candidate who, in 2011, was charged with attacking a New York hotel maid. The film was something of a Cannes first: an invitation-only video-on-demand screening, on the Carlton beach on Saturday night, timed to the online release of the film in several Europe countries, including France.

Raw in any number of ways, the film opens with a series of highly graphic sexual encounters with the French diplomat and paid escorts, both at home in his Paris office and later in a New York hotel, where the menu de jour for Dominique (played by Gérard Depardieu) and two of his political friends includes escorts, "cialis, cognac and ice cream." The sexual encounters, while consensual, are shockingly rough. A day later, after saying goodbye to two different prostitutes, Dominique steps out of his morning shower and attempts to force himself on an African immigrant maid who has come to clean his room, and the tone changes abruptly.

Whatever gross titillation the early scenes offer, the script by Chris Zois (best known as Gloria Vanderbilt's therapist) quickly offers more nuanced indications of Dominique's lack of awareness border, never more clearly than when he begins interrogating his daughter and her new American fiancé on their sex lives. There's no question here of his guilt, or his egomaniacal indifference to those he hurts.

But Welcome to New York is also a film of distinct stages, with the middle ground finding a wry humour (reflected in the title) of the portly, pompous Frenchman dealing with the shock of cynical New York cops and the prison guards. The movie's final sequence is a sustained two-person drama (apparently largely improvised) set in a New York pad, costing $60,000 a month, where Dominique lives under house arrest, while his wealthy wife, Simone (Jacqueline Bisset), both engineers his release while pushing to make him confront his monstrosity. The scenes were shot in the actual townhouse where Dominique Strauss-Kahn and his wife stayed during his trial.

In the press conference following the screening, Depardieu said the story was "a Shakespearean tragedy" that was "all about money, sex and power."

Bisset said she initially shrank from scenes, shot under a stark overhead light and depressing surroundings, "that made me feel ugly" but she became absorbed with the improvisation process: "I've lived with a lot of difficult men in my life. I felt I was living my own life in this role."

Asked if the Strauss-Kahn family had responded to the film, producer Vincent Maraval said he expected they would pay the seven euros to download it and watch it like everyone else.

The Globe at Cannes: The lambasting over Egoyan's The Captive? It’s overkill
May 16, 2014
Ryan Reynolds’s career takes a dark twist
May 16, 2014 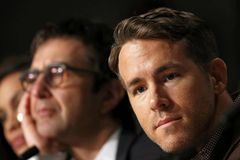 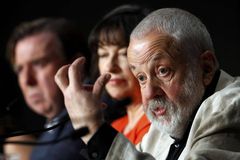 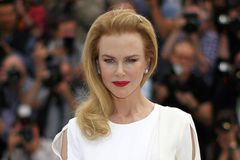 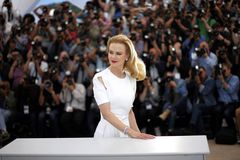