An apparently bizarre decision to have newspapers determine what documentary films qualify for Oscars is, in fact, only one small aspect of sweeping changes in the Oscars documentary film nomination process designed to better reflect voters' consensus.

On Sunday, The New York Times broke the story that the Academy of Motion Picture Arts and Sciences will implement a new policy for the 2013 ceremony under which it will only consider documentaries for Oscar contention after they have been reviewed by The New York Times or the Los Angeles Times.

But the review policy is only one minor element in changes, pushed by filmmaker and Academy board of governors member Michael Moore, designed to make the documentary race more credible and representative of popular appeal.

The problem of mainstream and celebrated documentaries being left off the list has been chronic and reflects a flaw in the existing system. This year, for example, successful documentaries including Senna, Into the Abyss, The Interrupters and The Arbor were all left off the documentary feature long list. In the past, such prominent films as Capitalism: A Love Story, Hoop Dreams and The Thin Blue Line were ignored by the Academy.

This was not strictly a matter of the taste of voters in the documentary branch, but a process that was open to error. In the current system, volunteers form multiple committees to watch dozens of qualifying documentaries (124 this year) and then offer their top choices for the 15-film short list, which is then whittled down to five nominees. Not everyone sees the same films, and a few negative votes can keep a critically lauded and popular film out of contention.

That's why prominent filmmakers such as Steve James ( Hoop Dreams), Morgan Spurlock ( Super Size Me) and Moore support the new system, in which the entire 157 members of the documentary branch will be able to see all the films, delivered either by DVD or online in quarterly instalments, before choosing the nominated films.

After that, the more than 6,000 members of the Academy will vote on the best documentary, after seeing the top five choices on DVDs.

As Moore explained to the film site Indiewire, the new system will cut the number of qualifying films in half (to about 60) but will benefit documentary filmmakers by focusing on theatrical documentaries and allowing the entire Academy to be involved in the final decision. And as Moore told another website, Awards Daily: "The Academy says it's decided what the best documentary of the year is. But if only 5 per cent of the Academy are deciding that, we're not telling the truth. Wouldn't it be more honest," he said, "if we let the whole Academy vote?"

The motive for the reviewing rule is to avoid producers of made-for-television documentaries holding under-the-radar screenings of documentaries in order to technically qualify for the Academy Awards. The Academy has not yet specified whether reviews need be in print, or whether capsule or online reviews would apply, but reviews by television critics are specifically ruled out.

The review policy also has some flexibility. If The New York Times changes its policy of reviewing every documentary with a one-week run in Manhattan, then the Academy will also change its policy. If, for some reason, a film is not reviewed, the filmmaker can appeal to the Academy.

One potential casualty of the new process is DocuWeeks, an annual event in New York and Los Angeles, in which filmmakers pay money to submit their documentaries specifically for a one-week Oscar-qualifying run. One film that went through the DocuWeeks process was Lucy Walker's Waste Land, an Oscar nominee last year.

In the Academy Awards, the documentary branch and the foreign-language films are perennially among the most controversial categories. The documentaries branch has made a series of voting changes, especially in the last decade when the market for theatrical documentary film has boomed. The best foreign-language film category – in which a committee in each country gets to nominate one film for the long list, which is then narrowed down by an Academy nominating committee – has not made any significant improvements in the same period. 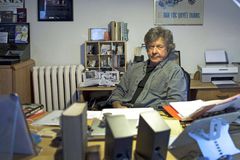 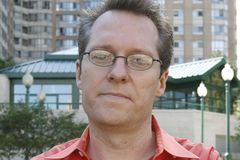