What are this year's Academy Awards all about? Thematically, the competition is led by movies about guys with intimacy issues who use scary technology to connect them to the rest of humanity: The King's Speech, starring Colin Firth as England's stammering monarch who learns to speak on the radio; The Social Network, starring Jesse Eisenberg as a misfit who creates a network of virtual friends; and 127 Hours, starring James Franco as a self-centered adventurer who employs a penknife to free himself from his isolation.

These characters could be a metaphor for a movie industry that is struggling to reach out to its own receding audience. With film attendance down, DVD sales in free fall and digital streaming threatening to turn cinemas into echo chambers, the industry really wants to find that new way to connect to its audience.

As this year's nominations show, the same industry that gave us Little Fockers and Tranformers: Revenge of the Fallen, is also capable of good taste. The nomination list, picked by ballots from its around 6,000 members, offers a list of films that are all commendable. Perhaps more important, there aren't any films on the list that make the Academy look ridiculous, such as the Golden Globes' nominations of Burlesque and The Tourist.

When Louis B. Mayer started the Oscars back in 1927 the idea was "to establish the industry in the public's mind as a respectable institution."

Well, what could be more respectable than an English wartime king? The sentimental and inspirational favourite, The King's Speech, led the nominations with 12 nods, which out-drew its cooler and more cerebral rival, The Social Network, which earned eight nominations. Up the middle came the Coen brothers' philosophical western, True Grit, which was released in late December and became a favourite with both the box office and academy members, earning 10 nominations.

Though the Academy has a reputation for long-term memory loss, Christopher Nolan's mind-bending hit Inception, released way back last July, was not forgotten. Inception is tied with The Social Network with eight nominations. Other mid-sized films, such as The Fighter and Black Swan, should have strong support from the Academy's acting block (about 22 per cent of the voters) without seriously threatening to upset the predicted results.

This year's best-picture list also justified last year's newly adopted strategy of expanding the category from five to 10 movies, allowing for a mix of popular blockbusters and critical darlings. After 2008, the lowest-rated and least-watched Oscars show in ratings history, the Academy learned an important lesson: Audiences tune in to the broadcasts that include the films they like, and adding more films to the nomination list assures popular films aren't shut out.

The expanded list also provides home viewers with the kind of entertaining contrast we saw last year when small-budget The Hurt Locker went up against box-office Goliath Avatar.

This year, similarly, we'll see Toy Story 3 (with more than a billion dollars in worldwide box-office gross) and Inception (over $800-million) going head-to-head with films such as The Kids Are All Right ($29-million) and Winter's Bone ($8-million). For an industry that's about making drama, it's about time they found a way to work it into their awards presentation.

If there is a weakness to this year's list, it's in its lack of diversity. Superficially, the top-10 list may be more female-friendly than in many other years, with three films with female protagonists ( Black Swan, The Kids Are All Right and Winter's Bone). But there are no women directors nominated, after Kathryn Bigelow's historic breakthrough with The Hurt Locker. And there are no African-American nominees.

As for the so-called "snubs," this year the oversights fall more into the area of quibbles than outrages. Directors Christopher Nolan ( Inception) and Danny Boyle ( 127 Hours) were ignored. Mark Wahlberg ( The Fighter), Robert Duvall ( Get Low), Paul Giamatti ( Barney's Version) and Canada's Ryan Gosling ( Blue Valentine) all gave widely praised performances but missed the cut for best-acting nominations.

In other acting categories, The Social Network's Andrew Garfield or Armie Hammer received no credit. Neither Matt Damon ( True Grit) nor Aaron Eckhart ( Rabbit Hole) got nods. Similarly, Mila Kunis ( Black Swan) and Julianne Moore ( The Kids Are All Right) both missed nominations, though in Moore's case, both her co-stars, Annette Bening and Mark Ruffalo, were acknowledged.

While Hollywood fans may be concerned that their favourites weren't rewarded, it's a credit to the Academy members that a lesser-known actor, the middle-aged Australian actress Jacki Weaver, who earned a best-supporting-actress nomination in the little-seen crime drama Animal Kingdom, was recognized over her more celebrated American colleagues.

What the stars said after receiving Oscar nods
Gallery
January 26, 2011 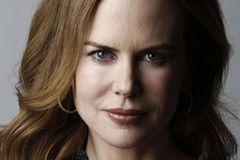 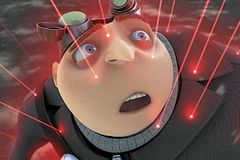 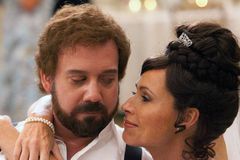 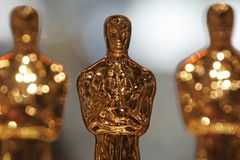