Sunday's Golden Globe awards were a tame if not tepid affair, at least compared to last year's show, when host Ricky Gervais's attacks on the celebrities surrounding him kept everyone on the edges of their seats.

This time, in spite of a much-hyped return to the hosting job, Gervais played it safe, directing many of his jokes at celebrities not in attendance and staying off camera for long stretches of time. The British comedian took a few shots at those at his feet, of course. Early in the evening he said the Golden Globes were just like the Oscars, "but without all the esteem."

But overall the tone was light and self-congratulatory. Even the Hollywood Foreign Press Association seemed to be playing it safe, handing out most of the night's awards to an older generation of established actors and directors at the awards ceremony in a swank Bevery Hills hotel.

Christopher Plummer took home the first award of the night, winning best supporting actor for his portrayal of an aging man who embraces his true sexuality in director Mike Mills' Beginners.

Fellow Canadian Ryan Gosling, who was nominated for best actor in a drama for The Ides of March as well as best actor in a comedy or musical for Crazy, Stupid, Love, was shut out.

The silent film The Artist lived up to expectations, winning best musical or comedy and best original score, and also saw the best acting award go to its star, Jean Dujardin.

The one big award it missed out on was best director, which went to Martin Scorsese for the animated film Hugo.

Meryl Streep won the award for best actress in a drama for her portrayal of Margaret Thatcher in the biopic The Iron Lady. She joked that she wanted to thank everyone in England "who let me come and trample all over their history."

George Clooney, himself no stranger to grey hair these days, hoisted the trophy for best actor in a motion picture drama for his role in The Descendants.

On the TV side, Jessica Lange won for best performance by an actress in a supporting role in a series, mini-series or motion picture made for television for her work in American Horror Story.

She thanked the HFPA for being "very generous" to her over her career.

Television stalwart Kelsey Grammer won the award for best actor in a TV drama for his role in Boss.

A few younger actors did manage to nab awards, however, including Michelle Williams, who won for best actress in a comedy or musical for her role in My Week With Marilyn. She beat out Kristen Wiig, nominated for Bridesmaids, and Charlize Theron, who was nominated for Young Adult, as well as Jodie Foster and Kate Winslet, who were both up for Carnage.

Gervais' behaviour was arguably the most anticipated part of the show after his controversial performance as host last year. Gervais attacked not only the actors and actresses in the audience that night, but also took shots at the Hollywood Foreign Press Association, which hosts the awards.

When it was announced that Gervais would be returning this year, the HFPA said on its website that "not everyone is happy with the decision" because Gervais's "blunt one-liners targeting big-name celebrities caused anger and resentment in some quarters."

But the ratings of last year's show must have convinced the powers that be to allow Gervais to return. The Golden Globes attracted nearly 17 million viewers last year, more than any other networks, and was the most watched prim-time entertainment telecast in the 18 to 49 demographic since the 2010 Golden Globes, which were also hosted by Gervais.

Before the show some actors were questioned whether they would take it personally if they were a target. Reese Witherspooon said Gervais was, "So wrong he's right." And actors wouldn't take it personally—not for long, at least, she added. "Hollywood has a short memory."

Chances are, few people will remember much from this awards show.

Picture, Musical or Comedy: The Artist

Actress, Musical or Comedy: Michelle Williams, My Week With Marilyn

Animated Film: The Adventures of Tintin 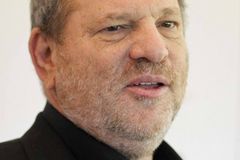 A Separation: A criminal investigation in which nothing is clear
May 11, 2018 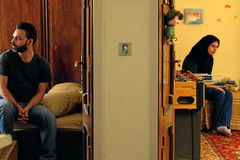 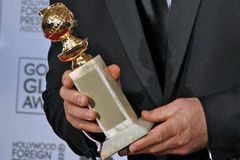 Ragged format and no surprises make Globes a fitting mid-January diversion
May 9, 2018 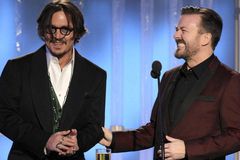 Christopher Plummer has no plans to slow down
May 8, 2018 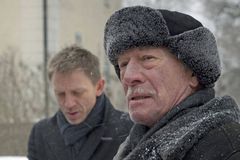 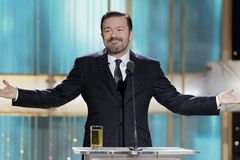 The best zingers from the Golden Globes
May 3, 2018 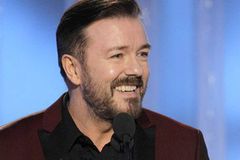 Golden Globes glitter, tarnished only by anti-gay protests
May 9, 2018 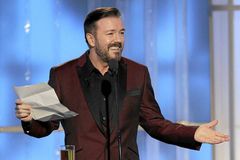