12 Years A Slave is a period drama so appropriately unsettling and harrowing, rapt audience members at its first press and public screenings at the Toronto International Film Festival could be heard sobbing during the film's most unflinchingly brutal sequences.

But director Steve McQueen said he actually toned down the violence of the film's source material: the 1853 memoir of Solomon Northup, an accomplished violinist and free black man who was torn from his life and family to be sold into slavery.

"The book was far more brutal … than what we have on film," said the London-born 43-year-old during a press conference Saturday.

And the early buzz on the star-packed film is nearly deafening.

The premiere in Toronto merited a standing ovation and ecstatic reviews while prompting both Britain's Guardan newspaper and New York magazine to proclaim the Oscar race effectively over, with the latter publication running the bold headline: "Your Best Picture Winner Will Be 12 Years A Slave."

Northup begins the film an esteemed and highly sought-after musician from the north who is drugged and captured in Washington. Soon, he's withstanding unspeakable torture as a slave in Louisiana, labouring under a succession of slavers including Benedict Cumberbatch's comparatively kind Master Ford, Paul Giamatti's short-tempered Theophilus Freeman and Michael Fassbender's monstrous drunkard Edwin Epps. Along the way, Northup is advised to sublimate his cultured manner of speech and especially his literacy to avoid incurring the wrath of his masters.

When complimented on his performance, Ejiofor merely deflected the praise to his director, who also helmed the acclaimed films Shame and Hunger.

"I feel like he was able to create a circumstance where I felt very free to explore and to try things because he has such an incredibly watchful eye," Ejiofor said.

He also nimbly dodged the Oscar talk, demurring when asked about the movie's award potential: "Making this film has been an extraordinary journey … so anything else is gravy." He might, however, look forward to more people being able to correctly pronounce his name, which was mangled by at least one questioner during the press session.

The film marks McQueen's third collaboration with Fassbender, who stands out as a snarlingly reprehensible villain in a movie full of repulsive creatures. At any sign of perceived insolence or inefficiency, Fassbender's Epps gleefully inflicts seeping whip wounds on his beleaguered stable of slaves, while forcing himself sexually on the tragic Patsey (a revelatory Lupita Nyong'o in what's sure to be her breakout role).

McQueen was effusive in his praise of the German-born Fassbender, calling him "the most influential actor of his generation."

"He's like a pop star. Kids want to be that person," raved McQueen.

Fassbender, for his part, said he tried to find the humanity in the vile man he portrayed.

"Sometimes maybe with ugly characters … actors might want to go there for personal image or something, but for me it's a job," he said. "A lot of people are going, 'Oh my god, (Epps) is so evil.' I don't understand that. He's not. He's a human being who's caught up in something so complicated and so unjust. But not evil. I don't even understand that word."

In the film, Epps – whom Fassbender described as "not the sharpest tool in the box" – used Christianity to justify his behaviour, a topic that interested the actor.

"I think that was sort of part and parcel of the day – how many people are sort of always holding the Bible up with one hand and trying to launch missiles with the other?" Fassbender mused. "Religion and pain go hand in hand sometimes."

The panel also included co-stars Alfre Woodard, Sarah Paulson and Adepero Oduye. Brad Pitt, who produced the film and had a cameo as an enlightened Canadian, was absent from the press session but nonetheless instrumental in bringing 12 Years A Slave to theatres, said McQueen.

"Without him, it wouldn't have been made," the director said.

In fact, McQueen expressed surprise at the dearth of major films depicting the horrors of slavery. He began simply wanting to make a film on the topic and only later discovered Northup's memoir thanks to his wife. Now, he and the rest of the crew behind the film hope to help the document reach ubiquity.

"It should be studied in every school in the world," Ejiofor said.

And McQueen argued that 12 Years A Slave is coming out at a perfect time. Difficult as his film is to watch, he believes audiences are finally prepared to really look at the unimaginable cruelty of slavery.

"I think people actually are really ready. Whereas other times they weren't." 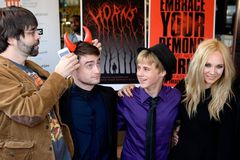 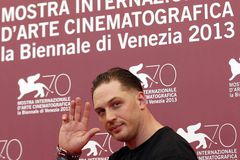 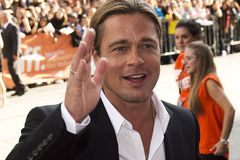 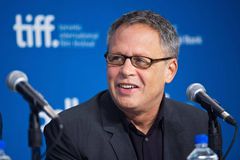 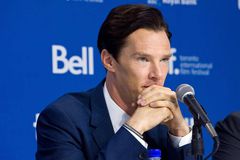 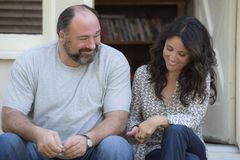 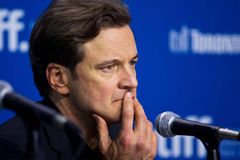 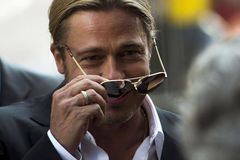