Xavier Dolan is exhausted. With critics. With publicity. With the sheer mechanics that it takes to get a new film out into the world. But mostly Dolan is exhausted with himself and the thousand-mile-an-hour pace he keeps in order to make film after film – seven features in the past eight years.

It is the first weekend of the Toronto International Film Festival, and Dolan is just entering the final stretch of promotion for his new movie, Juste la fin du monde (It’s Only the End of the World). The drama is the Quebecker filmmaker’s biggest project to date, or at least his splashiest, featuring star turns from such international celebrities as Vincent Cassel, Léa Seydoux and Oscar-winner Marion Cotillard. But Dolan does not seem to be all that interested in discussing the film – he’s more preoccupied with how his life almost fell apart this past summer on the Montreal set of the film that will mark his English-language debut, The Death and Life of John F. Donovan. 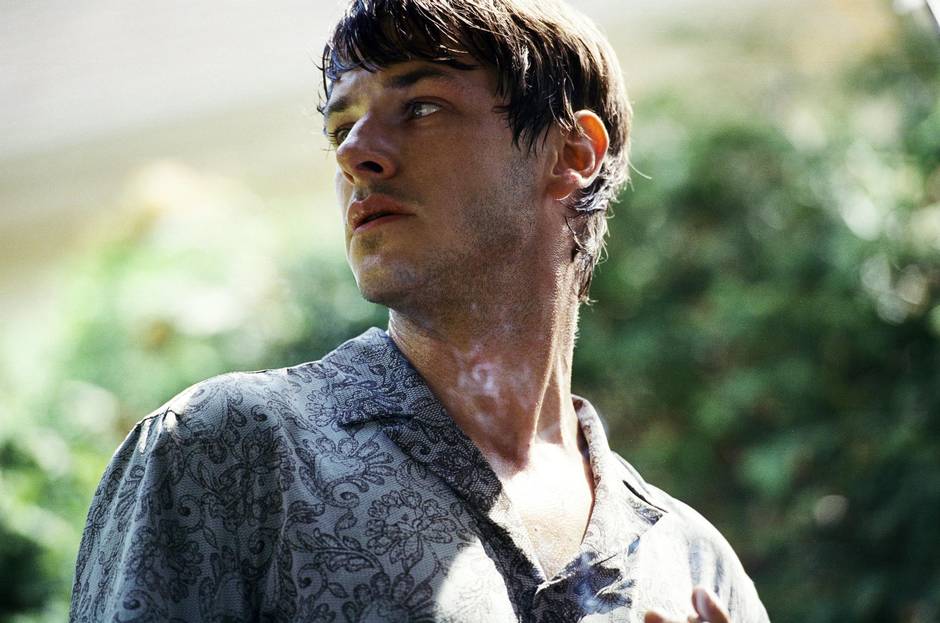 Gaspard Ulliel in Xavier Dolan’s new film, It’s Only the End of the World.

“It was gruelling – gruelling. More than anything I’ve ever done,” Dolan says of the shoot. “To be fair to the rest of the crew and cast, it was gruelling for everyone. I enjoyed working with these actors, but I regret making some decisions and accepting to make the film with such a lack of preparation. Unfortunately, I felt like we paid the price for the lack of preparation almost every single day. It was too much.”

The film, a celebrity satire, was originally scheduled to shoot in 2015, but was pushed back in favour of It’s Only the End of the World. Featuring an almost comical number of marquee names (Jessica Chastain, Natalie Portman, Susan Sarandon, Thandie Newton, Kathy Bates, Michael Gambon and Game of Thrones star Kit Harington), John F. Donovan instead started production this past July – just two months after Dolan returned from the Cannes Film Festival, partially emboldened and partially bruised.

It was on the Croisette, after all, where It’s Only the End of the World was savaged by critics (Vanity Fair called it “the most disappointing film at Cannes,” while the industry site Playlist groused that it “suggests a level of martyred self-involvement on Dolan’s part that is tantamount to a persecution complex”). Yet, the film was also awarded the festival’s Grand Prix, the runner-up to the coveted Palme d’Or. 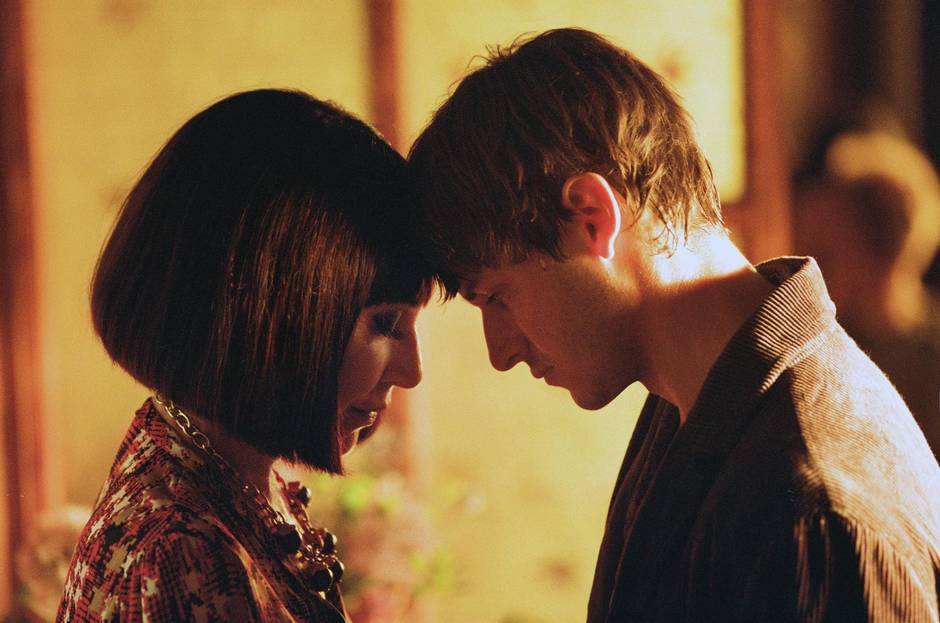 Nathalie Baye and Gaspard Ulliel in It’s Only the End of the World.

It is easy to understand both sides of the divide. It’s Only the End of the World is a far different beast than Dolan’s celebrated Mommy, or I Killed My Mother, or Heartbeats, or Laurence Anyways. Those films were lyrical, fantastical, joyous love letters to the cinematic form – bold, inventive and rife with appreciative nods to the masters who came before him. It’s Only the End of the World, however, is almost unbearably cold and intense – a one-room pressure cooker that explores a broken family in extreme close-up. But it is undeniably captivating, too, and a deliberate, brave maturation on Dolan’s part.

Yet, how do you move on to your next project when you’re both celebrated and despised? It’s a trick Dolan may not have yet mastered.

“I’m not the guy to recover from that and not care. I’m too sensitive,” Dolan says of the more harsh Cannes reviews. “And maybe childish or spoiled or self-centred. But I’m going to be honest with you, it’s mostly I’m sensitive. That’s not where my strength is. It’s a weakness I have. I do pay attention to what people think and what people write. If they attack me, if they are demeaning or belittling or if they mock me. Of course I’m hurt, and I’ll say it. I’m not smart about it.”

But Dolan is also not one to let criticism stand in the way of artistic creation, so right after Cannes, it was back to work, with a fierce, possibly unhealthy, determination. “I remember every Monday morning or whatever our first day of the week would be, I’d show up on [Donovan’s] set angry and frustrated because I knew I had barely slept. While everyone was off, I was doing rehearsals, costume fittings with actors, dance rehearsals, so many things, and I didn’t have an afternoon or morning to myself,” he says. “I would show up to set and be frustrated and envious of people who actually had two days off. … I don’t like to create like that, be dark with the people around me. My sets are fun and people are laughing. The atmosphere should be lighthearted. It’s reckless and it’s dangerous.” 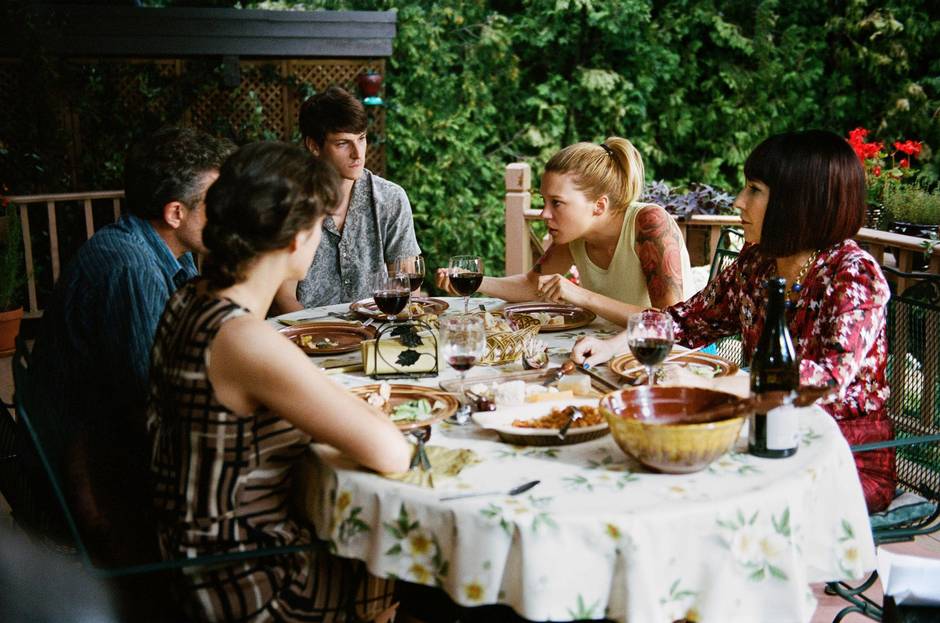 Nathalie Baye, Vincent Cassel, Marion Cotillard, Gaspard Ulliel, and Léa Seydoux in It’s Only the End of the World.

Asked whether the pace is simply a byproduct of being so prolific – by next year, Dolan will have eight features under his belt before turning 28, five of them Cannes-certified, and that’s not even counting his growing acting résumé – and the auteur demurs. “I don’t mind creating constantly. You’re using the word ‘prolific’ and I don’t mind being prolific. But I was prolific before, and with Juste la fin du monde, that was a perfectly healthy shoot. But we were prepared. This time, so many hurdles felt insurmountable because of a lack of sleep and lack of energy. That’s what I want to avoid.”

Dolan even acknowledges he fell asleep during the filming of one Donovan scene, though “it was four in the morning, it was like 40 degrees in the apartment, there was no air, no oxygen, I literally fainted,” he says. “It’s the human body right there telling me that I gotta stop.”

Still, he is unabashedly proud of the product (“Very. … I still gave it my all”) and admits to being his own worst enemy when it comes to managing the creative process. “There’s this unstoppable process that, once it’s started, there’s no going back,” he says. “It’s like the story is coming out of every pore of my skin, pouring out, and I need to just do it and express that because, otherwise, I feel like ideas can be very volatile, very fleeting. If you don’t grab it, you’ll miss them, and someone else will steal your place in the order of things.” 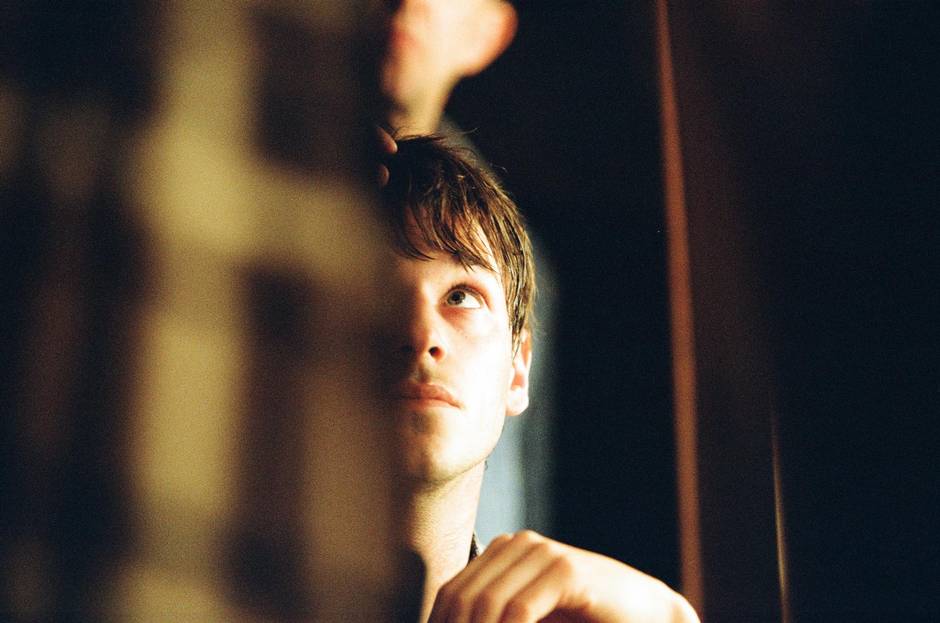 Gaspard Ulliel in It’s Only the End of the World.

Fortunately, Dolan is committed to taking a break once his promotional duties for It’s Only the End of the World wind down. “Now, I have six months on my hands and for the first time in eight years I’m going to be able to, I don’t know, just rent a place somewhere, drive in the country and rest,” he says. “Maybe go to Italy. Maybe Vietnam.”

And he’s going to ensure critics won’t be able to dictate his next move – at least not directly. Earlier this week, Dolan posted a statement on his Instagram account revealing he won’t be submitting Donovan for next year’s Cannes festival. Partly because the film won’t be ready in time and partly because “the culture of trolling, bullying and unwarranted hatred shouldn’t be an inextricable part of the cinematic or analytical adventure.”

It was a bold swipe at the more acidic corners of the critical world and likely won’t do him any favours when Donovan eventually makes its way to theatres. Then again, it’s not as if Dolan is in the game for fame or fortune. “I’m not hoping that something will be my breakthrough or something like that, I’m not concerned with ‘blowing’ up,” he says. “What I’m concerned about is working with talented actors I admire. That may be Anne Dorval or it might be Jessica or Marion or Meryl Streep, one day. … I just want to do my thing.”

It’s Only the End of the World opens Sept. 23 in Toronto and Montreal, Sept. 30 in Ottawa and Oct. 7 in Waterloo.