In apartments around Mumbai last week, filmmakers contemplated their closets and their half-packed suitcases and wondered: What to wear to the acid test for their films, for the moment that could determine the fortunes of a fragile, independent film industry?

These four young men were on their way to the Toronto International Film Festival where their work will be screened in the City to City program that focuses this year on Mumbai. Several of the films will have their world premiere at TIFF, and for all of them, the response in Toronto stands to have a huge impact to what happens to their films at home in India, where they have yet to be exposed to public scrutiny.

The films in question tell stories of misfits and struggles and communal violence and fractured identities. There is not one dance number or sequined outfit among them. There are no stout, interfering aunties or bumbling, nosey landlords for comic relief, no star-crossed lovers who end the film with a glittering wedding, no bump-and-grind, cast-of-thousands dance routines that inexplicably take place in an alpine meadow. They are not, in short, Bollywood movies.

Instead, something else is brewing in the Indian film industry, and the hope is that this festival will provide a breakthrough moment.

"Ask most North American critics what they're excited about and it's not Indian film," said Aseem Chhabra, the New York-based film critic for the Mumbai Mirror and a TIFF regular. "But Indian film is making a slow turn." Now the question is whether the rest of the world (and audiences in India) can look past their expectations of sequins and dance routines and notice something new.

India, of course, has the world's biggest film industry, but the thing about Bollywood, notes the cultural critic Aakar Patel, is that only Indians (and the South Asian diaspora) watch it. The core of a Bollywood movie is sentimentalism, and it is culturally specific. "Sentiment in Bollywood is exaggerated, like camp or farce, only without the insider's joke," he said. "This makes it strenuous to watch for anyone not from the culture. It's like Indian food and dessert: The spice and sugar so dominate that the essence of the main thing is lost."

Bollywood is an insular industry, controlled by old firms and families, and it is content with the reliably lucrative business model it has. That is, says director Vasan Bala, a blessing and a curse. "It's so self-consumed and self-sustained that Bollywood doesn't have to look at an audience that might not like it or might not understand," he said. So there is a great big industry for a young filmmaker to work in, but no interest in any film outside the existing mould.

His first film, Peddlers, was warmly received at Cannes this year and it screens at TIFF; it tells the grim story of a pair of flat-broke young men who end up in Mumbai's drug trade, and of the cop who stalks them.

"We make our films and we try to tell you a new story, to make our films more international in their theme, and we are still governed by the conventional distributional system which has very set operational rules," said Hansal Mehta, whose film Shahid is a biopic of an assassinated Mumbai human rights activist. He added: "These films have to go beyond Indian shores – we need to redefine the way we look at marketing them."

Independent Indian movies are getting more attention now than at any point in the last 50 years, he said, but it's nothing compared to the global interest in films from Iran, Korea, Hong Kong or Israel.

Avtar Panesar, vice-president for international operations at the Mumbai studio Yash Raj Films, known for producing more typical Bollywood fare, said the "massive domestic appetite" for cinema has kept the industry self-sufficient for 100 years, and "we have never really needed to conform to any external rules or norms." But the world is changing, he said, and India's industry needs to look outward – his studio is making films now they never would have a decade ago. In fact, Yash Raj has a film in City to City called Ishaqzaade.

Ishaqzaade, titled in English Born to Hate … Destined to Love, does have some sequins. And it's built around star-crossed lovers – he's Hindu, she's Muslim. But it has a gritty sensibility that's markedly different from the glossy love stories for which Yash Raj is known . Mr. Panesar said the film did well in India, with a box-office take of $10-million, but the studio delayed its international release until after it completed the festival circuit. "We want to see if we can get this film noticed by mainstream buyers and audiences alike," he said.

Mr. Bala crowdsourced the funding for Peddlers through Facebook. His crew shot what they could each day depending on what money they had. Low-cost digital cameras and the ability to edit a film on home computers are changing the game, he said. "Someone like me, a guy working in a bank, can say, 'I have a story I want to tell.' " He wanted to make a movie that was set in the new Mumbai, his Mumbai – not about the gangster underbelly or glittery parties, but about "just normal people living a normal life post-globalization. "

Anand Gandhi, a playwright whose first film Ship of Theseus makes its premiere in Toronto (Mr. Chhabra calls it "a breakthrough") says he feels there is an audience in India that's hungry for films like his (about the unexpected interaction between a stockbroker, a monk and a photographer). "They've been trying to find it elsewhere in the world and now they are saying, 'Okay, all that is cool, but do we have it closer to our place geographically?' That's where filmmakers like me say we can participate in this dialogue and make something that is Indian, something that is not Bollywood and not exotic."

But director Mohit Takalkar, on his way to Toronto with The Bright Day, said there are many filmmakers who want to make something different, but there's no system to support them and, as yet, no audience. "We don't have those kind of producers, distributors, even actors who want to work with those kind of filmmakers," he said. "And the big question is, do we even have an audience? It's nice for people to say, 'Yes I'd like to watch something different, I'd go to the multiplex to see that.' But in fact they hardly do so."

Excitement from abroad could play a major role in changing that. "It's a big deal that Cannes accepted four films from India this year," said Mr. Chhabra. "But Toronto is the real test, because it has the audience."

For Mr. Bala, Mr. Gandhi and the other directors who will face their first big international audience this week, that's fine. "I'm just really nervous," said Mr. Mehta. "My films have gone to festivals before, but I could never afford to go. Now, I'm like a born-again filmmaker."

Three disparate stories, one overarching idea, all centred in contemporary Mumbai. The first story concerns a young Arabic woman who has lost her eyesight and who takes highly praised photographs using audio-based electronics attached to her camera and photo software. Really, the story is about how she perceives herself through her art and sightlessness. The second is about a monk who becomes critically ill and the turmoil this causes between his ascetic beliefs and getting medical treatment. Again, it's about his sense of self. Finally, a third story follows a stockbroker finding himself on the edge of the international illicit trade in human organs. Again, the self. An intellectual, contemplative film, although its occasional tendency to take its abstract ideas on the nature of self-identity and wrap them into neat plot twists can mildly disappoint. A small criticism though. Guy Dixon

Other films included in TIFF's City to City program: Peddlers, directed by Vasan Bala: A cat-and-mouse story that follows the lives of three characters – a dealer, a cop and a chemistry teacher turned drug mule – whose storylines eventually intertwine.

Born to Hate … Destined to Love, directed by Habib Faisal: A gritty romance focusing on two lovers, the children of politicians, born into rival families and torn between religions.

The Bright Day, directed by Mohit Takalkar: Takalkar drew from his own experience travelling across India for his feature debut, a film about a man growing up in India's middle class who decides to find his own path away from friends and family. 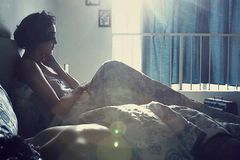 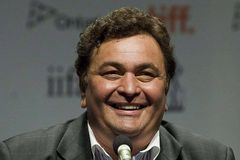 Bollywood, may we have this dance?
December 2, 2011
Follow Stephanie Nolen on Twitter @snolen
Report an error Editorial code of conduct
Due to technical reasons, we have temporarily removed commenting from our articles. We hope to have this fixed soon. Thank you for your patience. If you are looking to give feedback on our new site, please send it along to feedback@globeandmail.com. If you want to write a letter to the editor, please forward to letters@globeandmail.com.
Comments