Skip to main content
Special to The Globe and Mail
Published September 4, 2014

Meet the Canadians whose work will take centre stage at this year’s Toronto International Film Festival. 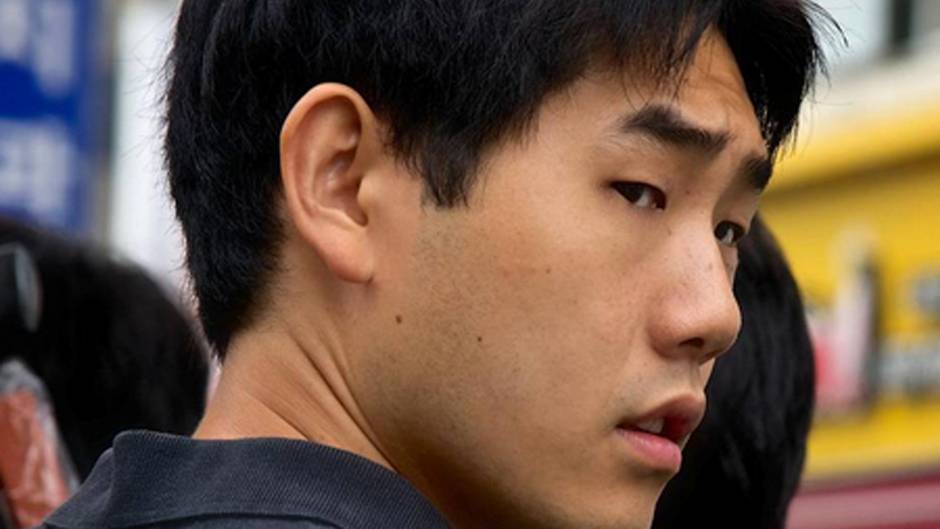 “I wanted to see if I could make something that worked like a slow burn,” says Albert Shin of his sophomore feature In Her Place, about a big-city couple who have decamped to a farmhouse in the South Korean countryside for reasons that the Ottawa-born filmmaker is very careful to keep vague for as long as possible. “This movie is trying to sneak up on you a bit,” explains the York University graduate, who previously produced the award-winning comedy short Day of John and directed a micro-budget feature called Point Traverse (2009), which he jokingly describes as “very Canadian, [with] a lot of desolate, snowy landscapes.” With In Her Place, Shin has not only taken a step forward in his storytelling and craftsmanship, but he’s also gone back to his parents’ home country; Shin’s family emigrated to Canada from South Korea and he shot the film at a farm previously owned by his aunt and uncle. “I sort of walk between these two worlds,” he says. “And that’s what I’m hoping to explore in my filmmaking.” – Adam Nayman 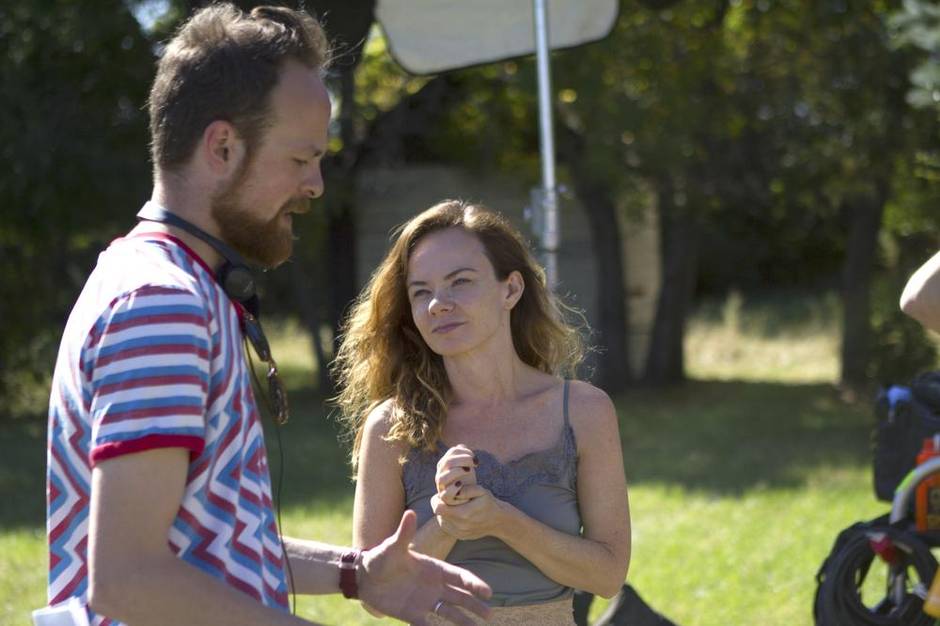 “I think a lot of filmmakers do coming-of-age stories for their first movie,” says Jefferson Moneo, by why of explaining why he tried to do something different with his debut feature Big Muddy. While the film, which began as a short at Columbia University, does concern a moody teen (Justin Kelly), the real focal point is his mother Martha (Nadia Litz), whose combination of femme-fatale ferocity and prairie-girl practicality perfectly embodies Moneo’s genre-mixing tactics. “I wanted to have a female antihero,” he says. “You maybe see that a bit in film noirs, but not really in westerns. The movie is about how this woman’s decisions affect all of the men around her.” As its title suggests, Big Muddy is an earthy film, and Moneo enjoyed shooting on location in his native Saskatchewan, which he portrays as a place strangely out of time. “We wondered about making a period piece, and then we said, ‘It’s not period, it’s a comma.’ That was our little joke about it.” – Adam Nayman 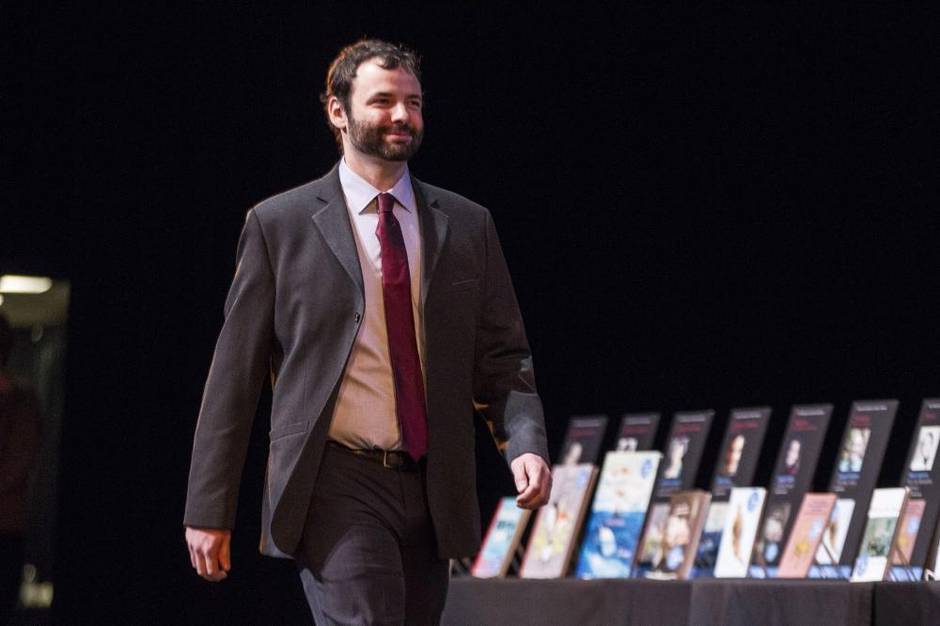 In Elephant Song, veteran psychiatrist Dr. Green (Bruce Greenwood) tries to unravel the pathology of troubled, brilliantly manipulative in-patient Michael (Xavier Dolan), a cat-and-mouse game punctuated – as the title implies – by a lot of talk about pachyderms. Screenwriter Nicolas Billon, who adapted his own play, admits to having been inspired by Peter Shaffer’s famous stage drama Equus, about a boy obsessed with horses, but says that Elephant Song is its own animal – even more so now that it’s a film. “I knew I had to open things up,” says Billon, who was born in Ottawa and wrote the stage version of Elephant Song as a student in Montreal. “That was 13 years ago, when I had this cockiness about me. Since then, I’ve had more failure, and that was actually very helpful in approaching the screenplay. Originally, the play was all about Michael, and how clever and slippery he is. In the rewrite, I was suddenly equally interested in the older character, and his life story as well.” – Adam Nayman 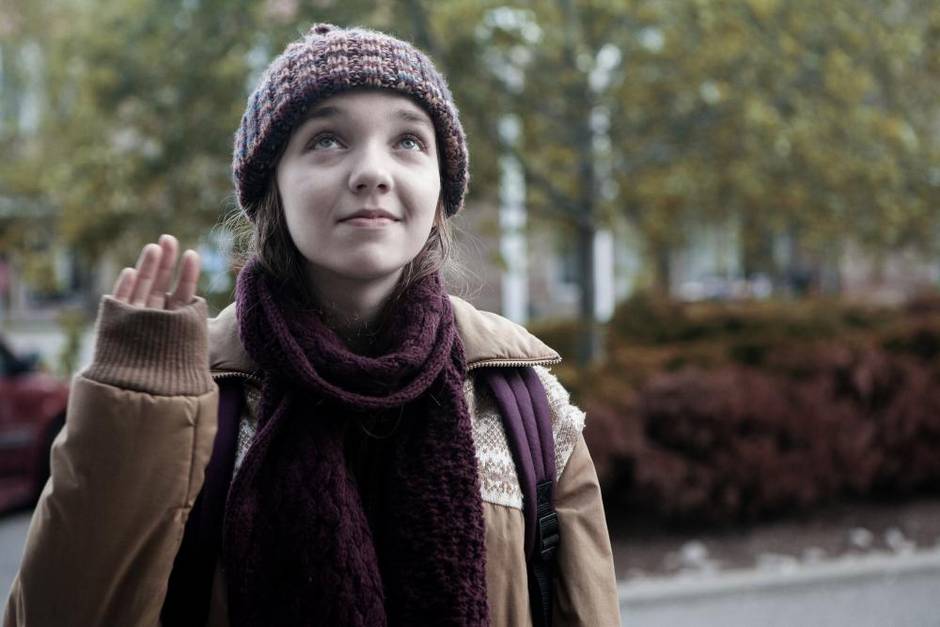 Playing a pipe-cleaner skinny, 14-year-old girl named Sam, who only feels fully alive when swimming underwater at the local pool, Julia Sarah Stone is the rock around which Lindsay Mackay’s debut feature Wet Bum quietly but surely swirls. Sam doesn’t really fit in this world, but in an instant we grasp the problem, and it’s the world’s, not Sam’s. Although stricken by a sense of paralyzing awkwardness, Stone’s Sam is the anchor and soul of the film, even if only we realize what potential and power lie behind those big blue eyes. This why the casting of Stone, fresh from a head-turning stint as a trafficked teen prostitute on TV’s The Killing, is such a smart move by Mackay: We invest so heavily in Sam’s coming-of-age because we can see what everyone around her can’t – a promise just waiting to break the surface and be fulfilled. – Geoff Pevere 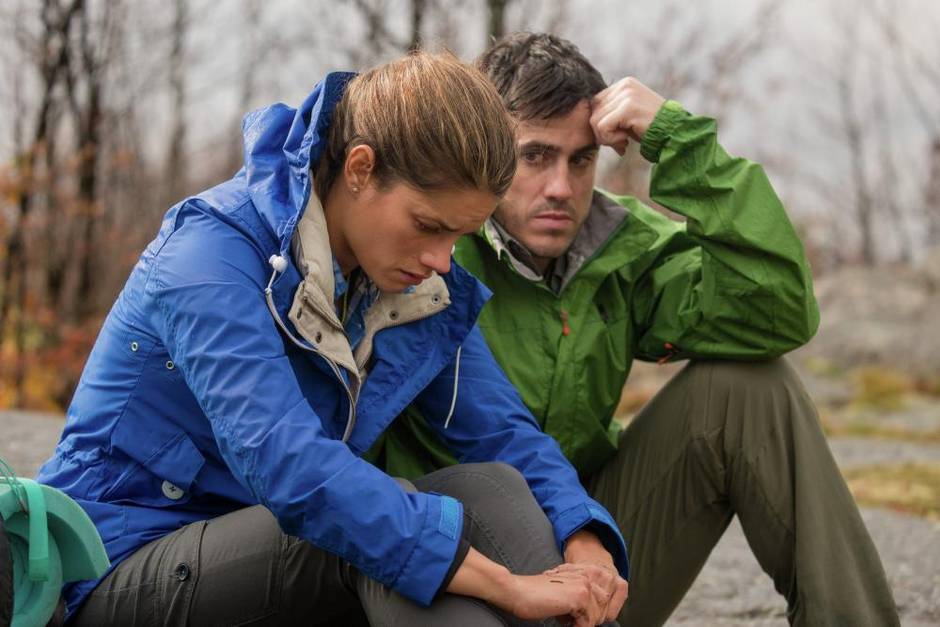 A scene from Backcountry

In the gripping and scary Backcountry, a wannabe-weekend-warrior couple get into big trouble when they stray from the trail. In a crowded field of Canadian survival narratives, actor-turned-director Adam MacDonald’s first feature film stands out for its expertly pressurized tension. “[The movie] came to me when I was lying in a tent with my wife and I heard something large walking around at the crack of dawn. I was scared, and luckily for us, whatever it was walked away, and left me with an idea.” Shot in 17 days in North Bay and Squamish, B.C. (the latter location being native to the film’s furry, four-legged antagonist), Backcountry is lean and mean – which is exactly what its creator had in mind. “I guess you can say I went to the Tarantino film school,” says MacDonald. “I watched and studied my favourite films and directors over and over like an obsession.” – Adam Nayman 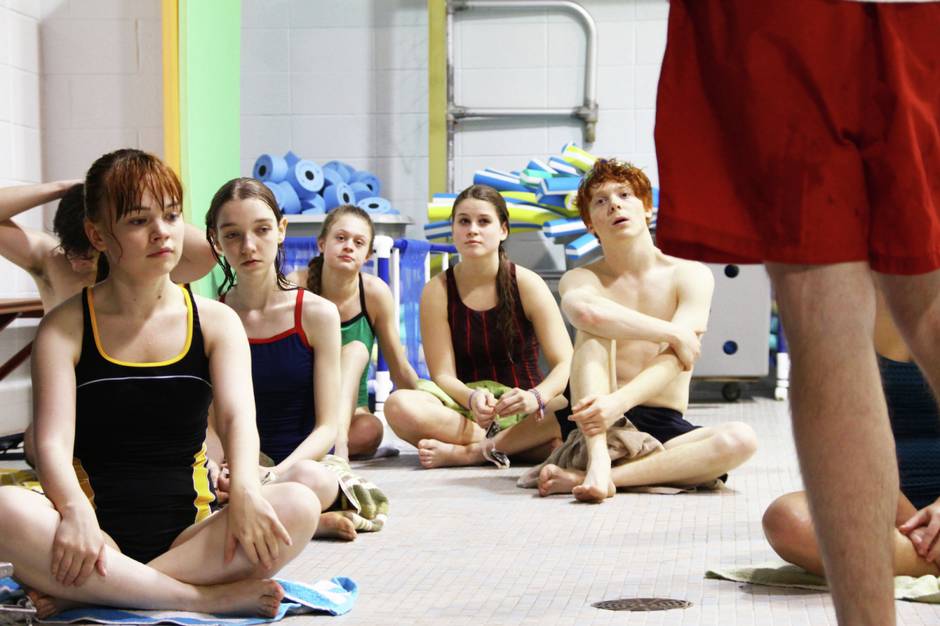 A scene from Wet Bum.

In directing her first feature, Wet Bum, about a skinny teenage girl who’d rather be swimming underwater at the neighbourhood pool than enduring the daily ordeals of peer harassment, hormonal spurts and the changing room (where she prefers to pull her clothes over a wet bathing suit than be seen naked), filmmaker Lindsay Mackay opts for the impressionistic first person. We see the world as young Sam does, which is one huge swirling pool of dreamy strangeness. Mackay holds her remarkable young actor, Julia Sarah Stone, in close-ups that emphasize eyes the colour of water with depths of submerged intelligence; the director keeps the focus so tight everything that isn’t in Sam’s immediate attention flows into a soft, intangible distance. It’s as if we never really leave that pool, which is why Wet Bum emanates such confidence: The whole movie, enhanced as it is by a smartly evocative use of music, feels as if it were generated by Sam’s imagination. – Geoff Pevere 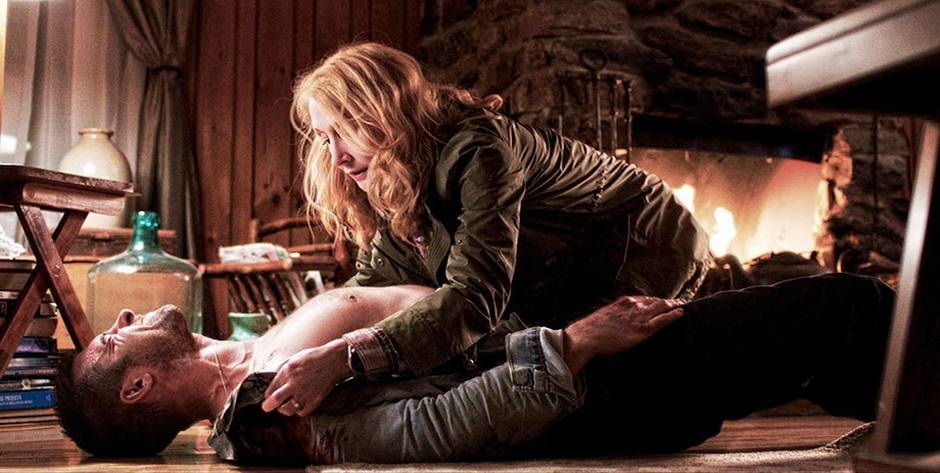 A scene from October Gale.

Shooting in Ontario cottage country last spring, Toronto cinematographer Jeremy Benning encountered two-metre snow banks and a frozen lake: Production on the Canadian thriller October Gale had to be postponed by three weeks until the ice on Lake Joseph melted, leaving Benning no time to test shots for scenes on a boat. Meanwhile, the crew had to shovel out the set for the film about a woman trapped in a cabin with a hunted man. Indoors, Benning had to continually balance camera exposures so that the viewer can always see out the windows to a raging storm created by fans and a rain machine. No CGI for director Ruba Nadda. “It always seems like the latest thing I did was the hardest, but … this was probably the most challenging location I ever dealt with,” said Benning, a 40-year-old who began his career at 19 and has worked on everything from the latest Trailer Park Boys movie to the television film Killing Lincoln. – Kate Taylor