For the first time in recent memory and perhaps the first time in its 37-year history, the Toronto International Film Festival's fat catalogue of the movies its screening this year identifies most of these movies by their premiere status.

Thus, Love, Marilyn, Liz Garbus's new documentary on the late Marilyn Monroe, is billed in its entry in the 456-page catalogue as a "world premiere." Everyday by prolific and versatile English director Michael Winterbottom is labelled a "Canadian premiere," Hideki Takeuchi's Terumae Romae is an "international premiere" and so on.

While such distinctions likely mean very little to most of us, they seem to be growing in importance in the increasingly competitive universe of film festivals, as each event tries to find (then tout, discreetly or otherwise) some edge that distinguishes it from its fellows. Festivals always have jostled for prestige product, of course, but until recently they were loathe to describe that activity as being somehow untoward or cut-throat. Indeed, they liked to say that talk comparing the cachet or Oscar-prediction clout of, for instance, the four-day Telluride Film Festival in Colorado, which completed its 39th annual run Monday, with that of Toronto was just so much media-driven "who's-on-first" gamesmanship – "a false issue" in the words of TIFF's chief executive officer, Piers Handling.

False or no, it's not going away, resulting in some semantic prestidigitation worthy of consideration in a George Orwell essay. It's a situation being brought home particularly forcefully this week as no fewer than eight of the 26 features that Telluride screened over the Labour Day weekend are set to bow at TIFF under the rubric "world premieres," including Deepa Mehta's Canadian-U.K. co-production Midnight's Children. Another 12 of Telluride's 2012 offerings are described in TIFF's catalogue as "North American premieres" including Sarah Polley's Stories We Tell (which had its world premiere last week at the Venice film festival.)

A Gertrude Stein might argue that a premiere is a premiere is a premiere, whether the artifact in question plays first in a festival attended by only 2,000 paying customers and 30 or so critics in an isolated Colorado Rocky Mountain town, pop. 2,300, or in a festival in a city alongside Lake Ontario, pop. 2.6 million, that draws tens of thousands of attendees and more than 1,000 journalists each year. Certainly that's what British director Danny Boyle subscribed to four years ago when he let Telluride have first dibs on the eventual Oscar-winning Slumdog Millionaire. Yes, he told ecstatic Tellurideans at the time, Slumdog's "official" premiere would occur in just a few days at TIFF "[but] we all know its world premiere has been here at this amazing festival."

Interestingly, Telluride itself does not subscribe to the Stein line of reasoning. In contradistinction to this year's TIFF catalogue, the word "premiere" is nowhere to be found in Telluride's 56-page program. About the closest it comes to that is when it describes itself as a showcase for "the most buzzed-about films." This absence of the P-word is, in fact, entirely intentional and always has been. As one of Telluride's directors, Gary Meyer, told The Globe and Mail in 2008, "we're a sneak-preview festival" in that Telluride only officially announces its roster of films 24 hours before they start screening whereas TIFF loudly touts its offerings months before the actual event. "Films receive their 'world premieres' or 'North American premieres' [in Toronto], not here," Meyer went on.

However, the Telluride-TIFF tango is now so entrenched that industry observers have become adept at guessing, accurately, which Telluride "sneak peeks" are going to overlap with TIFF's "world premieres" and "North American premieres." Thus, no one seemed all that surprised when it was announced that Ben Affleck's Argo would get a "surprise screening" last Friday (including an appearance by Affleck himself – he's the film's director, co-producer and star) even as Argo is due to have its "world premiere" in Toronto this Friday.

Indeed, in another replay of the Telluride-TIFF tradition, Argo is arriving here on a jet-stream of good vibes and positive notices from Colorado – so much so that The New York Times senior critic A.O. Scott proclaimed that Telluride had "reclaimed its role as an early site of Oscar-race tea-leaf reading."

If Toronto concurs with Telluride's enthusiasm – like it concurred after The Artist and The King's Speech and The Descendants and Juno successfully played Telluride – it's pretty much certain Argo is going to be up for a passel of Oscars next February.

Eight films that had "sneak previews" at the recent Telluride Film Festival (Aug. 31-Sept. 3) get their "world premieres" at TIFF (Sept. 6-16).

The Act of Killing (documentary) 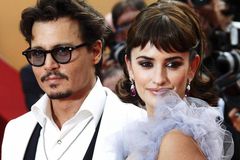 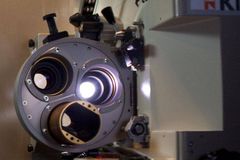 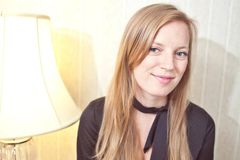