"This is the best bathroom to have a scene in – ever." It is a couple of weeks before the Toronto International Film Festival, and director Stella Meghie is busy reliving the finer points of restroom cinema. Her debut feature, the Toronto- and Brooklyn-shot comedy Jean of the Joneses, is coming to TIFF on the crest of an overwhelming wave of buzz, having played to raves at Austin's South By Southwest Festival this spring, which led to Meghie being wooed by the likes of BET, VH1 and MGM. But all the filmmaker wants to talk about at the moment is the beautiful white tiles, bevelled glass and teeming plants that made the Toronto restaurant Rhum Corner the perfect place to shoot a critical water-closet scene.

"I saw the space and was like, 'Oh guys, we gotta get this,' " Meghie, 34, says over the phone, adding with a laugh: "It was definitely the best location to scout because they gave us rum."

Jean of the Joneses, for which Meghie also wrote the screenplay, trades heavily on such nuances of atmosphere, and each facet of the film bustles with the director's good taste in collaborators: her art director Ashley Devereux, costumer designer Avery Plewes, and set designer Laura Mackenzie. The film may be set in Brooklyn, but only two days of shooting took place stateside; the rest was filmed over 15 quick days on the streets and sound stages of Toronto, where Meghie grew up. "It was great to be in my own city, shooting," she says. "We didn't have a lot of days, but we made it work."

Creating something out of next to nothing seems to be a habit of Meghie's. In 2009, she found herself in New York and chafing against the ennui of her five-year career in fashion PR. It was then that Meghie took a major creative leap that has already proven prescient. In 2010, after ditching the world of publicity for screenwriting, she took up residence at the University of Westminster and produced the first draft of Jean of the Joneses – a Woody Allen comedy, were Woody Allen a black woman from Canada.

From that first draft, though, it has been a steady and stellar rise for Meghie. In 2012, she won the Showtime Tony Cox Feature Film Screenplay Competition at the Nantucket Film Festival, and then, two years later, a joint fellowship between the Canadian Film Centre and the Tribeca Film Festival. This cross-border support has nurtured a homegrown Canadian talent while at the same time positioning Meghie to be competitive in the U.S. creative markets, where, as much as Canadians might like to think otherwise, the real money (and an unquenchable thirst for new talent) lies. The proof is in the growing list of writing credits, options and pilots to Meghie's name, as well as her recent signing to the powerhouse Creative Artists Agency after the success of Jean of the Joneses in Austin. You could say that Meghie is a poster child for creative diplomatic relations.

And – not to jinx it – but Meghie could also be a harbinger of a better Hollywood to come: a mainstream film industry that is slowly waking from its century-spanning, diversity-averse and very white slumber. After all, it is not every day that there's a female voice as in demand as Meghie's (though it is not for a lack of talent, as more obscure artists such as Issa Rae and Cecile Emeke also prove) – and the fact that she is a black and Canadian female voice is doubly heartening. But the truth is, superstitions don't stand a chance against Meghie's unflinching talent.

With quick quips and staccato banter, Jean of the Joneses is a wry, punch-drunk comedy of errors starring Taylour Paige, who plays the title character – a neurotic and wildly charming young fiction writer whose moment in the New York literati spotlight has begun to wane. "I'm a multicultural wunderkind according to the New Yorker," Jean tells her grandma, but none of the acerbic Jamaican-American matriarchs in the Jones family (the powerhouse quartet of Michelle Hurst, Gloria Reuben, Sherri Shepherd and Erica Ash) seem convinced. When a family dinner ends with the long-lost patriarch of the Jones family croaking on the steps of the family's brownstone, Jean starts asking questions like a distracted Veronica Mars,or a semi-determined Sherlock Holmes.

The film's dialogue can initially come off as stilted or a bit stiff, but as you settle into the world of Jean of the Joneses, you realize it is a stylized script that mimics the same literary craft that Jean herself practises. Put another way, the film feels like a short story. And like a good short story, Meghie's screenplay deals with what Alice Munro – queen of the genre – calls "the complexity of things – the things within things" that give a life, a family tree such as the Joneses', its texture.

The family tree's most capricious limb, Jean, is self-indulgent, aimless and certainly isn't earning the second book advance she got from her publisher on the heels of her first story collection's success ("the only thing that's gotten better in the last two years is my wardrobe," she bluntly admits). But Jean is also magnetic, with a mischievous smile that makes you feel as though she's up to something, but she might let you be in on it, too. Although the women in her life bicker and chastise, they love her fiercely, and it's sort of hard not to.

It's easy to think of Meghie's protagonist as a black, female Woody Allen – sans sex-abuse allegations – in terms of Jean's ability to inhabit a film world that is narcissistic and charming all at once. Jean is, as her ex-boyfriend (François Arnaud) diagnoses, "a depressive."

"I was very inspired by Hannah and Her Sisters – it is definitely one of my touchstones for film, especially this film with all its sisters, and women and family dynamics," Meghie says, adding, "Taylour Paige was just really able to bring a lovability to a very self-indulgent, indecisive character."

We watch as Jean switches between this lovability and self-indulgence on a dime. On the way to the hospital with the corpse of her grandfather whom she never knew, Jean finds herself flirting with an adorable paramedic named Ray (Mamoudou Athie) in a macabre meet-cute. Yet, we soon find ourselves sitting in the front seat of Jean's jeep as she spies on her ex and lurks near his apartment. A broken heart can be forgiven its eccentricities and tendency toward drama, but Jean can't even commit to being brokenhearted.

Jean of the Joneses is a sleek but not cold story of contemporary black life and family that plays off of some of the stereotypes associated with those experiences. For instance, even though Jean has been stuck in the dreaded blank space of writer's block, she has no problem critiquing the work of another author in her writing group whose pages aren't inventive enough for her. When she glibly suggests that not all writing from black artists has to be about pain and slavery, the other writer replies, incredulously, "Are you saying that slavery is redundant?" Jean's lip curls to the side, her eyes flit upward. She's bored with the conversation, what with its new, too-earnest political pitch.

"Jean was saying there is more than one way to represent the black experience," Meghie elaborates, adding that her decision – like Jean's – to tell a different story of modern black life is rooted in the idea that "all representations are valid and needed, but it's very important to me to have contemporary black experiences showcased in film and television." Do movies need to be universal? "No, films don't need to be universal," she says. "There are definitely films I love that are niche and only speak to certain people. But there are those stories that speak to many people, and I think Jean of the Joneses is one of those."

Meghie's biting commentary on race and storytelling is especially poignant as audiences consider the cadre of black narrative filmmaking at this year's TIFF, from Barry Jenkins's Moonlight to Vikram Gandhi's Barry. But in the programming of these promising films is the festival reacting to the (warranted) backlash of a very pale Academy Awards competition this year (remembered online as #OscarsSoWhite), or is their inclusion the coincidental result of great and timely art getting its due? It's not unfair to say TIFF's increased spotlight on black talent and narrative might be a bit of both. It can be strange to have your work premiere on the cusp of the conversation, but films do not just suddenly appear as reactionary hot takes, either – work such as Jean of the Joneses take years to develop, no matter the current sins of long-standing Hollywood institutions.

Meghie, meanwhile, isn't patient enough to merely rest on Jean's laurels – she's currently in Vancouver preparing to shoot Everything, Everything – a film based on the YA novel of the same name starring Amandla Stenberg (The Hunger Games). And with Meghie's new pilot called Funny Woman purchased by BET, a blind script deal at Warner Bros, and a script deal with VH1, Jean of the Joneses is just the first stage of the director's astonishing and promising rise. You could say that she is the next Ava DuVernay, a new Woody Allen, a second Mara Brock Akil, Shonda Rhimes,or Wes Anderson. But really, she's the first and singular Stella Meghie.

Nigeria’s Nollywood film industry in the spotlight at this year's TIFF
September 1, 2016 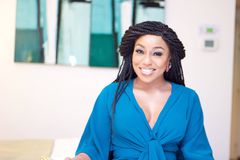 Sarah Gadon: ‘I think my generation is defining themselves as Canadian artists’
August 30, 2016 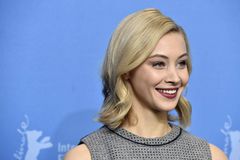 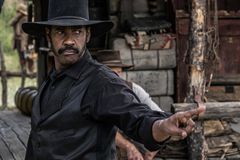