Playing a drunk in the new romantic dramedy Words and Pictures proved to be a daunting acting challenge for Clive Owen.

"That was one of the scariest things about the movie for me," the Closer star said in an interview this week at the Toronto International Film Festival.

"It's very difficult to make it believable. You can very easily get into the corny cliche."

Words and Pictures, helmed by Aussie director Fred Schepisi (Roxanne, A Cry in the Dark) pairs Owen with English Patient actress Juliette Binoche, with whom he'd always wanted to work.

The two play teachers at a privileged prep school – he is charming English teacher Jack, while she is newly hired art instructor Dina.

Immediately after meeting, the duo begin a heated debate that is niftily laid out in the film's title: Which has more merit, words or pictures? Sparks fly as they enlist their students to argue their respective cases.

The film takes a darker turn away from the classroom, however, as both are grappling with serious issues. An acclaimed artist, Dina's work has recently been disrupted by severe rheumatoid arthritis. Jack, meanwhile, is a heavy drinker and struggling writer who has a conflicted relationship with his son.

Owen, who is also at the festival with the thriller Blood Ties, says he did some cinematic research to prepare for the drinking scenes.

"I went and I actually got out lots of old films where people have played drunk, or somebody drank a lot," said the actor, who was sporting a moustache in advance of an upcoming project with Steven Soderbergh.

"The three or four scenes where I had to be really hammered ... it was something I thought about a lot and plotted. I was always concerned about it," he said.

There were no concerns, however, about working with Binoche. Schepisi says the pair clicked immediately.

"You could see when they first met that they really fired up one another, they liked one another, which was great," recalled the director. "Then we found out that Juliette could paint, [we thought] that's a relief."

In fact, all of the artwork shown in the Vancouver-shot Words and Pictures was done by Binoche, who began painting when she was about nine years old.

"My mother bought art books [detailing the history of] sculpture and painting ... and I remember I was just passionate about those books and I would pick them up on the weekend and just copy, copy, copy," said the actress.

"[My mother] knew a little bit of technique, so she started showing me with pastels."

Perhaps the biggest delight of Words and Pictures is the repartee between Owen and Binoche. Schepisi says chemistry can sometimes be difficult to achieve on a set, but his two leads made it look easy.

"They had a similar sense of humour, a similar attitude to life ... and everything. And you can see it. They just liked working together."

Added the director: "And if anything went wrong either on their part or my part, they would just burst into laughter. And I thought, 'Hey, that's a great way to work!"'

Words and Pictures does not yet have a Canadian release date. 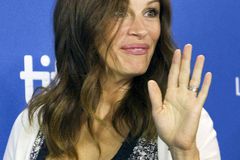 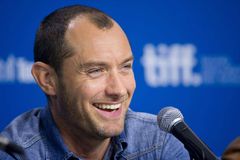