In an alternate universe, Ethan Hawke could have been a pop-culture Easter egg, in much the same way his Reality Bites co-star Winona Ryder is currently positioned, thanks to her role in Netflix's nostalgia-drenched series Stranger Things. That, or Hawke could have faded away entirely, another pretty face lost as the world moved on from slacker cinema.

Instead, the Austin, Tex.-born Hawke aligned himself with the right directors (Richard Linklater, Andrew Niccol, Antoine Fuqua) and turned into one of today's hardest-working character actors – when he wasn't busy directing films, staging Broadway plays or writing novels, that is. This week, the 45-year-old heads to the Toronto International Film Festival with two movies that couldn't be more different: The mega-budget remake of The Magnificent Seven and the independent Irish/Canadian co-production Maudie, which chronicles the life of Canadian folk artist Maud Lewis. Ahead of his visit to TIFF – his third in three years – Hawke spoke with The Globe and Mail about how to survive Hollywood.

The Magnificent Seven is your third collaboration with Antoine [Fuqua], after Training Day and Brooklyn's Finest …

Well, I saw him and Denzel at the premiere of The Equalizer in New York, and they said they were remaking The Magnificent Seven, and I asked who else was cast. No one – so there are six more parts? I'll be in that movie.

But your character here is also a big departure for you – he's haunted, more mature, perhaps.

Antoine gave me a lot of free rein. We've learned to trust each other over the years, so he knows I won't totally go off the deep end. I mean, there is something dynamic about [my character] Goodnight, a former Confederate soldier who's now partnered with Denzel. How could that be? Antoine had one idea – to keep picturing Goodnight as if Christopher Walken's character in The Deer Hunter was a Civil War veteran. Just a shattered person.

Racial dynamics are front and centre here. How important was it for you to present a vision that looks to America's past and maybe its present?

I'm proud of the movie for that exact reason … I have this scene in the movie where I'm telling Denzel's character that for me, the war's not over. It's funny because I was driving to set that day, and the talk radio was all over the Confederate flag issue, whether it should hang in the South Carolina capitol. Race has been more part of the news now than in the earlier part of my life. It seems to be everywhere, and there is a feeling that the war isn't over. The film is still fun, that's the main spirit of it, but at its core it's working to a positive message. Did that make sense? This is my first interview on the movie – I haven't come up with my cute statements to make about it.

Makes sense to me. But you know, it's difficult for a mainstream movie to mix those things: be entertainment, and deliver a solid message without feeling crass …

There's only a handful of people like Antoine working today who can make art inside the Hollywood infrastructure. It's really hard, very difficult. The machine is oriented to kind of stop that.

Speaking of the machine, though, you seem to have one foot firmly planted in the mainstream and one in independent cinema. How do you balance that?

It's hard to say – a lot of us just play the cards we're dealt, and you play them to the best of your ability. One of the things where I differ from some people is that I just love all kinds of movies. I enjoy Eric Rohmer films and Steven Spielberg movies. There's a great Cassavetes quote about "I like anybody who makes a movie as long as they put thought into it." My first love will always be independent cinema, which isn't designed to make money. But you know, people also need to go to a movie on a Saturday afternoon sometimes.

What, then, do you think about the current state of studio cinema? It seems that there's a move away from the more middle-budget dramas that you've starred in.

I like to use [Linklater's] Before films as an example: Before Sunrise, that was a studio film. The second was a studio ancillary. Then the third was entirely independent. I'm not a comedian, I don't want to be an action star – I want to be a dramatic actor, and that job is getting harder and harder. Born to Be Blue, which was at the festival last year, I'm really proud of it, but it's incredibly hard to get it seen. When I started working, that would have been released by a studio. Gattaca, that wouldn't maybe be released by a studio today.

Does that pressure to create something marketable put strain on the creative process?

I don't know – it's always hard to make anything beautiful, worthwhile and substantive. Of course the studios want to do franchises – they'd get fired if they didn't make money. Zombies and hot chicks will put asses in seats. To be crass about it, that's how those guys think. 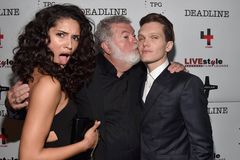 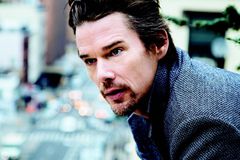 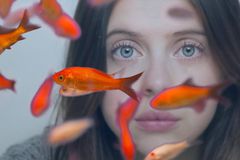