At the end of a hideous summer that saw the death of more than 2,000 in the Gaza conflict, is there any hope for a reconciliation of Jews and Muslims? And do films have anything to offer on the subject beyond escapism?

The most prominent of several films at this year's Toronto International Film Festival that offer examples of co-operation across the great divide is Rosewater, also the directorial debut of The Daily Show host Jon Stewart. Stewart adapted the script from Iranian-Canadian journalist Maziar Bahari's bestselling memoir, Then They Came for Me: A Family's Story of Love, Captivity and Survival, which describes Bahari's 118-day ordeal in a Tehran prison in 2009.

Stewart is Jewish, and his occasionally critical views on Israel have earned him admiration among youth in the Arab world. Bahari was born in Tehran and educated in Montreal. His first documentary, The Voyage of St. Louis, is considered the first film by a Muslim about the Holocaust. On Sunday morning, as church bells were ringing outside, I asked them to talk about cultural bridge-building. They laughed.

"That's where we met – right in the middle!" said Bahari with a laugh.

"In the middle of the Venn diagram where no one likes you," Stewart added.

"It was never like: 'Oh, I want to build cultural bridges. I want to change the world,'" Bahari reflected. "That was the beauty of working with Jon. He wasn't some activist filmmaker. He has a sense of humour [and] saw it as a good story about family and family love. And then you had this important, political, historical, journalistic background."

"I think that a good story, well-told, accomplishes those things without that being the goal of it," Stewart said. "One of the biggest problems with activist work is that it values the activism above the art, and it can get in the way … You can't create work with a goal in mind in regard to peoples' reaction. The goal is to tell this really compelling story as best we can."

Another Jewish-Muslim-made film that uses entertainment as an ideological disruptor is the National Film Board produced The Wanted 18, a serio-comic documentary by Canadian Paul Cowan and Palestinian animator Amer Shomali. The story is set during the first Palestinian Intifada (1987-1993), when 18 cows were imported from Israel to a West Bank collective farm, and became a symbol of Palestinian resistance.

Producer Ina Fichman, who is Jewish, commissioned the film after hearing Shomali's idea at a pitch session in Ramallah, the major city in the West Bank. Shomali wanted to make an animated film, but Fichman felt it was essential to expand it, to show the real context. There were some deliberate choices to make it friendly for a wide audience: The Palestinians interviewed don't wear keffiyehs. They're well-educated, they speak English.

"I wanted to humanize people in a very polarized situation," Fichman said in an interview. "To me, it was about getting back to what's been left out of the conversation: What the Palestinians dreamed of and wanted: self-sufficiency, basic rights, to have a life. I'm not trying to preach to the converted. A colleague in the States said, 'You know, it won't bring people over to one side or the other – but it may open up the conversation."

Invaluable to this "conversation" is This is My Land, a first-person documentary by the young Paris-based Israeli director Tamara Erde. Her exploration of education in Israel and the West Bank reveals how education focuses on alternative victim narratives, leaving kids on both sides fearful of their futures. 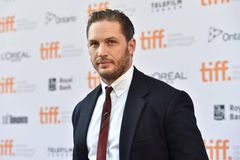 Liam Lacey’s TIFF diary: What Bill Murray did on his special day
September 5, 2014 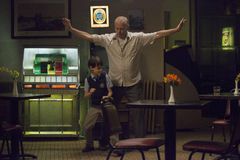 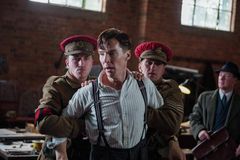