Programming notes for the Toronto International Film Festival can often be hyperbolic – "bracing," "game-changing" and "jaw-droppingly audacious" are the go-to adjectives as curators struggle to ensure their picks stand out from the pack of roughly 300 features. But there is one description in this year's TIFF program that fits almost too perfectly – the line that refers to Matt Johnson as a "Can-con bad boy."

The 31-year-old writer-director-actor has become a polarizing figure over the past year; so much so that it's almost impossible to discuss the state of the homegrown industry without someone either praising his name or spitting all over it. The shift started this past winter when Johnson was busy promoting his new film Operation Avalanche and took the opportunity to point out how he deliberately shunned TIFF in favour of Sundance.

"Films that my friends have made seem to get lost in the Hollywood massiveness of TIFF," he told Globe and Mail contributor Calum Marsh. "It seems like you rented out the theatre yourself – that's the vibe. Your friends come to the screenings, and people think, well, of course they played TIFF. It's expected. There's no victory in it."

To achieve any victory, though, there first has to be a war, and that's just what Johnson started. Suddenly, TIFF and other institutions like Telefilm were forced to defend their existence, and arguments over both institutions rippled across the arts community. But perhaps the most surprising outcome of the firestorm was that he was not shunned by TIFF, but actually invited to this year's festival to premiere his new Viceland series, nirvanna the band the show.

"It's funny for me because personally, it's hasn't really changed, my outlook on them and their outlook on me," says Johnson. "It wasn't that things got misconstrued, but it was the first time somebody had been critical about the film festival in the media. So right away it created a balance of, okay, this guy is anti-TIFF. But all I was doing was looking at it critically and saying there could be things they could fix. And all these great things came out of that."

One of which was the Breakfast at TIFF initiative, a series of discussions intended to bridge the gap between the creative community and the industry gatekeepers. "The challenge he put to the establishment in Canadian film is an important one, and it was good to hear other people react to that challenge as well," says Cameron Bailey, TIFF's artistic director and the moderator of the inaugural breakfast session. "I just hope he doesn't feel like he's becoming a party to the establishment, but there is that risk as well."

Whatever the debate and its theoretical outcome, though, TIFF organizers stress that Johnson's work speaks for itself. "I'm a long-time fan of Matt's, and I've always admired his work – and the TIFF Breakfast was very fruitful and helpful," says Michael Lerman, programmer of the festival's Primetime lineup, which focuses on television and will premiere the series on Saturday. "I want to make clear that none of that had any bearing on taking the show or not taking the show – because the show is amazing."

Indeed, nirvanna the band the show (the extra "n" is there for legal reasons) is quite possibly the funniest and most daring project (film or TV series) to play this year's festival. A revamped version of Johnson and creative partner Jay McCarrol's cult Web series, it follows slightly fictionalized versions of the pair as they try to stage a gig at Toronto's Rivoli, with increasingly disastrous and hilarious results. Like Johnson's film work (The Dirties, Operation Avalanche), nirvanna the band the show is filmed in a mockumentary style, though it occasionally twists itself back into the real world, as when the pair visit Sundance in a genius bit of meta-humour that must be seen to be believed.

TIFF will screen three episodes of the show – an event that Johnson insists doesn't contradict his original thoughts on the festival as a whole.

"My criticisms of Canadian feature programming are not at all associated with television – there's no skin in it for television, we're distributed already," he says. "It's basically just a celebration of this work, not about discovering it at all. TIFF doesn't need to do work to prop it up because it's TV."

Meanwhile, as the debate around the Canadian film industry keeps swirling, Johnson finds himself overloaded with commitments, including season two of nirvanna, as well as preparing for Operation Avalanche's theatrical release (it opens Sept. 16 in select U.S. markets, and Sept. 30 in Toronto). His dream project, though? Why, every young Canadian filmmaker's dream – a horror-mockumentary about Prime Minister John A. Macdonald.

"It's about H.P. Lovecraft's father being taken in by a Quebec cult that is trying to use Canada to raise an elder-god, and John A. Macdonald tries to stop it," Johnson says, his grin a mile wide. "I think it's crazy, but the plan is to try to shoot it in the same style as Avalanche, but set in the 1800s."

Asked whether he would make it with a U.S. company like Lionsgate, as he did with Avalanche, or one of the Canadian producers he's been busy slamming in the press, he quickly names one homegrown company, before quickly adding, "Just kidding. I don't think they'd have anything to do with me." 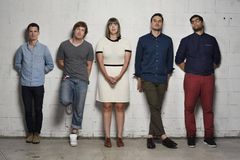 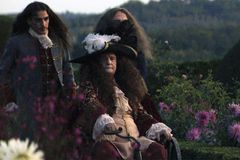 Nate Parker’s The Birth of a Nation heads to TIFF with a charged history
September 7, 2016 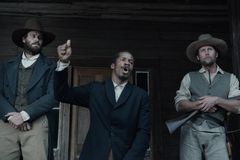 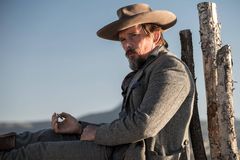