Lest anyone think the current preoccupation with the lives of film celebrities is a 21st-century invention, they have in fact been popular fodder since the 1930s.

"In those days, I think people were looking to film, through fan magazines, movie magazines and fashion magazines, for this idea of how they would dress and what they should aspire to," says Michelle Finamore, curator of fashion arts at Boston's Museum of Fine Arts and co-curator of its new exhibition, Hollywood Glamour, opening next week.

The exhibition includes examples of the wardrobes and jewellery of stars such as Mae West, Greta Garbo and Joan Crawford, the icons who populated the period's top celebrity magazines, Photoplay and Silver Screen. In their pages, fans could learn more about the daily routine of their favourite star or where to shop for a more affordable version of the luxurious Marlene Dietrich rope pearls on display in the exhibit.

"There are a number of cultural and social forces at work that have led up to this moment where movie viewers are looking at the stars for inspiration and for fashion ideas," Finamore says. "And it all crystallizes in the thirties and forties."

At the time, "there was this whole idea of cinematic types and they became more prevalent in the literature in the 1930s. 'Are you a vampish type? Are you a wholesome girl-next-door type?' The magazines proposed these ideas and ideals as represented by the movie stars and then how you could achieve them at home."

It also led to the notion, she says, "that you can, [via] your makeup and your hair and your fashion, as movie viewer and fan, approximate the archetypes."

The medium, Finamore adds, has since shifted over time, although it isn't the Internet that has replaced film as the fantasy vernacular; it's the celebrities themselves who are the lingua franca. Every image of movie stars parking their cars or getting a latte in celebrity media like JustJared or US Weekly, each paparazzi shot of shopping or jogging or walking the dog is as much an annotated shopping catalogue as formal fashion shoots are.

"I think this whole idea of escapism and also this notion that, even through one small change you can effect upon yourself, you might be able to participate in that ideal, are still very interesting parallels to think about," says Finamore.

Today, there's the celebrity lifestyle magazine InStyle, now in its 20th year. The concept was a People magazine spinoff in 1994; its debut issue featured Barbra Streisand in a sweater-vest, leaning on a rustic barnboard cupboard and inviting readers into her "casual country home." Nowadays, InStyle not only includes lavish spreads of the high life – red-carpet awards, openings, nightlife – and carefully staged personal spaces, it also devotes space to impromptu paparazzi and gotcha moments – celebrities on the street, seemingly unaware.

While there are some parallels between the 1930s and the post-2008 economic downturn, celebrity now is as approachable as it aspirational. The reality-fantasy proposition conveniently bridges the disparity between the have-nots who are paying attention to the have-a-lot celebrities, thereby not alienating the very people who make them possible.

Some elements of aspiration never change: A Steichen portrait of Gloria Swanson dripping in gems in a liquid satin gown has become Charlize Theron gliding through Versailles's Hall of Mirrors in the new J'Adore perfume commercial for Dior. The difference is that a star like Theron will readily boast in interviews to have the same fitness, child-care and time-management issues as everyone else – and has the harried paparazzi photos that would seem to prove it.

"This whole notion of seeing the movie stars in their sweatpants and in their sneakers going out to get their Starbucks" is fascinating, Finamore says. "You would never have had that happen in those days because everything was so tightly constructed and controlled."

But even seemingly random photo opps are no less calculated. Celebrity marketing pioneer Susan Ashbrook's 2011 book, Will Work for Shoes, a look at the business behind red-carpet product placement, hints at the juggernaut of everyday products that change hands every day. In one example, Ashbrook seeded Speedo swimsuits with stars such as Brad Pitt and Cindy Crawford (even sending kids' swimwear) and hit pay dirt when Matthew McConaughey was photographed learning to surf in a pair of the brand's board shorts; the image appeared in all the celebrity magazines and websites.

"When I do the comparison between how people would respond then and now, I think that, in the thirties and forties, what they really wanted was that idealistic image of their icon. And that is very different today," Finamore says.

There may be a red carpet every weekend, but life is every day. The board shorts and sweatpants aren't just more affordable than the pearls, but also more relatable. The idea that stars are just like us ("They pick up their dog's poop!") may be as much a fantasy as the idea that they woke up looking perfect. But by participating in the charade of being relatable and approachable – how else to explain Instagram shares of Kim Kardashian in a waist-cinching corset or a newly buff Chris Evans grimacing as he puts in the required hours at the gym? – we can participate even more fully in the dream and glamour when we see it on the red carpet. 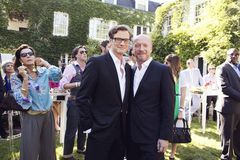 Cheers to TIFF: Three fresh festival cocktails – where to get them (and how to make them at home)
September 4, 2014 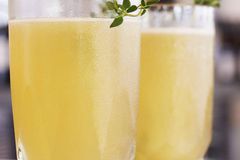 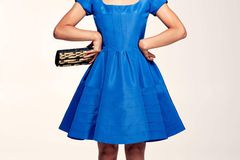