Some people think it's a fallacy to judge films based on their latent political/cultural messaging. Given the long production times of most big-budget movies, it's often just impossible (or at least highly unlikely) that something like Avengers: Age of Ultron is making a subtle commentary about, say, the Syrian refugee crisis.

This is ostensibly a valid argument. But it opens up another fallacy – of intention. Who cares what a movie or its maker are trying to say? A work of art – or commercial entertainment – is constituted by what we make of it. I'll probably always be a person who watches films for what they're saying about our time. I can't watch a Hollywood blockbuster without rubbing my sweaty face, half-panicked, all "Okay, but which one's Palestine?" And this tendency has spiked lately, as politics have shifted to the front of my mind in light of the imminent federal election (and the Republican primaries in the United States).

At first glance, the TIFF 2015 lineup is full of political movies. There's "issues" stuff such as About Ray, Freeheld, Sicario and The Danish Girl. There's also big-ticket fare such as Trumbo, a showcase for Bryan Cranston as blacklisted Hollywood screenwriter Dalton Trumbo, and Ben Wheatley's class-warfare thriller High-Rise.

But so far the best political kick I got at TIFF was a film that doesn't have much to do (directly, anyway) with my own experience as a politicized white man living in Canada. That film was Argentinian Pablo Aguero's Eva Doesn't Sleep. Based on a series of historical incidents in Argentina after the death of former first lady Eva Peron – including her embalming and the disappearance and return of her corpse in the 22-year period following the 1955 revolution – Aguero's movie reflects on the horrors, and corresponding hopefulness, of history.

The narrator is a frothing admiral played by Gael Garc ia Bernal, who calls Evita a "bitch" and is hellbent on destroying her legacy – tracking down her corpse, only to bury it under metres of cement. Aguero cuts together re-enactment, documentary footage and fabulation (including an amazing sequence in which another military leader, played by Denis Lavant, gets drunk and quarrels with an underling), making Eva Doesn't Sleep at once deeply unsettling and deeply sad.

Watching it – especially the scene in which Peron's corpse is interred in concrete – I couldn't help but think about a Canada that seems to have lost its way, where the things many of us used to believe in now seem like they're festering in the foundations of a world we barely recognize. But among its oddness and creepiness and depictions of fascist cynicism, Eva Doesn't Sleep ends on a powerfully upbeat note, with documentary footage of what looks like millions of Argentinians carrying candles in memory of their beloved Evita.

I can't reasonably believe that Pablo Aguero had the feelings or political hopes of some 29-year-old Canadian in mind when he made Eva Doesn't Sleep, but it resonated all the same, like an echo ringing out through the chambers of history. 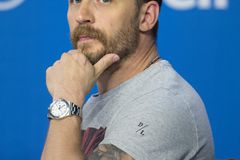 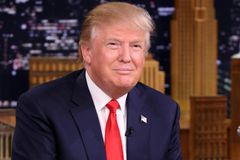 Scenes from TIFF: The pleasure of thinking about the movies (and not just the celebrities)
May 15, 2018 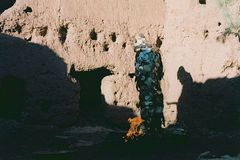